In parts 1 and 2 of this article, we’ve covered the first 4 of 11 things that you should do to find the right Michigan DUI lawyer. To make this article more interesting, I’ve called these things the 11 “R’s” because each one begins with the letter “R.” In our last installment, we saw how you should rate those skills that a lawyer can bring to make things better in your DUI case. While there are certain skills that are just always good, OWI cases, by their very nature, involve an almost endless combination of people, places and other things that can make certain legal skills extremely useful in some situations, and utterly worthless in others. We’ll resume here and look at another important topic – money. 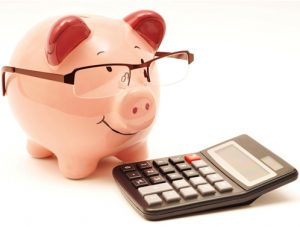 Resolve your budget. You need to know how much you can and should spend on a lawyer. These are always separate questions. If we’re going to be honest about it, some people simply cannot afford a better lawyer. There are plenty of “bargain” lawyers out there, but if there is one universal truth about legal fees, it’s that you’re never going to get top-notch services from a cut-rate lawyer. On the flip side, however, it is almost nearly as easy to pay too much for mediocre services. Whatever else, a person simply cannot pay what he or she cannot afford. You need to be honest with yourself about what you can do here, and that’s one of the reasons I publish my fees. I just do not have the time (and it would be unfair to take it away from my paying clients) to spend with every caller, going over case details for those who cannot hire me. Personally, I am suspicious of any person or company that is secretive or not upfront about costs, so to me, listing my fees is only natural.

When it comes to those fees, I’m definitely not the lawyer for someone who is primarily concerned about cost. I have a specialized background, but still consider my fees reasonable, even though they are higher than those charged by bargain lawyers, who make their money by pleading out the greatest number of cases as quickly as possible. My practice is pretty much the opposite of that. This brings us to the idea of how much you should spend for a lawyer. As much as a person needs to find a lawyer who is a good fit for themselves, a lawyer (at least one whose survival does not depend on getting any and every potential client) should also be looking for a client that is a good fit for his or her way of doing things. Even if I could make more money quickly hustling cases through an assembly line type system, I’d rather spend more time on my cases and do everything the right way.

In addition to the low cost lawyers whose goal is to plead out OWI charges at warp speed, you also have some lawyers who know how to put on a real dog-and-pony show by fighting every aspect of a case just for the sake of fighting (and charging fees for it). This creates the appearance that a lot is being done to make the case go away, when in fact it’s just that a lot is being done, and much of it is to no benefit other than to the lawyer getting paid for it. In terms of evidence, there are certain things that should always be examined in every case. In my office, for example, it’s standard operating procedure to get the police dash-cam video and watch it. We learn a lot from that, and it proves helpful in ways beyond the mere possibility of using it to get a case thrown out of court. The thrifty lawyers don’t do this, and even if they did, they probably wouldn’t know what to look for.

When you’re paying for it, there should always be a good reason for anything that’s done in your case. This is where you have to be a smart shopper, and not just a nice person. You certainly don’t want cheap, but you don’t want to get screwed over, either. You can just as easily get fleeced by paying for stuff you don’t need as you can by paying for work that’s not done. What I mean is that there are plenty of lawyers who don’t concentrate in this field who quote fees way above what they’re worth. Often, they don’t know exactly what to do, so they don’t do much, and certainly not enough to be of any help, while the poor client thinks that just because they’ve forked over a boatload of money, they’ve hired the right attorney. At the other end, you have the operators who will charge a king’s ransom, and then plow forward and do all kinds of useless work.

Imagine you need to rent a hall for some kind of function, like a retirement party for a co-worker. The bargain hall is filthy, in a bad neighborhood, and stinks. It’s way cheaper than all the others, but it’s also far from good enough. The most expensive hall is beautiful, clean, and located in a safe, well-to-do part of town. The fee is very high, and it includes an expensive crystal vase as a party-favor, keepsake kind of thing. That’s simply a waste of money. The better consumer will look for the things that matter. The hall should be in a good location, but it doesn’t have to be in the most expensive suburb, either. The hall should be clean, but it doesn’t need diamond chandeliers. The food needs to be good, and for the people that are going to attend this party, a good, hearty meal will be a lot more important than a small plate of “foo-foo” cuisine and some swanky, useless gift.

In other words, you shouldn’t pay too little, or too much, and you shouldn’t pay for things you don’t need. Unfortunately, it’s easier to shop that way for a hall for some party than it is to find a lawyer for a new DUI charge when court will be coming up soon. Even so, there’s simply never any reason to be anything less than the best consumer possible. One constant, however, is that if you do want a better grade of legal representation, you’re going to have to pay for it. It’s your money, so make the best of it.

As a general rule, the kind of people who become my clients are people with lots of questions. Because of how nice we are and how we explain things, my office tends to attract those people who have a lot of concerns and want them addressed specifically, meaning they’re not content with a kind of general reassurance like, “don’t worry, it’ll all be fine.” For my part, I’m more comfortable explaining how things work and what to expect to someone who is really nervous than I am looking across the table at someone who I don’t think fully grasps what’s going on, or, worse yet, some blowhard, lawyer wanna-be who wants to tell me how things should work. Some people spell trouble the moment they open their mouths. Although I’m in business to make money, I’ve had the good fortune of having developed a busy enough practice so that I don’t need to take every case that comes my way. Thus, the selection process is (or at least should be) a 2-way street. In that sense, among the characteristics that typify my clients, they are always people with good jobs, or at least good resources.

Everyone is interested in price, but some people have to ask because they know their limits.  That’s fine. Very few lawyers (especially DUI lawyers) are at the “if you have to ask, you can’t afford” level, but my clients are people who are most interested in outcomes and results first, and then figuring out what it’s going to cost, second, rather than the other way around. You should always look for value, but that’s very different from looking for a bargain. I’m not insensitive to the fact that many people cannot afford to think this way, but I also know that in many areas, a choice needs to be made between quality and cost. Most people just kind of know this in their gut, but not everyone. Unfortunately, some people will be so cost conscious (cheap) that they’ll cut their nose off to spite their face (save a buck) and wind up with inferior results.

When someone contacts me about a DUI and asks, “How much do you charge?” –  I know two additional things right away. One, the person isn’t really observant, because I post my fees on my site and this blog. Two, the person doesn’t read much, because if he or she did, then the first question they’d have wouldn’t be “how much do you charge?,” but rather something more rooted in the facts of his or her case. I don’t want to be cornered by some prospective, bargain-hunting client who is going to expect me to follow his or her legal strategy about how and why the case should be dismissed.

This may sound like a fine distinction, but it’s really not; I want to represent the kind of person who will ask me what I think about how the evidence was collected in his or her case, or if there may be an underlying legal issue regarding that evidence. I don’t have the patience for some know-it-all, and even if we did sit down to go over their case, that kind of person isn’t going to like my approach, either, simply because it’s not his or her approach. This involved more than me just being happy to explain things; I’m NOT happy if any of my clients don’t understand what is happening, why, and what we’re doing about it. Years ago, a clothing store had a slogan that fits my office perfectly, “An educated consumer is our best customer.” There is often a huge difference between the things you want to hear and those you need to hear. This brings us to the perfect place to stop. We’ll resume in the next installment by checking out the danger of buying into what you want to hear, and why you should resist that.