This will be the 5th installment in my series about how to find the right lawyer for your DUI case. In the last section, we examined how you should be careful to not get tricked into handing over your money just because someone tells you what you want to hear. In this piece, we’re going to look at 2 things related to that: rejecting meaningless slogans and maintaining a healthy skepticism. The ultimate goal of this series is to help you make a wise choice and be a good consumer as you look for a DUI lawyer. Much of what we’ll examine has far more universal application, but my goal is to make sure that someone knows what to look for, and look out for, as they navigate the field of lawyers wanting their business. 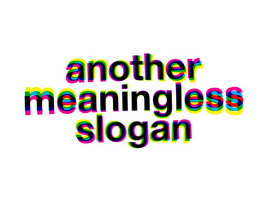 Reject the meaningless slogans. Lawyers talk a lot, but they don’t always say much. Before the internet, lawyers were pretty much limited to advertising in the phone book. When the Yellow Pages ruled the day, space was extremely limited (and it still is, when you think about things like magazine ads), so the goal was to make your point in as few words as possible. Lots of lawyer-type catchphrases were born back then; things like, “tough,” “aggressive,” “experienced,” “I will fight for you,” and “results matter.” “Results matter” is probably the dumbest thing anyone could ever say (and I’ve said it!), because of course results matter. That’s like a restaurant running an ad that says, “your food should taste good.” Welcome aboard; Captain Obvious is on the bridge.

Being “tough and aggressive,” to a reasonable extent, are minimum qualifications for a lawyer doing any kind of criminal and litigation work. In that same way, a surgeon can’t be squeamish, nor can an airplane pilot be afraid of heights. For a lawyer to be “tough and aggressive” beyond a reasonable extent takes him or her into “hostile and irrational” territory. Any lawyer you consider hiring should have experience. Look, the bottom line is that you’re either paying for a lawyer’s experience, or you’re paying his or her tuition to get it, and that’s never good. There is a usual learning curve, and just as newer physicians are supposed to gain experience through their residency, younger lawyers typically cut their teeth handling court-appointed cases.

When you pay for a lawyer, you damn well expect him or her to fight for you. It’s not, however, that any lawyer who doesn’t say “I will fight for you” is a sellout, but rather that the better class of lawyers will not rely on that somewhat overused phrase as her or her marketing slogan. Mercedes-Benz doesn’t have to advertise its reliability. Fighting for a client means something different from and more than just opposing everything; it means being your client’s ambassador, and actually helping him or her get a better outcome. It requires standing firm when you’ve got the better side of things, but compromising for a better outcome when you don’t, and knowing which side your on at all times.

Any slogan is fine if it grabs your attention and helps you find a lawyer who provides real information, explains things clearly, and answers some of your questions, but standing alone, slogans have no real value. The same can be said for many other things lawyers promote about themselves, like, I am a former prosecutor (so what?), or I am a former police officer (again, so what?), or I went to an Ivy League law school. The bottom line is that you either passed the bar exam, or not. There are no DUI classes in any law school I’ve heard about. The best way to handle a Michigan OWI charge in court, is something that is learned outside, in the real world. This leads me to my next point, that you should always read everything you encounter with a healthy dose of skepticism.

Remain skeptical. Every lawyer wants to sell his or her services. As honest and helpful as I am (or at least think I am), I’m no different. One of the mantras I repeat all the time is that you need to be a good consumer and check around. If there’s one giant takeaway from this whole series, it’s that you need to do some homework to find the right lawyer for your DUI case. Why would anyone NOT check around? Beware of any lawyer who wants to see you right away, before you can speak with anyone else. I work the opposite way, and specifically encourage checking around. People will spend hours on facebook, or watching ball games, or partying, so why should finding a lawyer take any less time? Being skeptical means that you should evaluate everything you read and hear from all lawyers with your BS filter on high.

You must read between the lines. That’s not another “R,” but rather a technique to use as part of being intelligently skeptical. Think of all the things we’ve covered thus far, and how I’ve suggested that when lawyers talk about their skills, you ask, “what will that do for me?” More importantly, be extra skeptical as you plow through various websites, many of which hint that there are many things that can go wrong with a DUI case, but all you need to do to get out of yours is call the number on your screen. Seriously? Then how come rich and famous celebrities wind up on probation for DUI cases? Is it because they didn’t find that particular lawyer here, in Michigan?

No matter how much you may want to hear something, the old saying that “if it sounds too good to be true, it probably is” always applies. Sure, some people are fortunate, and the police trip all over themselves processing their drunk driving case, but if you’ve already been arrested for a DUI, it’s not like your on any kind of lucky streak, is it? I’m not suggesting you shouldn’t check everything out; quite the opposite, I am suggesting that you do just that. Check everything out. Make lots of phone calls and ask lots of question. But never forget that every lawyer is in business to make money. That doesn’t mean there aren’t plenty of honest lawyers out there, but at the end of the day, everyone wants to make a sale. If you doubt that, even for a second, then I sincerely wish you good luck, because you’re going to need it.

Another thing to be skeptical about is the need to make an appointment to go into some lawyer’s office to talk things over. There isn’t anything you can’t say over the phone; the “lawyer-client” privilege applies to all communications no matter how they take place. I remember, once, many years ago, an older lawyer telling me how I was missing out by not having people come in for a consultation, because, as he explained, once you get them in the chair and take some information, they’re less inclined to get up and go elsewhere. Ugh! I cringed then, and I cringe now. I would NEVER want to be treated this way, and I won’t do it to anyone else. I am lucky enough to be too busy to have time for free office appointments, anyway, so doing my consultations over the phone, right when a person calls is much more convenient for me, as well.

For all the distinctions that we could examine, the simple fact is that things should be made clear to you. I mean this comprehensively; as you look at various lawyers, you should know that they concentrate in DUI cases and regularly handle them in the court where your case is or will be pending. Prices should never be a mystery. It’s second nature for lawyers to speak in ways that don’t commit to things, so we tend to use phrases like, “including, but not limited to,” “I would expect,” or “there shouldn’t be any problem with that.”

That’s not good enough. No lawyer can promise a specific outcome in a DUI case (I do, however, guarantee to win every driver’s license restoration case I take), but you should receive a clear and unambiguous explanation of where you stand in your case at any given moment. Early on, it’s understandable that a lawyer won’t have all the facts and therefore can’t be precise about much, but if you listen with your BS filter engaged, you should be able to distinguish real analysis from hopeful speculation. Remember, don’t get sucked into paying for what you want to hear. A lawyer should be able to tell you exactly what needs to be done first, and how that will affect you.

There are 2 things you can pretty much count on across the board: first, that your gut instinct is probably right, and that second, any lawyer or office that seems arrogant, bitchy, disinterested, impatient, or who otherwise comes off like a dick probably is. Your first impression probably isn’t wrong. If a lawyer doesn’t have an office staff and your call goes to his or her cellphone voicemail, then you know the kind of operation you’re looking at. Your lawyer will be your spokesperson to both the prosecutor and the Judge. If he or she isn’t precise and likable, then run the other way. Seriously. A lawyer who isn’t clear-spoken is like a surgeon with the tremors, and an a$$hole is an a$$hole. Sorry if that seems crude, but there really isn’t a more diplomatic way to convey this with the “oomph” I wanted using kinder language. And believe me, if you hand over several thousand dollars to some lawyer who turns out to be a loser, you’re going to feel like an a$$hole.

To be sure, when I say remain skeptical, I don’t mean to treat every lawyer as if he or she is a greedy, money-grabbing crook, but rather to be skeptical that any particular attorney is the right one for you. Remember, it may just be that the next one you speak with might actually be better, or at least better for you, so call the next one. When you do this, you’ll be able to come up with a shortlist of lawyers who hold your interest, and then can rank them by what you need, and what works best for you.

We’ll stop here for now, and come back in the next part to examine how you can really determine what’s really different about one lawyer from the rest (and each other), and how that’s important to your final hiring decision.