If you are facing a 1st offense Michigan DUI charge, there are 3 things you need to do in order to put it behind you, get ahead, and move on with your life. In this article, we’re going to shift the focus away from all the DUI lawyer’s legal maneuvering and wrangling to the 3 things that you should do in order to ensure the best outcome in your case. By doing them, you can avoid as many of legal penalties and other potential negative consequences from your DUI charge as possible, and minimize its impact in your life. 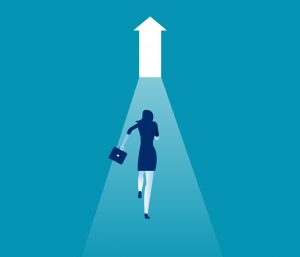 The first thing you need to do is adopt the right attitude. This isn’t meant in some generic, BS motivational way, but rather in recognition of the simple fact that your mindset can – and will – have a very profound and positive impact on how your case turns out. Of course, everyone who gets a DUI will swear to the moon and back that it will never happen again, so what we’re talking about here goes well beyond that, and requires a person to actually think this all the way through, to the point of actually making sure it never happens again.

In a recent 4-part article about getting out of a DUI charge as quickly, painlessly, and completely as possible, I pointed out that many people will say things like “I just want to get this over with.” While such feelings are understandable, in the real world, there is almost never a benefit to rushing through a DUI case. In fact, most often, better results come from slowing it down. One of our key takeaways from that discussion was the importance of a person adjusting his or her attitude and having the necessary patience to manage time and get the best result in his or her case.

This requires a person to embrace a general willingness to do whatever is best for him or her self, both in the short run, and the long-term. To be sure, anyone can just go ahead and wrap up a DUI case rather quickly, and just get through it, but there are a lot of considerations that are farther-reaching and more important than just being “done” with it.

Ultimately, every person will want to get through his or her OWI (“Operating While Intoxicated,” the actual legal term in Michigan for what everyone just calls a “DUI”) case as quickly, painlessly and completely as possible, but the best way to do that is by following an intelligent plan to make sure the fallout is as minimal as can be.

All that having been said, the second thing you must do is to be willing to stop and take an honest look at your drinking. Here, I’ll caution the reader to NOT run off at the mention of “drinking,” thinking this is going to be some whiney diatribe about how you need to reign in your alcohol use, because it’s not.

It is a FACT that the overwhelming majority of people who get a single DUI do not have any kind of drinking problem, and never get another DUI, either. Statistically speaking, that means that it’s highly unlikely the reader has any kind of problem with alcohol.

However – and this is important – it has also been proven again and again that, as a group, people who get even a single DUI do have a noticeably higher rate of drinking problems than the population at large, meaning people who have never gotten a DUI.

Put another way, the answer to the question whether or not anyone charged with a 1st offense DUI has a drinking problem is probably not…

This illustration will help explain that point:

Imagine that you are given the task of going out to find and survey 1000 people, at random. You are told that it doesn’t matter who they are, or where you get them from (you can get all 1000 from one city, or you can get 500 from the east coast and 500 from the west coast, or you can get 20 from each of the 50 states). The only condition is that they all must be of roughly normal enough intelligence to either have, or to at least be able to get, a driver’s license.

They will be called “Group A.”

Next, you are told to do the same thing all over again, but that there is 1 added condition: every person in this next group of 1000 must either be currently be going through, or have previously had a DUI.

These folks will be called “Group B.”

Study after study has shown that no matter what kind of testing instrument is used, Group B will ALWAYS display a higher incidence of drinking problems than Group A.

This means that anyone who is either going through or who has had a DUI is statistically more likely to have a drinking problem than someone who has never had one.

There is a lot to all of that, but we’re going to fast-forward though it, to get to what’s really important: Under Michigan law, anyone going though a DUI must undergo a mandatory alcohol screening to determine if he or she has, or is otherwise at risk to develop a drinking problem.

That also is a huge subject in its own right, but we’re going to blow right through that, as well, skipping past the court’s role in it, and, instead, looking at your role.

Part of having the “right” attitude means taking a quiet break and really evaluating your relationship to alcohol following a DUI. This is not the time for some defensive or reflexive “I don’t have a problem” answer, but rather an opportunity to look at your DUI in hindsight and ask yourself if the whole thing really was an isolated incident, or not.

This means that you must be willing to take stock of what led to your DUI and genuinely plan to make sure it never happens again.

If, for example, you’re on a bowling league, or softball team, or you golf, or otherwise get together with a group of people who drink moderately, and although you normally have a beer or 2 with them, the day you got your DUI was an exception because you drank more than usual, then note that.

Make it a real point to never forget the hassle of your DUI.

The point is to NEVER allow yourself to rationalize getting behind the wheel after over-indulging by thinking, “I’m okay to drive.”

What’s the expense of an Uber, Lyft, or Taxi ride, compared to a DUI (and a likely 2nd offense, at that), which, by law, requires the automatic revocation of your driver’s license, leaving you unable to get it back for at least 3 years, and probably even longer?

However, if you often or usually drink the same amount in any setting, and the only difference this time was that you got caught driving while over the limit, then you have a different issue.

If this is the case, then the third thing you must do is be ready to honestly admit that your relationship to alcohol has grown troublesome, at least in some way.

Whether your alcohol use is a big issue or a small one, and what, if anything, you should do about it, are important concerns, but they go beyond the scope of this article.

Instead, all we want to get at here is the idea that if you normally drink enough to be over the limit and you then drive, you have to step up and be ready to work on that.

If that’s a situation any of our clients find themselves in, the my team and I will make a referral to our primary counselor who can actually help, and not merely lecture or preach.

We know that it is never a good idea for anyone to be forced into help they don’t need, or to try and get help using some method that’s not a good fit for them. Our primary counselor takes a holistic approach that first seeks to connect a person with the kind of assistance (this can be any combination of education, counseling, or treatment) that works for them.

For example, everyone knows about AA. To be sure, AA is a great program, but the simple fact is that it is NOT the right fit for the vast majority of people.

Circling back, and by way of summary, you need to approach your DUI with the attitude that you will do whatever is best for you.

Next, you need to look at your drinking and honestly evaluate whether your DUI was truly a one-off, or if it is more a consequence of your overall relationship to alcohol.

In other words, when you’re facing a DUI, you have to look at your drinking and ask yourself: has it grown troublesome in some way, and did that lead to the arrest, or was the situation unusual in that you drank more than you normally do in similar circumstances, and then wound up trying to drive?

If your DUI really is an out-of-character incident, then you need to look at the circumstances surrounding it and make sure you never put yourself in that predicament again. This can mean anything from simply being smarter in the future, to not going to certain places or hanging out with certain people, or avoiding specific situations outright.

If your DUI was really a “one-off,” and not the result of an underlying drinking issue (even if it’s only something occasional, like binge drinking), then you need to be ready to address your behavior and choices and do things differently in the future.

By contrast, if you got a DUI this time, but it could have been any other time because you are at risk to over-do it, then you need to be ready to address your relationship to alcohol.

Every single person who appears before a Judge for a DUI will promise that it will never happen again, and they all mean it, at least when they say it.

The key, though, is to actually make sure it doesn’t. As an old saying goes, “Nothing changes if nothing changes.” Simply saying it won’t happen again is meaningless; you actually have to take steps to ensure that.

At the end of the day, most people can emerge from a DUI case largely unscathed. Our firm lives by the motto that Success in a DUI case is best measured but what does NOT happen to you.

With the right attitude to follow-through, whether your drinking is any kind of problem or not, your DUI can be used as a teachable moment so you can move forward, either by being more careful in the future, or by addressing your relationship to alcohol so that you never find yourself in this position again.

If you are facing a DUI and looking for a lawyer, be a smart consumer and read around. Pay close attention to how different lawyers describe the DUI process, and how they explain their various approaches to it.

If your case is pending in the Greater-Detroit area (meaning anywhere in Wayne, Oakland, Macomb, Lapeer, Livingston, St. Clair or Washtenaw Counties), we can help.