As Michigan DUI lawyers, we genuinely understand the emotional toil that facing a DUI can take on a person. Over the span of 30 years, and throughout thousands of cases, I have listened to the concerns and worries people have as they go through the DUI process. None of our clients ever imagined themselves in this situation, and many of them are a bit freaked out about having been arrested for drunk driving, and worried even more about having to go to court to deal with a criminal charge that carries a potential jail sentence. 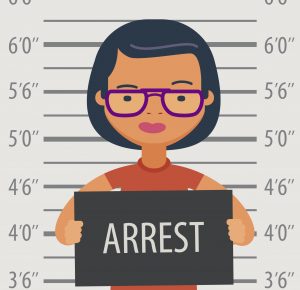 It’s important to begin by pointing out that jail is highly unlikely in a 1st offense DUI case, so if that’s your big worry, then take a deep breath right now and relax. Consequently, it’s really a waste of time to go looking for some lawyer who positions him or her self to “save” you from getting locked up when that’s not really on the menu in the first place. Moreover, any lawyer who would knowingly let a person fear incarceration when it’s so improbable is either dangerously inexperienced, or dangerously dishonest. Either way, that kind of lawyer should be avoided like the plague.

In a somewhat recent, 4-part article, I explored the relevance of a phrase often used by our senior assistant, that a DUI is about your drinking, not your driving, and examined why, in drunk driving cases, the courts are more concerned about a person’s relationship to alcohol than anything else. I wanted to make clear there that the court’s goal is to ensure that anyone who gets a 1st DUI never gets another. In this piece, I want to change the perspective to our point of view, as DUI attorneys, and share some insights to help anyone going through a DUI make it a true “one and done.”

Perhaps the biggest problem is that making a DUI a simple “one and done” is somewhat easier said than done, because in the real world, a DUI almost always “just happens.” In other words, nobody plans to go out and get arrested for OWI. In fact, even when people do make plans to go out, and even though they know they’ll be drinking, they usually don’t think past the point of how they’re going to drive home.

Put another way, the simple reality is that, although someone knows that they’re likely going to drink enough to get a buzz, they mentally skip past that, and imagine themselves suddenly being sober enough to drive when it’s time to leave. We’ll come back to this later.

Think about typical gatherings, like weekend barbecues, 4th of July parties, Super Bowl parties, and stuff like that: lots of people know they’re going to be knocking back more than a few drinks while socializing, but their concept of getting home afterwards somehow has them almost magically as sober as a cucumber when they’re ready to leave, despite the improbability of that actually being the case.

Of course, it’s a person’s responsibility to plan ahead, and either not drink, not drink too much, have a designated driver, or find some other way home (like using Lyft or Uber), instead of driving themselves while drunk.

However, in the Metro-Detroit area, that’s difficult, at best. Because there is no effective mass transit system here, we are conditioned to drive ourselves. I’m not trying to excuse or legitimize drunk driving, but the simple fact is, it happens here.

In fact, there were over 30,000 regular DUI arrests in Michigan in 2019, and that number is very consistent from year-to-year.

What I want to dig into here goes beyond whatever leads a person to wind up drinking too much and then getting arrested for a DUI. In this installment, we’re talking about people who’ve already been arrested, so we’re past that.

At this point, we’re going to focus on making sure it doesn’t happen again.

It’s almost reflexive to just say to a person facing the DUI something like “don’t do that again,” although that kind of over-simplification really misses the mark. If I’ve come to know one thing with certainly in my 30-plus years handling DUI cases, it’s that absolutely everybody who gets a DUI has no intention of ever getting another.

The law, for its part, is designed to impose penalties that sting enough to prevent another DUI episode – WITHOUT jail.

License sanctions are part of the mechanism to do that

In that regard, it’s important look at the difference (and it’s often huge) between the potential, theoretical penalties, like jail, and the real-life penalties courts actually impose in DUI cases. In practice, one of the main ways the courts make a DUI hurt enough is through the imposition of fines and costs.

A DUI isn’t cheap, and it’s not supposed to be.

However, I’ve never met anyone who would rather than go to jail than pay out money.

Yet this raises a legitimate question about the nature of the usual punishment in local DUI cases, and how effective it is (or isn’t) in preventing people from picking up another drinking and driving charge.

Some argue that if everyone convicted of a DUI got sent to jail, it would have a positive effect by reducing the number of people who’d get DUI’s in the first place, much less the number who would re-offend.

On the flip side, though, the negative effects of locking everyone up would far outweigh the potential benefits of doing so, and for all kinds of reasons, not the least of which is that most people who get a single DUI never wing up getting another, and that can’t be overlooked.

In addition, jails are overcrowded, so a real question becomes, who’s going to be let out to make room for a DUI driver? Also, getting locked up would cost some people their jobs, or otherwise cause severe personal hardships.

Thus, almost every Judge tries to strike a balance between not being too tough (as I noted before, jail is rarely on the menu in a 1st offense DUI case), and doing too little.

For my part, I don’t believe there is any need to come down harder on 1st offenders (and I can hear someone saying, “of course you don’t – you’re a DUI lawyer“) than most judges already do.

However, I do think that anyone facing a 1st offense SHOULD reflect on a few things to help make sure they don’t ever wind up facing a 2nd offense, and that really brings us back to the stated point of this article, and one of the things that sets our practice apart from most others in this field, because my team and I feel obligated to help our clients do just that.

Our practice concentrates in DUI and driver’s license restoration cases. Consequently, we spend all day, every day, working with people for whom the existence of, or at least the risk of developing, an alcohol problem is central to their legal situation.

Because that’s so relevant to everything I do, years ago I returned to the University campus and completed a post-graduate program of addiction studies. Having a thorough clinical understanding of the development, diagnosis and treatment of (and recovery from) alcohol and other addictive behaviors is directly relevant to my practice and the work my team and I do.

And to be clear, I actually use my clinical knowledge on a daily basis to make things better for my clients.

In that regard, one of things a good DUI lawyer should do is help his or her client take an honest look at what led to their DUI in the first place so that it doesn’t happen again.

This is NOT inconsistent with the idea that a DUI just “happens,” either. A DUI means something went wrong – or wasn’t “planned for,” that ultimately led to a person getting arrested for drunk driving.

For illustration purposes, let’s assume that a person arrested for a a Michigan OWI charge does NOT have an existing drinking problem. In other words, let’s look at a DUI that, by all accounts, just “happened.”

We can imagine all kinds of scenarios that could lead to this, like a holiday get together that went on for hours, or a Super Bowl party that did the same. Over the course of time, it’s easy enough to imagine someone socializing and just having a few too many, without every having consciously “pounded” away the drinks.

Although far from any kind of scientific conclusion, from my experience, at least, that’s very much the kind of thing that occurs in most 1st offense cases. This is why I say a DUI can “just happen.”

However, if we dig a little deeper, we’ll always find that there was a reason why the person drove drunk in the first place, even if that reason is that it simply happened by accident. Although there is always a risk that any 1st DUI offender can become a 2nd offender, we have to remember that the vast majority do not.

Making sure of that is exactly what the court system wants to accomplish.

The main goal of the whole DUI legal process is to make things uncomfortable enough for a person so that he or she won’t do it again – in other words, to “disincentivize” a repeat DUI performance.

Some people overthink this and get all freaked out about what is going to happen to them. However, as I pointed out before, the underlying policy consideration in DUI cases is to slap a person with enough $hit so that he or she will learn their lesson WITHOUT ruining their life by doing something like sending them to jail, or that otherwise causing him or her to lose their job.

Accordingly, a person’s self-understanding why they were driving drunk (and got caught) is important to the extent that it enables him or her to identify what not to do in the future. The court, understandably, also wants to make sure a person knows how to handle themselves to avoid ever coming back for a 2nd offense.

For that majority of people for whom a single DUI “just happens” and who don’t have a drinking problem, it’s mostly a matter of inattentiveness to their drinking on the day of their arrest that was the underlying cause.

This, as we’ll see, is still an issue. We’ll stop here and return, in part 2 to resume our discussion.