In part 1 of this article, we began discussing how to make a 1st offense DUI a true “one and done.” As Michigan DUI lawyers, my team and I want to do everything we can to make sure that our clients never wind up in the same situation again. This, of course, is the court system’s goal, as well. As lawyers fulfilling our role as “Attorneys and Counselors at Law,” we have the advantage of more personal interaction with each person. Instead of having limited time with them, like the courts, we can have a heart-to-heart talk with each client to help him or her do a bit of self-analysis. 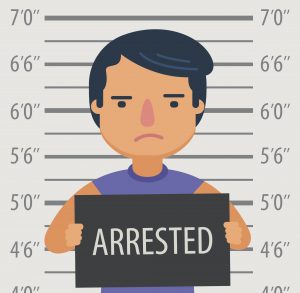 There’s a lot more to all of this than just talk, though. It’s really easy for a lawyer or law firm to use slogans like “caring” and “personal service,” but in practice, we don’t just talk the talk, we walk the walk (or, in this case, walk the talk). Because the foundation of our practice is DUI and driver’s license restoration cases, our clients’ relationships to alcohol is at the center of everything we do. For example, the goal of a driver’s license restoration case is to win back the license for someone who has lost it because of multiple DUI’s, and that requires proving that he or she is genuinely sober.

Accordingly, our firm is a recovery-oriented practice. We have to be. Although the overwhelming majority of our 1st offense DUI clients do not have a problem with alcohol, we want to make sure they understand how serious things become in a 2nd offense case, and that they never wind up arrested for drunk driving again. This can be challenging, because most of our clients aren’t reckless people, or the kind who otherwise party so much that getting that a 1st offense DUI seemed seemed likely in the first place, rather than something completely out-of-character.

As a result, it’s almost instinctive for just about every person who gets a DUI to simply assume that the way to not get another DUI is to simply not drive drunk again. In the absence of an identifiable drinking problem, the “fix” seems to require little more than a promise to not let it happen again.

Indeed, almost every last person arrested for a DUI will say exactly that (and often to the Judge, who, not surprisingly, has heard such things a million times over).

That’s not quite all there is to this, however.

The simple (but easy to overlook) fact is that the consumption of alcohol causes most people to lose the ability to gauge their drinking, and, as a result, their level of intoxication. In a sense, it’s like booze numbs out their ability to self-regulate.

Think about it this way: If we could go back in time with the people who have gotten a DUI, and encounter them just before they got behind the wheel, and ask them, at that moment, if they thought they were okay to drive, almost all of them would say “yes.”

Forget the fact that they weren’t; we know that now.

In our “back in time” example, you can be sure that nobody, if asked whether they were sober enough to drive after drinking, would have said something like “Hell no! I’m wasted, man, but screw it; I just want to get home.”

My point is that it’s completely natural for a person to underestimate his or her level of intoxication. That’s why we say alcohol impairs a person’s judgment.

The court system wants a person to learn from this experience and remember it so that they won’t ever do it again.

As with everything, though, some people are better at knowing they’ve had too much to drink than others. In the context of OWI cases, though, not being good at knowing you’re too drunk to drive is dangerous.

From a societal point of view, the very idea that a person has already shown themselves to be a risk to do this – to drink and then not be able to regulate themselves enough to know they shouldn’t drive – is a real issue, and a real risk.

To be clear, this has nothing to do with whether a person is a big drinker, or not, or anything like that; it’s just what happens when some people consume alcohol. The reality is that alcohol affects everyone a bit differently.

The fact that someone who is otherwise law abiding and responsible can lose track of things when they drink – at least to the extent that it impairs their better judgment to NOT get behind the wheel when they’re over the limit – is exactly what the court system wants to make sure never happens again.

And so do my team and I.

It is estimated that, on average, a person will drive drunk 80 times before his or her first DUI arrest.

Whatever the accuracy of those numbers, very few among us could stand up and honestly say that we have never gotten behind the wheel after having over-indulged. In that sense, there is an element of luck (bad luck, for those who get caught) to the whole DUI thing.

Fair or not, it’s those who get caught are the ones who will receive the court’s attention.

If 200 people attended the same part, and they all got drunk and drove themselves home, but only 1 person got caught, then the justice system’s focus is going to be entirely on him or her, and not the other 199 drunk drivers who didn’t get caught.

As an old saying goes, “that’s the way the ball bounces…”

Even if a person were to get arrested the very first time he or she drove drunk, there is no less concern that consuming alcohol can negatively affect his or her ability to self-regulate and otherwise impair their better judgment to know when NOT to drive after drinking.

It’s rather easy to figure out what to do with a DUI offender who has a drinking problem; address that problem. The court may not be able to fix it, because nobody with a problem can get sober until he or she is ready, but at least there’s no mystery as to why such a person got a DUI in the first place.

For everyone else, it’s this kind of this nebulous inability to self-regulate risk factor thing we’ve been talking about that’s the issue. As easy as this is to talk about, it’s harder to address it in a way that will prevent someone without an identifiable problem from ever getting another DUI.

This is where some self-analysis is helpful: If a person got a DUI after attending a Super Bowl party, it could be that his or her social group leads to him or her over-indulging. Some groups of people drink a lot more than others.

It might not be any other, but rather that a person simply gets caught up partying hard or goes overboard in certain situations.

This kind of necessary introspection should be applied to every situation that precedes a person getting popped for a DUI, including a situation where someone is home by themselves, drinking alone, and then decides to drive somewhere.

A person should at least be able to look back and understand why he or she drank too much and then chose to get behind the wheel and drive. In other words, it’s important to do a kind of post-mortem on what led up to his or her DUI arrest.

Over the course of my career, I’ve encountered every possible scenario leading up to and surrounding a DUI arrest and charge that the reader could imagine.

I’ve had clients explain that they went out and drank because they were going through or trying to get past a bad break up, or because they were struggling with the illness or death of a close friend or family member, or a job loss, as well as just about every other circumstance that could make a person “bummed out.”

On the flip side, I’ve had plenty of clients go out in a great mood to party, and then wind up over-celebrating something good, at least until they got arrested, and I’ve had plenty of people who got pulled over on the way home from a golf outing that seemed to involve as many drinks as holes.

You name it, we’ve seen it.

Whatever the situation, though, what matters is being able to take a step back from it, look at all the facts and circumstances, and then understand how it led to driving drunk. A good lawyer can help do that; that’s the “Counselor” part of the title “Attorney and Counselor at Law.”

The way to avoid a repeat performance might just be that a person has to avoid a certain friend, or a certain group of people, or stay away from an activity where people drink a lot.

As I noted before, the possibilities are endless because this analysis is relevant to whatever individual set of circumstances surrounded a person’s DUI. The point is just to do it, and most of the time, it’s useful to have someone help sort through things.

Although our firm is in business to make money, my team and I want to do that by actually helping our clients, and it is our goal to do whatever we can for them so that their 1st offense DUI is also their last DUI. That begins by making sure we’re honest with our clients, and always sticking to what they need to hear, rather than just sugar-coating things and telling them what they’d like to hear.

That should be the client’s goal, too.

If you are facing a DUI charge and looking for a lawyer, be a smart consumer and do your homework. Read around, and see how lawyers explain the DUI process, and how they explain their approach to it. When you’ve done enough of that, start checking around. It’s always helpful to talk to a live person.

If your DUI case is anywhere in the local, Metro-Detroit area (meaning anywhere in Wayne, Oakland, Macomb, Lapeer, Livingston, St. Clair or Washtenaw County), we can help, so give us a ring, as well.

All of our consultation are free, confidential, and done over the phone, right when you call. My team and I are very friendly people who will be glad to answer your questions, explain things, and even compare notes with anything some other lawyer told you.