One universal truth for anyone facing his or her 1st offense DUI charge is a general fear of the unknown. Obviously, anyone charged with a High BAC offense has at least some understanding of the importance of his or her BAC result. While that number is important in each and every DUI case, its role is far more front and center in 1st offense cases, regardless of whether the charge is simply OWI (Operating While Intoxicated) or OWI with a BAC of .17 or greater (High BAC). In this article, I will highlight some of the more important reasons for that. This is the kind of subject that that we could either dance around politely, or, as I will do here, tackle head-on, without mincing words. 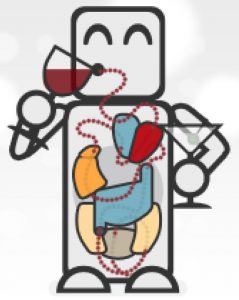 We need to start with the proposition that the whole world believes that the higher your BAC, the drunker you were. Now, having just said that, I can almost hear many people saying what everyone in the DUI world hears all the time – “I’m not a big drinker!” That may be so, but that has nothing to do with the fact that, as a hard and fast rule, a higher BAC means you drank more and were, therefore, more intoxicated. However you cut it, nobody has 3 glasses of wine over the course of 5 hours and blows a .18. Moreover, and no matter what you and I think or say about it, it matters far more what the Judge and the probation officer assigned to your case believe. Whatever else, you can take it to the bank that everyone in the criminal justice system assumes, as a matter of fact, that your BAC correlates directly with how much you had to drink and how drunk you were.

This is really important, because it’s right about here that people start to make bad decisions about handling their case. Sure, it probably feels good to speak with a lawyer who agrees with you and tells you what you want to hear and doesn’t speak as candidly as I am here, but think about that last line in the preceding paragraph: “…you can take it to the bank that everyone in the criminal justice system assumes, as a matter of fact, that your BAC correlates directly with how much you had to drink and how drunk you were.” That is an ironclad fact. If you don’t work from that as a starting point in handling your DUI case, then you’ve already begun with a misstep. The flip side of this is also important, because the lower a BAC score, the easier it will be to believe that the person charged is not a big drinker.

Of course, a big-time, veteran alcoholic can still be arrested for a DUI on his way from one bar to the next, before he’s had a chance to drink even half of his usual intake, but it’s a heck of a lot easier to persuasively argue that Mister .12 is not a big drinker than it is for Miss .21. Of course, the underlying reality here is that a BAC score is also seen as an indicator of a drinking problem, or the potential for one to develop. Obviously, someone who drinks more has a greater chance of having or developing an alcohol problem than someone who either does not drink at all, or only does so rarely, and sparingly, at that. This means that it is not as simple as using a BAC score, by itself, to determine if a person has a drinking problem or not, especially in 1st offense OWI cases. While this is a clinical reality, it can sometimes be overlooked by the court system, in no small part due to its inherent “alcohol bias.”

Under Michigan law, if a person racks up 2 DUI’s within 7 years, he or she is automatically categorized as a “habitual alcohol offender.” Among other things, the person’s driver’s license will be revoked (as opposed to merely suspended) and he or she will be ordered into counseling. This happens, in part, because the law presumes any such person does, in fact, have a drinking problem. Although the court will take note of the person’s BAC, it doesn’t matter if a 2nd offender blows a .08 or a .28, because, by virtue of being a “habitual offender,” he or she is automatically going to be seen and treated as having a drinking problem anyway.

It’s not like that in 1st offense cases, where the BAC can determine the charge that’s made – either OWI or OWI with BAC of .17 or greater (High BAC) – and will, for sure, determine how the person is perceived by the court. Often enough, a High BAC charge can be negotiated down to a much less severe charge, like impaired driving (OWVI), or at least reduced to a simple OWI. On the other hand, there are plenty of jurisdictions that don’t charge driver’s with a High BAC no matter what their bodily alcohol content. The point I’m making is that whatever the final charge that’s negotiated, the Judge is going to look past that, to a certain extent, and focus on the BAC as a general measure of how drunk the person was at the time of the arrest.

It gets worse before it gets better, because it is also assumed that a person who is not a “big drinker” would not be able to consume enough alcohol to wind up with a really high BAC, and this is generally true. Sure, there are some statistical outliers who have an unusually high tolerance to alcohol, but they are rare. Here again, we need to be mindful that what really matters is how the Judge sees things, and, as I’ve already state twice before, “…everyone in the criminal justice system assumes, as a matter of fact, that your BAC correlates directly with how much you had to drink and how drunk you were.”

In the context of a 1st offense DUI case, we must either use a lower BAC score to your advantage, or, if yours was higher, then we have to take the appropriate action to mitigate that. Whether or not you’ve been charged with an OWI or a High BAC offense, we need to reduce your charge as much as possible (obviously, the end goal is to get it dismissed altogether), and then make sure that, whatever the final charge, we also influence how your BAC result is perceived by the court. To do this, I will, sometimes, proactively send my clients for a substance use evaluation when I know it will provide an advantage to the outcome of the case.

There is no grand takeaway here other than the reality that you BAC result is important, particularly in a 1st offense DUI case. Essentially, a person is largely defined by his or her BAC score in the context of a 1st offense, whereas, in a 2nd or 3rd offense case, the idea that it is the person’s second or third drunk driving is really the primary descriptor. As I’ve pointed out above, if your BAC number is low, we want to direct the court’s attention to that, and try to characterize you accordingly. As that number grows higher, we want to move the focus elsewhere, and make sure that it does not define you.