Most of the DUI cases that go through the courthouses all over the country are 1st offense cases. In fact, OWI (Operating While Intoxicated) 1st offense is one of, if not THE most common charge seen just about everywhere, and certainly here, in the Greater-Detroit area, made up of Macomb, Oakland and Wayne Counties. Accordingly, it is the bread and butter of any real DUI lawyer’s practice (including mine) as well as a primary contributor to the revenue stream of the local district courts in Metro-Detroit, if not everywhere else. Most people who get a DUI will only get one in their lifetime, and never be back for a 2nd offense. The flip side of that, however, is that every person who does pick up a 2nd or 3rd DUI had previously said something like, “I’ll never do that again” to the prior Judge, thus accounting for the court system’s inherent, but understandable skepticism when it hears that. 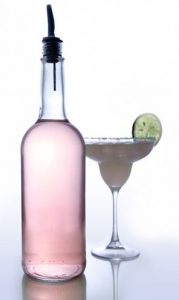 My perspective on all this is a result of my rather unique practice. My 1st offense DUI clients are, overall, a bit “above” average. I say this because most (although certainly not all) of my 1st DUI offenders have never been in any kind of trouble before, alcohol-related or otherwise, and I wind up representing a lot of people who are have solid professions, like engineers, physicians and nurses as well as other professional types. My client base is made up of solid, well-mannered people who have good incomes. Almost none of these individuals come to my office with any kind of experience in, or savvy about, the criminal justice system, and that’s a good thing. They’re often nervous (usually more so than necessary, because jail isn’t even on the menu in a 1st offense case) and sometimes just plain “freaking out.” It is not uncommon for my clients to have all kinds of questions about things they hope or think may help get their case dismissed. They often mention various “urban legends” that they picked up somewhere about things like how to beat a DUI, or about the Judge assigned to their case. They have lots of questions, and a lot of these questions begin with either “Don’t the police have to…?” or “Is it true that…?” Almost every last bit of that stuff is wrong, but I understand their perspective, as well. To someone who’s never been down this road before, everything is new.

Back in the real world, where these cases are resolved, when I do get a case knocked out of court, it’s usually because of something I find as part of my customary review of the evidence, and not anything so painfully obvious to the client. In other words, the police don’t generally screw things up, and when there is a basis for a challenge to the evidence, it won’t happen because of something like Officer “Smitty” having spilled his coffee down the breathalyzer machine, so the police had to use a hair dryer to get it running again for your breath test. I can say stuff like this all day long, but human nature being what it is, people will always have their “newbie” questions, and that, too, is a good thing. Who you are as a person matters in a DUI case, and your lack of any prior record is always beneficial. That’s not to say that many people didn’t have something like an MIP in their past, but as prior records go, less is more, and none is always better.

One of the things that has always frustrated me in my own life is when someone with whom I consult presumes I have special knowledge about something that’s not in my field. If, for example, my furnace didn’t fire up, I wouldn’t want some guy giving me a technical explanation that goes over my head, using terms I don’t know. Instead, I’d want to be told that the sensor, which is the part that the pilot light heats up to start the burners, is all caked up, and needs to be cleaned off, and then everything will be back to normal. In other words, I want to hear, in language I understand, what’s going on. I make it a point to speak that way with each of my clients (you can get a sense of that from the hundreds and hundreds of articles on this blog). The use of complicated legal terms is fine, sometimes, in the courtroom, but if I’m going to help my client make the best decisions about resolving his or her case, then I need to make sure that he or she fully understands the situation, and the options for dealing with it. This isn’t just me about being “nice” or anything like that, either. It’s how I do things, and it’s why my first meeting with a new, 1st offense DUI client will last about 2 hours, at least.

Some of this goes back to kinds of people who hire me. If you’re reading this, then you are probably the type who looks for information. I’m that way, as well. I’m not drawn to platitudes and promises, but rather to real information and analysis. Within the gamut of people who wind up facing a DUI, my 1st offense clients often seem like the unlikeliest of the bunch. Although there is no stereotype to who gets a DUI (it truly does cut across every strata of society), my clients usually are the types who don’t seem like they’d ever be in jail in the first place, and often relate how uncomfortable they felt when they did have to spend the night there. When they get out and start looking for a lawyer, they identify with my examination of things, and not just the legal stuff, but how I get into the real world emotional and personal impact, as well. I am an explainer, by nature, probably because when I look for help, I want clear explanations and usable information, and figure to do the same when someone turns to me, kind of like treating others as you would wish to be treated.

The simple fact is that many 1st offenders are afraid and nervous, and therefore vulnerable. To any less than scrupulous lawyers, these people are easy marks, or “sitting ducks,” so to speak. The biggest fear anyone who’s never been in trouble before usually has is going to jail. It’s the simplest and most obvious fear-based marketing technique to tell them you can keep them out of jail (in other words, play to those fears). The reality, however, is that (with the only possible exception being a case assigned to 1 particular Detroit-area Judge) you’re not going to jail for a 1st offense DUI, anyway. Of course, someone who has never been in trouble has no real experience to to draw upon or other way to know that, so they either wind up looking for information, or reassurances. At least in that context, I think the information I provide is also reassuring, albeit in a way that doesn’t resort to trying to scare the reader in to hiring me. Instead, I want to make clear that jail isn’t on the menu to begin with, and the fact that you’ve never been in trouble before is a big bonus to your case overall.

Yet for all of this, it’s also true that every hard-core, repeat felon who has spent most of his life in prison had his first arrest at some point, and you can be sure that the “never been in trouble before” card was played then. By itself, not having been in trouble before doesn’t mean much, unless the person is middle-age or older. Then, it carries a little more weight. It’s when that identifier is attached to a person who looks unlikely to ever get in trouble again – the kind of person who has probably done many good things in the past – that it begins to really mean something. As simple as it may sound for me to say that who you are as a person matters, the truth is that those waters do run pretty deep.

As good as it is that I, as the DUI lawyer understand all of this, it matters more that we get the Judge to do so, because he or she is the one who ultimately decides what happens to you. When a person is really distraught over having been arrested, and by that, I mean not only shaken by the arrest itself and fearful of the legal consequences, but feels, in some way, changed, and perhaps even “tainted” by the experience, I need to extract those emotions and put them into words so the Judge can understand that the whole thing has been so negatively powerful that he or she will never do anything like it again.

And let’s not forget the fact, and like it or not, it is a fact, that many, and probably most people who drive have gotten behind the wheel after having had too much to drink at least once in their lives; they just didn’t get caught. Most of the time, a DUI is a mistake, and it just happens, no matter how much the court system may want to read into it. Sure, it is a serious mistake that can have deadly consequences, but for most people, it is entirely out of character. When it comes to the stress of facing a 1st offense drinking and driving charge, this often plays out in a way that churns your stomach. As unpleasant as those feelings may be, they are also a signal that your moral compass is pointed in the right direction. Imagine if you just laughed off a DUI and thought it was no big deal?

There is no grand lesson here, but the reality is that if you’re freaking out over a 1st offense DUI and you’ve never been in trouble before, that’s a good thing. As I noted before, it’s great that I can identify with all this and that I “understand” it, but that alone, coming from me, or even a stadium full of lawyers, won’t help you one bit. Instead, we need to use your despair to show the Judge that, beyond this one instance of poor judgment, this experience has been so horrible, it’s enough to keep you from ever getting in trouble again. And we need to use all the things you’ve done right in life up to this time to show that this is a truly isolated incident that stands in stark contrast to the kind of person you really are.

If you’re facing a 1st offense DUI, or any DUI, for that matter, anywhere in the Greater-Detroit area (Macomb, Oakland or Wayne County), I can make sure you get the best outcome possible. If you’re looking to hire a lawyer, do your homework and check around. All of my consultations are confidential, free, and done over the phone, right when you call. It couldn’t be more convenient. You can reach my office Monday through Friday, from 8:30 a.m. until 5:00 p.m. at (586) 465-1980. We’re here to help.