In part 1 of this article, we began our discussion of how to win a Michigan driver’s license restoration or clearance appeal case by looking at 2 of the biggest things that will cause it to lose: that a person still drinks alcohol, or that he or she even thinks they can ever drink again. As I pointed out, the key to winning a license appeal is proving that you have have been alcohol-free for a “sufficient” period of time, and that you are a safe bet to never drink again. 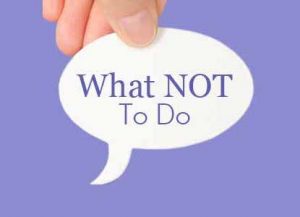 In many of my other articles, I examine the fundamental change in a person’s thinking when he or she gets sober. The takeaway from them is that when a person finally does see his or her drinking as a problem, realizes the only way forward is to quit for good, and then does just that, everything about his or her life changes. These changes are profound, and really become the foundation upon which sobriety is built.

In other words, being “sober” is not about laying off the drinking for a while, or cutting back, or even just stopping without a firm belief that one can never pick up again. Rather, it’s about really believing that one’s own drinking has gotten out of hand, and accepting that it’s time to quit for life. Nobody quits drinking because it’s working out so well. By the time a person finally decides to give up alcohol, it had usually stopped being fun a long time ago.

The license appeal process is all about exploring this transition from drinker to non-drinker. Hearing officers ask probing questions. They are skilled professionals at detecting BS. Every day, they question people who think they can make it seem like they’ve quit drinking for good. There are even some people who have done a stint in AA under court order, and think they can regurgitate the right buzz words and make it seem like they’re sober.

To be clear, my office has ABSOLUTELY NO INTEREST in getting involved in any such scam. We win our cases by being honest. We are so good at what we do, we GUARANTEE to win every first time driver’s license restoration and clearance case we take. However, before we take a case, we need to make sure a person is genuinely and honestly sober. When we have real sobriety as a foundation to build upon, we can make almost any case a winner.

It’s worth repeating: the whole license appeal process is about screening out anyone who is still drinking. Beyond that, however, the process is designed to screen out anyone who even thinks they can ever drink again.

If a person, for whatever reason, has not had a drink in a certain period of time, but still thinks that he or she can, at some point (like maybe at a wedding) indulge even just a little, then they’re not truly sober.

Underlying the idea that people who don’t drink are zero risk to drive drunk is that the goal of only giving licenses back to people who WON’T drink.

It sort of goes without saying that if a person has come to believe that his or her drinking has become a problem, to the point that he or she feels the needs to quit, then they should be a million miles from entertaining any notion of ever picking up again.

It’s very important to understand that the idea of someone having a drinking “problem” is very broad. A person has a drinking “problem” when his or her drinking, however infrequently that takes place, leads to problems. There’s an old therapists’ saying that “Whatever causes a problem IS a problem.”

Some people may only drink once in a while, and most of the time, nothing bad happens. It doesn’t really matter how often or how much person drinks, it’s about what can happen when they do. The Michigan Secretary of State could not care less that 99.9% of the time when a person drinks nothing goes wrong; instead, it’s worried about the .01% when things can or do go awry.

From the Secretary of State’s perspective, the idea that a person’s relationship to alcohol, whatever it may or may not be, has resulted in 2 (or more) DUI’s is more than enough to demonstrate that something is wrong.

Does it matter to someone killed or injured by a drunk driver that the person at fault has driven thousands of other times without incident?

And that’s really the main point: it doesn’t matter if someone is a daily drinker, or only imbibes a few times per year; if there is any risk that when he or she does things can get out of hand, that’s a problem. We can say that anyone is something of a risk, but someone with 2 or more DUI’s is a proven risk.

When a person fully realizes that his or her drinking has become troublesome and then decides to remove alcohol from his or her life, they also realize that there are no half-measures. Either you get sober, or you still flirt with alcohol. When you get sober, you accept that you can never drink again – and you DON’T.

To those who “get it,” this is simple, basic stuff. For those who aren’t quite there yet, these are the kinds of ideas that they want to argue about.

What matters most for our discussion is that for anyone who doesn’t fully get it, and who either still drinks or just thinks he or she can ever drink again, it’s GAME OVER on the license appeal. This kind of thinking will leave you dead in the water.

Thus, anyone contemplating a driver’s license appeal must begin with the understanding that he or she must be able to prove they’re sober.  Actually doing that is our job as Michigan driver’s license reinstatement lawyers.

Sober, in the sense that it qualifies one for a driver’s license restoration case, means that he or she has not had a drink for a legally “sufficient” period of time (as I noted, in our practice, we want our clients to have been alcohol-free for AT LEAST 18 months), and that they have both the commitment and the ability to remain alcohol-free for life.

The changes a person makes to stay sober requires building and living a “sober lifestyle.” We’ll examine that in an upcoming, 2-part article.

For now, anyone who is looking for a lawyer to win their license back or obtain the clearance of a Michigan hold on their driving record so they can obtain a license in another state should be a good consumer and read around.

Explore this blog, particularly the more than 525 articles in the driver’s license restoration section.  Also, read what lawyers write; pay attention to how they explain things, and how they explain themselves. When you’ve done enough reading around, start checking around.

All of our consultations are free, confidential, and done over the phone, right when you call. My team and I are very friendly people who will be glad to answer your questions and explain things when we talk. It’s always best to give us a ring when you have time to speak.