In part 1 of this article, we began to examine 2nd offense DUI cases in Oakland, Macomb and Wayne Counties. I made clear that the law presumes a 2nd offender has a drinking problem, and that the court system, based upon its daily experience, begins each case having already reached the same conclusion, as well. Michigan law also requires that any person convicted of a 2nd DUI within 7 years must be ordered to undergo counseling. The law doesn’t further specify that it should or must be counseling that’s a good fit, or that’s “right for you,” or anything like that. Many courts, in assembly-line fashion, simply jam everyone through the nearest local counseling operation that is only too happy to take on all the business it can get. This kind of “one-size-fits-all” approach may work for a few people, but it’s far from a recipe for success in any larger sense. Moreover, when you force somebody into any kind of counseling or treatment that isn’t right for them, it only makes them become defensive and resistant to any examination of their relationship to alcohol. In other words, it doesn’t just “not help,” it’s counter-productive. An important part of my job is to help my clients avoid being treated this way and insure that they find the kind of counseling that works for them, even if they’re not happy about having to go in the first place. 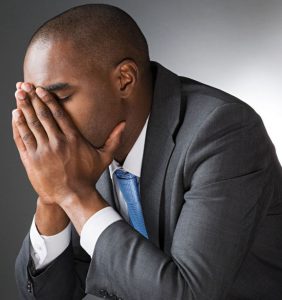 The whole counseling thing is a deep subject in its own right, but rather than go off on a multi page examination of matching a person with the right kind of counseling or treatment method, suffice it to say here that my clinical training and my practical experience as a DUI lawyer combines so that I know how to explore this subject with my client in the office, while helping and protecting him or her in the courtroom. Someone can have all the clinical education in the world, but not know how to explain and say things in a way that will persuade a Judge (that, by the way, is why I limit my practice to the courts of Oakland, Macomb and Wayne Counties – so that I get in front of the same Judges day after day and know what will work, and what won’t, in front of each). By contrast, as well-spoken as any lawyer can be, to change a Judge’s mind, you have to provide both facts and viable alternative solutions. A lawyer may be right, but you can’t merely tell a Judge something like, “that won’t work,” or “that’s not the right solution” without explaining why and offering a better idea.

Let’s back up a step here. We’ve made clear that there is a legal presumption that all second offenders have some kind of drinking problem, but that’s kind of like saying that they all own dogs, too; both dogs and drinking problems come in all shapes and sizes. One of my goals is to help both the client and the Judge understand that the larger notion of “drinking problem” includes everyone from hardcore, everyday-drinking alcoholics, to people who don’t drink very often, but who sometimes don’t know when to stop at the appropriate time. In other words, someone who is just beginning to struggle with his or her relationship to alcohol is NOT in the same boat as someone who has been a heavy, daily drinker for decades. To be sure, they both present risks, although of very different magnitudes.

To make this point clearer, lets talk about AA for a moment. It’s a great program, but it’s certainly NOT right for everyone, nor even for most people, at that. AA has been around since 1935, long before any courts ever latched onto it and started ordering people to attend its meetings. AA makes very clear that “the only requirement for membership is a desire to stop drinking.” Imagine the frustration a person must feel if he or she is forced by the court to attend these meetings and doesn’t feel he or she has a problem, and therefore has no desire to stop drinking. That’s only half the story, though, because you can imagine how thrilled those people must be, who do go to those meetings for help, and to openly discuss their alcohol problems when they wind up sitting next to some person who doesn’t want to be there, but is required to attend by court order. How would anyone like to open up and “share” in that environment?

Anyway, AA is usually best suited for people who have at least a moderate to a more severe alcohol use disorder. In other words, it’s probably not the program for someone whose drinking is just starting to get out of hand. Some courts, however, are all too keen to send any and every second offender to AA. What help is a lawyer who can’t explain to the Judge why this isn’t a good idea, and who can only say he or she doesn’t think it’s necessary? Indeed, unless it’s said with the proper finesse, the more someone says they don’t need AA, the more it “seems” like they do. This is where I can really help. Not only do I understand that AA isn’t for everyone, and is certainly the wrong fit for many people, but I also know that it is just one of many treatment and support options out there. Telling a Judge that it’s not necessary without explaining why and offering suitable alternative is a losing strategy on steroids. Here, the appropriate combination of knowledge and communication skills are important tools to be used in making sure you don’t get forced into some long, expensive rehab program and/or all kinds of AA meetings.

Of course, plenty of people do get a 2nd DUI precisely because their drinking has grown too difficult to manage, and when it happens, they are ready to get some kind of help. I must also help these people find the “right” kind of treatment. AA is still not for most of these types, either. Just because a person knows that his or her drinking is an issue doesn’t mean any particular recovery protocol is right for him or her. Certain people do really well in one-on-one counseling, while others like small, private groups, like a men’s group, or a women’s group. Some folks love AA, and others don’t care for it. Some people need more support than others. As much as drinking problems come in all shapes and sizes, so do the right counseling and treatment options for them.

After a 2nd DUI arrest, some people do become ready to explore their relationship to alcohol, but aren’t yet ready to admit that it is problematic; they’re “on the fence,” so to speak. These folks need to be handled delicately and not jammed through some nameless program that they’ll hate and that will only make them defensive and resentful. Other people, however, find themselves exhausted after a 2nd DUI from having struggled with their drinking. Here again we see that people and their problems (or lack of them) come in all shapes and sizes.

A newer approach here in Michigan has been the roll out of what are called “sobriety courts.” I’ve written about them in previous articles, and won’t get into too much here (it’s hard to summarize them in a whole article, much less a paragraph or two), but these are existing courts that have decided to add staff and run an intensive education and rehab program for people interested in getting help with their drinking. A court must be certified by the state as a sobriety court, and, once it is, it gets extra funding in order to provide a very high level of rehabilitation services to qualified and interested candidates. There are quite a few sobriety courts here, locally, in Oakland, Macomb and Wayne Counties, and most of the courts that don’t have such a program are willing to allow their defendants to transfer to another jurisdiction (meaning send a case from Court X to Court Y) that has a sobriety court program so they can take advantage of the help that is offered.

The way it works is that if a person is interested in sobriety court, he or she will be screened to make sure they qualify. Among other reasons, people with prior violent convictions or who aren’t genuinely committed to getting help for their drinking are not considered appropriate for admission. Sobriety courts are intense and demanding. They provide all kinds of counseling and treatment, often require AA up to several times each week, and mandate frequent alcohol and drug testing to make sure the person is maintaining complete abstinence. In exchange for a person’s participation in all of this, a sobriety court Judge is allowed to override the state’s mandatory revocation of the person’s driver’s license and grant a restricted license.

As I noted before, if you’re convicted of a 2nd offense DUI, your license is revoked – meaning taken away for good – for what will amount to at least the better part of 3 years or more when you consider the process for getting it back. Sobriety court participants get to skip that. It’s a giant reward – priceless, really – and acts as an incomparable incentive for someone to do what’s required to complete the program. Of course, completing the program brings its own benefits, as well, and ultimately, no “incentive” will be enough to keep someone sober who doesn’t really think he or she has a problem or doesn’t otherwise genuinely want to quit drinking.

So what’s the catch? In sobriety court, you basically agree, up front, that if you test positive for alcohol or prohibited drugs while your in the program, you’ll do some jail time. Often, this works out to something like 3 days for your first violation, 5 or 7 days for your second, and even more for your third, along with being kicked out of the program for 3 strikes, and then being put back to regular probation. Sobriety court is a great option, and one that should be thoroughly explored in every 2nd and 3rd offense DUI case. As good as it can be, however, it’s not for everyone. There are many reasons why a person may not choose sobriety court (or may not be able to get in one), chief amongst them being that the person just isn’t ready to quit drinking for good.

If there has been a common denominator throughout our discussion in these 2 installments, it’s the idea of a drinking “problem” in 2nd offense cases. You may not want to hear this but you can’t escape it, either. That’s not to say a person should just lie and confess to being an out-of-control alcoholic when he or she is not, but there will be no forward progress by insisting to the court that there’s nothing amiss with your drinking and that you have merely been unlucky by getting caught driving drunk – twice now. Even if you are that one in a million person, you’re going to have to suck up the facts that first, no one is going to buy that, and second, that the law says you have a problem anyway.

There is a lot to 2nd offense DUI cases, and a lot more than what can be put down in any article. The reader should take the time to explore my website and blog, including the DUI 2nd offense section of articles there. If you’re looking to hire a lawyer for a case here, in the local area, be a good consumer and do your homework. Read around. When you read articles, look of real information. Then, when you’re ready, start asking questions. All of my consultations are confidential, free, and done over phone, right when you call. We’re open Monday through Friday, from 8:30 a.m. until 5:00 p.m., and can be reached at (586) 465-1980. We’re here to help.