There are a lot of factors that make winning your license back difficult, but in this article, I want to look at 3 of the biggest reasons for that. Contrary to what some people believe, the license appeal process is not arbitrary or random, and most of it is covered by one key rule (Rule 13), which will be the first thing we examine here. Second, we’ll see how the fact that people lie (and get caught) affects everyone else, and third, we’ll look at the ever-present threat and role of relapse and why that makes the process ever more difficult. There are, of course, some differences in how evidence is interpreted by the various Michigan Secretary of State’s Administrative Hearing Section (AHS) hearing officers. It is undeniable that, in certain situations, a case that would be approved by one hearing officer might be denied by another, but that’s really how everything works in life. As a group, however, the hearing officers are pretty consistent in the way they decide driver’s license restoration and clearance cases, and that’s a good thing. 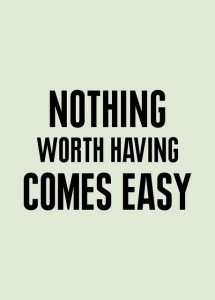 This is due, in part, because of that main rule that govern’s license restoration and clearance cases. The sections that’s most important to our concerns here comprises just 27 of more than 900 words of that rule: “The hearing officer shall NOT order that a license be issued to the petitioner unless the petitioner proves, by clear and convincing evidence, all of the following…” (emphasis added). This wording is critically important, but it is all too easily (and frequently) overlooked. Think about this; the rule governing license appeals essentially begins with a negative mandate telling the hearing officer to NOT grant a license unless certain conditions are met. The law could just as easily have been written to say something like “The hearing officer shall issue a license if the petitioner, by clear and convincing evidence, proves all of the following,” but it didn’t There was a conscious, deliberate choice to say no, right out of the gate.

It’s easy to get someone to nod in agreement here, with the obvious, but this goes much deeper. The real meaning of these words isn’t just that you go into a license appeal with the answer starting at “no,” it’s more like “f—k no!” In other words, when you undertake a license appeal, you have a long way to go just to get to “maybe.” And to make the point even clearer, the rule then requires that a person prove his or her case by “clear and convincing evidence.” I’ve done rather detailed examinations of what that means in other blog articles, so we’ll skip over any analysis here beyond pointing out that “clear and convincing evidence” is the highest standard of proof in civil law, and is closest to the criminal standard of “proof beyond a reasonable doubt.” To carry my rough-language analogy a bit further, this means that your evidence had to be better than just “good,” it needs to be “f—king awesome!”

An important way that I distinguish myself as a Michigan driver’s license restoration lawyer is by guaranteeing to win every case I take. To put it bluntly, I rarely fail to win, and when I do, it’s not because I missed something. Because I make my living winning these cases the first time around, and not doing “warranty work,” I fundamentally understand Rule 13, and how to overcome the “shall not” admonition with clear and convincing evidence. Things like “needing a license” or having gone years without one are completely irrelevant to winning a license appeal case. Any lawyer or person filing a license restoration or clearance appeal needs to understand, and therefore be able to explain, how the evidence they’ve submitted meets the requirements of the rule. A lawyer or person who cannot do that easily shouldn’t be messing with a license appeal in the first place.

Two of the biggest costs of losing a license restoration case are that you have to wait a year to try again, and when you do, you have to fix whatever you screwed up the last time. This all takes place specifically within the framework of Rule 13. At the end of the day, an AHS hearing officer is less interested in the 99 reasons to grant an appeal than he or she is in the 1 reason to deny it. This may sound harsh, but now that I’ve pointed out the “shall not” admonition of the rule, and that your evidence must be “clear and convincing,” does it make sense if you look at it any other way? Read the rule and try and find a different interpretation (there isn’t), or, better yet, if you can, ask anyone who has tried a license appeal before and lost.

For me, Rule 13 is like a map, or set of directions. As long as my client has genuinely quit drinking (I won’t take a case for anyone who hasn’t), then winning every case is well within my comfort zone. Part of what I have to do, though, is to differentiate my client from everyone else, because when it comes to license appeals, people lie (not my clients), and they do it all the time. In fact, it wouldn’t be out of line to say that a lot to a hearing officer’s time is spent listening to BS and outright lies.

It has been empirically validated, many times over, that less than 5% of alcoholics actually do recover, meaning achieve and maintain at least 5 consecutive years of abstinence. We’ll forego a clinical examination of that for now (in this context, “alcoholic” doesn’t mean some last-gasp physically addicted person with the shakes), turning instead to the larger takeaway that most people with drinking problems do not achieve and maintain long-term abstinence. In other words, people whose relationship to alcohol have grown troublesome may “quit” for a while, (and do so many times), only to go back to drinking again. This means that at any given moment, such people may declare that they have quit drinking, swear that they intend to remain abstinent, and really mean it when they say it. However, and no matter how you cut it, the overwhelming majority of people (more than 95%) cannot and do not quit for good. And that’s not even the half of it.

Some of these people stop drinking after going through counseling, or attending AA. They learn some the buzzwords and language of recovery. Later on, when they start looking into doing a license appeal, they figure they know enough to sound convincing and think they can win. I get more calls than you could probably ever imagine from people who want their license back and assure my staff or me that they can say anything we need them to say. To be clear, I have ZERO interest in taking a case for anyone who has not honestly quit drinking, but some folks either don’t read enough of what I’ve written, or they think I’m just saying that as a front. I’m not; I am honest and play by the rules. You’d probably be shocked to find out how many people try and BS their way through the license appeal process. A hearing officer, trying to sort the genuinely sober from everyone else, really has to learn how to find the few needles in the big haystack, and part of my job is to make sure that all of my clients are the needles, and not the hay.

Okay, so we have seen how the main rule governing license appeals is written in the negative, requires that a person submit evidence strong enough to be considered “clear and convincing,” and then essentially instructs the hearing officer to look past all the reasons to grant an appeal in a quest to find at least one reason to deny it. The license appeal process, then, is one of exclusion, rather than inclusion. In other words, the whole system is designed to keep people out (“shall not”) and only make limited exceptions to restore driving privileges. If you got that, then you’re following along just fine.

The third reason license appeals are so hard is that people relapse and go back to drinking. All the time. Consider the numbers, just from my perspective. I’m as busy a license restoration lawyer as you can find, and within the 1 month surrounding this article, have had 16 actual license appeal hearings. That’s on top of at least another 14 office appointments for new driver’s license restoration or ignition interlock violation cases. All in all, I’ll handle about 30 license cases in the month. That’s about average for me. The hearing officers, by contrast preside over an average of 35 license hearings per week! Doing rough math here, the hearing officers see nearly 5 times as many cases as I do. In the course of any given month, I have about 3 cases, on average, where a person has previously won his or her license back, only to relapse and lose it again, either because they picked up another DUI or they failed out on the interlock for alcohol violations. Using rough math, that means I handle about 36 such “relapse” cases per year, while, using that same math, each hearing officer will presided over about 120.

You have to pause for a moment to let this really sink in. If a hearing officer decides over 420 cases per year, and anywhere near 100 (much less 120) of them are for people who previously convinced the state that they had quit drinking and were a good risk to stay sober, only to go back out and drink again, it would be impossible to not become skeptical. They have to wonder: what did we miss? The reality of relapse is important, fundamental stuff that affects the whole license restoration and clearance process and everyone in it.

Each of these things individually – the negative mandate of the main rule, the fact that people lie, and the reality of relapse – is reason enough, by itself, to make winning a license appeal hard. However, all 3 of these things exist together, even though all 3 may not converge in any single case. This is why license appeal cases are hard; they’re designed to be hard.

If you have honestly quit drinking and need to either win back your Michigan driver’s license or clear a Michigan hold on your driving record, I can and will do that for you, guaranteed. This was a short article; many of my others go into great detail, and you should take the time to learn about the license restoration and/or clearance process. Although I have put out more information than you’ll find everywhere else, combined, and am proud of my work (I have written and published more than 425 license restoration articles), you should be a good consumer and check around, and then call around. When you’re ready to talk, give me a ring. All of my consultations are confidential and done over the phone, right when you call. You can reach my office Monday through Friday, from 8:30 a.m. until 5:00 p.m., at 586-465-1980. We’re here to help.