The location of your criminal or DUI case is one of the most important factors in determining how it will turn out, and what will (and will not) happen to you. As a local, greater Detroit-area criminal and DUI lawyer, the very first question I ask when presented with any new case is “Where?” For example, a simple possession of marijuana case in one city can be potentially wrapped up in one court date, the whole thing kept off the person’s record, and result in nothing more than the assessment of reasonable fines and costs, while, across town, that same case could easily cost more than twice as much and land the person on probation with required drug testing, community service, and maybe even a “marijuana awareness” class (or classes), as well. There is really nothing you can do to change this, other than make sure your lawyer is familiar with how things are done in the court where your case is pending. 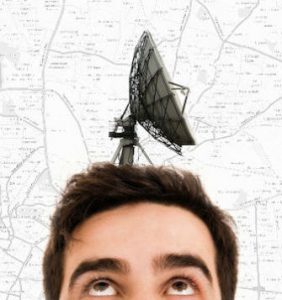 It is certainly better if your lawyer is familiar with both the local courts in the broader geographic area where your case is pending, as well as the specific court in which you’ll be appearing. For me, that means all the courts in Oakland, Macomb and Wayne Counties. Even within the Tri-County area, however, there are some lawyers who spend so much time in any one particular court that they kind of miss out on the big picture of how things are done elsewhere. While there may be some truth to the notion that a lawyer who is “always” in one specific court really knows how things work there, it is also true that he or she may be too entrenched in that system to be capable of really standing up for the client and push for a different outcome. Think of the stereotypical teacher’s pet; you don’t want that for your lawyer. On the other hand, you certainly don’t want to be stuck with an attorney who isn’t in your court often enough to know how things are done there and, therefore, doesn’t know how to properly guide you through it.

What I’m saying, on the one hand, is that where your case arises is so hugely important that location plays a primary role in the outcome, and the lawyer you hire should be familiar with that court. What good does it do to bring in some attorney who can’t tell you how things are done there? On the other hand, I’m also saying that while experience with the court where your case is pending is important, you don’t want your lawyer to seem like he or she is employed there, either. That only creates a kind of unhelpful tunnel vision. Instead, the right amount of familiarity should be part of a broader understanding of how things are done across the larger local area. I can’t count the number of times I’ve persuaded a Judge to do something different (as in better for my client) by explaining how it’s done in another court. If you’re sensing that there is a kind of balance here, then you’re getting the point.

Recently, I used this strategy to get a local court, known to require at least 3 court dates in DUI cases, to do everything in one day for my out-of-state client. In my written request to the Judge, I noted that I had done this twice in the last few months in 2 other local courts. I could not have said that if I didn’t have that wider range of experience. It also helped that, knowing how this Judge thinks, I didn’t just bang out some quick letter, but rather took the time to address the issues I know are important to her. There is a certain balance here between the reality of where your cases arises and the local experience of the lawyer you hire to handle it.

For all of that, however, nothing exceeds the importance of the “where” factor. There are certain things that any one court will always do, and others it will never will, no matter how things are handled anywhere else. Thus, the most expensive court in the Metro-Detroit area will always be the most expensive court, and it never has and likely never will care that someone facing the exact same DUI offense will pay half as much in fines and costs somewhere else. Given this stark reality, about the best a lawyer can do is know this, and explain it to the client. Whatever else, talking about it isn’t going to make the court offer any kind of discount.

I call every criminal or DUI case an “accident of geography,” because no one goes out and plans to get arrested, but then it happens. It is what it is, or rather where it is, and there is nothing to be done about that part of things. If you pick up a 1st offense DUI and wind up in the court that usually requires all kinds of testing while on bond and on probation, no matter who your lawyer, you’re going to test a lot. If, by contrast, you wind up in front of the one Judge who orders little or no testing, then you lucked out. Even the best lawyer can only tweak things so much in front of any particular Judge.

There is no grand lesson here beyond the fact that the location of your court will play a hugely important role in how your case turns out, and that to get the best from that, your lawyer should be familiar with the court where your case is pending, as well as experienced in the surrounding area. I suppose the whole “surrounding area” thing may be different if you live in a county with only 1 or 2 district courts, but here, in the Tri-County area, we have 44 of them with a total of 112 district Judges. You can, of course, add to that the 3 local circuit courts and the 91 Judges in them, as well. Knowing what will fly with with one, but not with another, is important, and can be the determining factor in what happens to you. To the extent that you have a case in one of the “better” courts, then consider yourself lucky and hire a lawyer who will wring out every advantage from that. If your case is in some other court, like one that’s widely known to be “tough,” you need a lawyer who can still make the best of it.

If you have a criminal or DUI case in the Detroit-area, I can help. Because I restrict that part of my practice to the various courts in Macomb, Oakland and Wayne Counties, I know what to do to produce the best outcome in any local court here. If you’re looking to hire a lawyer, do yourself a favor and read as much as you can. Although this article is short, I have more detailed information on my blog than you can find anywhere else, and just about everywhere else combined. When you’re ready to move forward, check around. All of my consultations are done over the phone, right when you call. You can reach my office Monday through Friday, from 8:30 a.m. until 5:00 p.m. at 586-465-1980. We’re here to help.