The purpose for hiring a lawyer to handle a DUI, other criminal charges, or even a probation violation, is to get the best outcome possible. In this article, I want to examine what I believe are 3 of the most important considerations in that regard: the lawyer’s personality, his or her experience, and the location of the case. Our inquiry will be relevant to anyone looking to retain an attorney for a criminal or DUI case in Michigan, even though my team and I specifically handle criminal and DUI cases in Oakland, Macomb and Wayne Counties (and sometimes Lapeer, Livingston, and St. Clair Counties, as well). 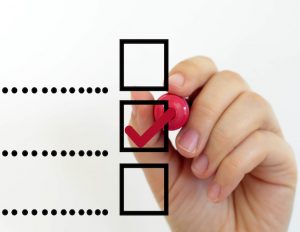 There are, of course, many more things that go into finding the right lawyer for your case than the 3 we’ll go over here. Money is one of them.  Although we won’t be examining the subject of legal fees in this article, price is a big deal for some people.  Without going too deep into it, the simple fact is that is that what a person cannot afford is a limiting factor in the kind of representation he or she can have. The reality is that you’ll need to fork out more money for a better grade of lawyer

As with any kind of goods or services, you have to pay up to step up. Whatever else, you’ll never get top-shelf legal representation for cut-rate prices. In that context, the term “affordable fees” is a term almost exclusively used by lawyers competing for business at the bargain end of the legal spectrum. That said, however, it is important to point out that you can very easily wind up paying way too much for mediocre services, as well. In other words, high fees don’t necessarily equate to high-quality legal help. Paying a lot doesn’t, by itself, mean you’re getting a lot.

In fact, the market is full of lawyers who price their services way above what they’re worth. As I noted, though, you’ll really never find a really good lawyer selling his or her time for a song and a dance. The key to finding the best lawyer at whatever price you can afford is to become an educated consumer, and the 3 considerations we’ll examine below will be helpful in that regard.

The first of those 3 considerations is the lawyer’s personality and it is an important subject that is almost never examined in any writings. I use the term “personality” rather broadly here, and mean it to also include what I have, in previous writings termed, “the voice of the lawyer.” At their core, lawyers are communicators, and whether that’s done by speaking, writing, or, in my case, both, the ability to meaningfully exchange information with everyone involved in or relevant to a case is the real measure of a lawyer’s ability.

Somehow, though, it has developed that plenty of attorneys (and, obviously, a lot of people who hire them), mistakenly equate being a smart, tough lawyer with being a rude a$$hole. That stereotype is dead wrong. An a$$hole is just an a$$hole, and rather than being any kind of a plus, it’s a definite minus for a lawyer. Let me explain:

TV and movies have created an image of lawyers as being sharp-tongued and always ready with some smart (or smart a$$) thing to say. That’s not how successful attorneys conduct themselves in the real world.  Not one of the lawyers on the O.J. Simpson “dream team,” for example, was like that.  Still, some lawyers come off rude and think that appearing “tough” is some kind of an asset.

No matter how you cut it, a criminal and DUI lawyer’s job is to persuade on his or her client’s behalf to bring about the best results, and there are simply no circumstances where being an a$$hole is the best way to do that.

For example, if I was being wheeled into the hospital with a bad gash on my face, and was given a choice between having 2 surgeons stitch me up, one of them being very nice, and the other a flaming a$$hole, but I was told that the nicer one would thread me like a football and leave a huge scar, I’d pick the a$$hole to do the job.

In many situations, the fact that the person doing better work is a jerk, while annoying, is something we choose to live with because it doesn’t matter. Many movie stars and musicians are known to be very unfriendly, but as long as their body of work is good, who cares?

This is NOT the case with lawyers.

Your attorney is your “mouthpiece,” and if you find him or her to have anything less than an attractive personality, it is almost certain that others will get the same impression – particularly others that matter, like the Judge, the prosecutor, and police officer or detective in charge of the case. After all, your lawyer has to convince everyone that you deserve a break, and then get it for you.

There is simply NEVER a circumstance where a defense lawyer being a jerk will make anything better for someone facing a criminal or OWI charge. Remember the old saying: “You catch more flies with honey than you do with vinegar.”

As much as nobody likes a loudmouth, neither should a lawyer be too reserved, either. While being a blowhard is no good, neither is being a wallflower. It may work well for a bodyguard, but being “the strong, silent type” won’t cut it for a lawyer, because communication is his or her stock-in-trade.

Thus, a lawyer must have sufficient backbone to stand firm and fight for his or her client, but that had nothing to do with being inconsiderate, or rude. In fact, the strongest people are almost never those with the loudest voices in the room. Strength can call for a lawyer to remain silent when it’s better to do so, or speaking up when it’s not.

A strong lawyer has to know when to stand firm and when it’s better to compromise. Traits like “tough” and “aggressive” need to be counterbalanced by others like compassion and intelligence. At the end of the day, a lawyer should handle every client’s matter the same way he or she would if it was his or her child’s case.

Beyond being able to persuade, a good lawyer has to be able to explain things clearly, and the better he or she is at doing that, the better for the client. We can use another medical analogy here: if you are wheeled into the ER on the brink of death, and the surgeon who saves your life isn’t a particularly good communicator, who cares? That doesn’t directly relate to the skill he or she needs to do what’s necessary in the operating room.

For a criminal and DUI lawyer, however, the ability to communicate clearly and persuasively IS the most important skill to have. In a very real way, NOTHING else matters, especially in the courtroom, where what will happen to you is decided.

In the real world, this means that any lawyer you hire for a criminal or DUI case should be able to make everything understandable to you, and, if you need it clarified, be able to do that effortlessly. It’s easy for lawyers to speak legalese among themselves. The real trick, though, is to be able to translate all the legal stuff into plain English so the client can get a real sense of what’s going on.

As a person looks for a lawyer, the first things to assess is the lawyer’s personality. In some cases, like with my office, a person can get a good sense of that through articles like this, or on a website. If a website is long on self-praise, but short on real information, that says something. Whatever else, as you look around, look for lawyers that are friendly and communicative.

To that end, if you think a lawyer or law office is impatient, rude, or otherwise unfriendly, keep looking around. That’s not only a red flag, but it’s also unacceptable, especially with so many lawyers out there looking for your business. As we conclude this first installment, if there’s one underlying thing to everything we’ve talked about so far, it’s that, as a consumer, your job is to look around. The more you websites you read and phone calls you make, the better. The idea of “shopping around” also applies equally to what we’ll discuss in the second part of this article.

We’ll stop here and pick up again in part 2 by looking at the role of the lawyer’s experience, and how that ties into the importance of the location of the case.