In part 1 of this article, we opened by acknowledging that the whole reason a person hires a lawyer in for a criminal or DUI charge is to produce the best (meaning most lenient) outcome possible. We began by examining the first of the 3 most significant considerations that a person should evaluate as he or she looks for representation: the lawyer’s personality. I noted that our discussion should be helpful to anyone looking for a lawyer for a Michigan criminal or DUI case. Here, in part 2 we’ll look at the second and third considerations, the lawyer’s experience, and the location of the case. We’ll see how those 2 things interconnect, as well. 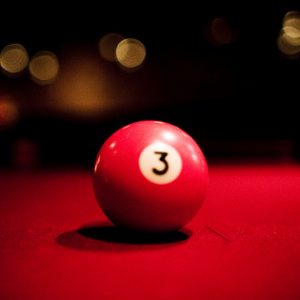 The second consideration is the important role of the lawyer’s experience. This really cannot be overstated. In my office, we concentrate in DUI and certain criminal cases in Oakland, Macomb and Wayne Counties. Because we focus our practice on criminal charges like indecent exposure, driving on a suspended license, and embezzlement, we have handled them, quite literally, more times than we could count. There does come a point when, after having done so many of the same kinds of cases, you actually have “seen it all.”

The value of experience seems pretty self-evident, but the way a lawyer can use it isn’t always so obvious. For example, I have been part of some rather creative plea bargain deals in one place, only to find that in another place, they’ve never heard of doing it that way. In some of those cases, I have successfully persuaded a prosecutor or Judge to try something new, in large part because I have seen it done elsewhere and been able to persuasively explain that it worked.

It doesn’t matter what a person does for a living, he or she will always be much better at it after having done it hundreds or thousands of times than when they first started.

Here’s a funny, but true example of that from my own life. When my wife and I bought our first home, we had window blinds put in. The day the guy came out to do the installation, he told us his name was “Joe” and explained that we were his first solo job after some time in training. He was nice but nice didn’t make up for his lack of experience. Joe turned some of my window frames into Swiss cheese, and a lot of wood filler wound up being used that day.

From that time forward, my wife and I have said we don’t ever want another “Joe.”

When you’re looking for a lawyer, you don’t want a “Joe,” either.

When we built our current house, we used a local window blinds company owned by a husband and wife team, and they did the installation themselves. By the time they did our job, they had probably done thousands before, and their experience showed. Neither of them was any kind of “Joe.” Everything was done precisely, and there were no missed drill-holes. Now, when my wife and I have any work done, we will, quite literally, ask for a “seasoned” person to come out and do it.

When it’s you having to face a criminal or DUI charge, you want a seasoned lawyer to handle it for you. You want your legal fees to buy experience, not pay tuition.

Experience is a big part of the reason that my office limits our criminal and DUI representation (but not driver’s license restoration – we do that state and nationwide) to the courts of the Greater-Detroit area (Oakland, Macomb and Wayne Counties). By going to these same courts, again and again, day after day, we know how things are done in there, and, equally important, what won’t fly with any particular Judge.

There is a special kind of confidence that comes with a lot of experience. Part of having “seen it all” means having had to dig through the law books in those really oddball cases, and learning the various nuances of the law and procedure. This gives rise to that certain level of confidence that can only come from having done something a million times over, and knowing that you can figure out the best way to handle anything, even if it is a little different.

Of course, this kind of experience in a particular field is easier to get in the big city, where, as a criminal or DUI lawyer, there is an endless flow of cases. Lawyers in less populated areas must, by necessity, maintain a more general practice. In the course of any given year, my office will handle more DUI and license restoration cases alone than many lawyers in smaller towns will see in a lifetime.

In certain places, however, the lawyers have no choice but to do a bit of everything. In those places, that’s not a bad thing. This, of course, is directly related to location, so we’ll turn to that subject now.

Our third and final consideration – location – may come last, but is every bit as important to finding a lawyer as personality and experience. Location is important because every court is different, and the very same case brought in one jurisdiction can have a very different outcome if brought somewhere else. This becomes a kind of circle, where experience and location begin to tie into each other.

In any large Metropolitan area, for example, you expect a lawyer to know the differences between all the courts in the various cities, and if have a criminal or DUI case there, you better make sure the lawyer you hire does.

In the Tri-County area (Wayne, Oakland, and Macomb), “local” has a very different meaning than it does in other, less populated areas. Most lawyers here have heard stories about a colleague having appeared in some distant, rural court, only to feel very unwelcomed, and perhaps even harming the client’s cause, all because the attorney isn’t local.

This means that if you have a case in some court distant from the Metro-Detroit area, you are almost certainly better off hiring a local lawyer, even if his or her practice is general, than you’d be by bringing in some specialized criminal or DUI lawyer from around here. If a lawyer walks into a court not knowing how things are done there, what kind of experience is he or she selling?

Worse yet, if a “big city” lawyer walks into a small-town courthouse, he or she can be seen as taking business from the locals. The reverse generally doesn’t happen in the larger, metropolitan courts.

We don’t live in a perfect world.

I know that if I was facing a DUI in some small town well outside of the Metro-Detroit area, I’d be looking for a lawyer very local to the court where my case is pending, and I’d understand that he or she would almost certainly be far more of a general practitioner than some “DUI lawyer” from around here.

By contrast, if I was charged with a DUI anywhere in Wayne, Oakland or Macomb County, I would be looking for a DUI lawyer from the Tri-County area to represent me, rather than an attorney who does a little bit of everything, from criminal and divorce, to personal injury and wills and estates.

As far as the role of location goes, even here, in the Detroit area, it is not uncommon to find in any court with more than one Judge that one of them is very different from the other(s). In other words, as much as the court in one city may be very unlike a court in a neighboring city, it is also the case that one Judge may be very different from the other Judge down the hall in the very same courthouse.

Location is so important that it’s usually the first thing I ask about regarding any new, or potential new case. The answer to “where” will, in a split second, give me a good sense for how a case is likely to play out. If I hear that it’s in one court, I can tell a person that he or she is lucky, and that they’re not going to get hammered. Of course, the flip side to this is that some people, by a mere accident of geography, aren’t so lucky if their case is pending in a different court.

Although there’s little to be done about where a case arises, the lawyer you hire should know your court well, and know in what ways it is both similar and different from all the others, and what will and won’t fly there. Again, this is why my team and I limit our criminal and DUI case representation primarily to Oakland, Macomb and Wayne Counties.

As we reach the end of our discussion, I think the 3 topics we’ve gone over can be well summarized in reverse order:

Where your case is pending has a lot to do with how things will unfold, and what can and cannot be done there.

The experience of the lawyer is key to helping the client get through things, and knowing his or her way around a particular court and, knowing what will and won’t fly with any particular Judge.

Finally, the ability to make things happen and produce the best results really goes to the personality of the lawyer, meaning how persuasive he or she is with the Judge and prosecutor, and how clearly he or she can listen and explain things to everyone that matters.

As I noted at the outset, there are many other factors that go into finding the right lawyer, but if you remain focused on the 3 we’ve discussed you’ll have an advantage as you begin to look around. Remember, everything we’ve gone over only matters if you take the time to explore your options and do some comparison shopping.

If you are facing a criminal or DUI charge and are looking to hire a lawyer, do your homework. Read around, then check around. All of our consultations are free, confidential, and done over the phone, right when you call. My team and I are very friendly people who will be glad to answer your questions and explain things. We can be reached Monday through Friday, from 8:30 a.m. until 5:00 p.m., at 586-465-1980.