Everyone knows that being charged with a 3rd offense DUI in Michigan is a big deal. The last thing anyone needs when facing a felony OWI charge is some lawyer listing all the bad potential consequences that can occur, ESPECIALLY because, with the help of a good DUI lawyer, most of them can be avoided, or at least substantially minimized. In this 2-part article, I want to talk about avoiding things like going to prison, unnecessary jail time, and getting hit with over-the-top probation in a 3rd offense case. Part 2 will be a bit longer than this first installment. 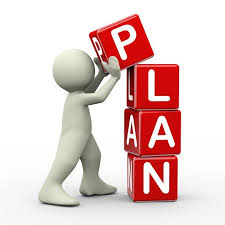 Because the possible consequences are serious for a 3rd drunk driving charge, every shred of evidence, and every step of how it was collected, needs to be carefully examined by a lawyer who knows what he or she is looking for. The idea, of course, is to wholeheartedly try and find a way to beat the charge. It’s not good enough for some lawyer to merely look at the case to see if something jumps out; instead, he or she has to dig deep, and really evaluate things.

A 3rd offense charge is best handled by a skilled lawyer who puts everything under the microscope for a critical and thorough evaluation. Because the stakes are high, the lawyer has to examine the evidence with the mindset that there are issues and problems with it, even if they’re buried deep in the details, and to keep digging until he or she finds something.

Of course, everyone hopes that there is some fatal flaw with the case against them that can result in the whole thing being thrown out of court. Although such results are the exception, rather than the rule, it is in the careful search for any and every evidentiary defect where little things are discovered that, if not good enough to get the case dismissed outright, can help drive a better bargain or positive result that might not have otherwise been possible.

Whatever else, a lawyer’s determination to find something to beat the charge, or to use in defense against it, stands in stark contrast to a “let’s see what we have here” mindset, and is key to getting the best outcome possible. No boxer steps into the ring for a fight saying something like, “well, we’ll see what happens.” You either go in to win, or to lose.

It’s also important to understand how the location of a case plays a key role in how things will turn out. Although my driver’s license restoration practice is statewide, my team and I only handle DUI cases in the Metro-Detroit, Tri-County area of Wayne, Oakland and Macomb Counties. There are plenty enough differences between how things are done within these 3 local circuit courts to make each one unique from the other, but thankfully, none of them is “prison happy.”

That’s not the case, however, in some of the more distant counties.

This requires a little explanation, so let me first set out all the potential legal penalties for OWI 3rd offense, and then I’ll circle back to clarify what I mean. Under Michigan’s OWI law, a 3rd offense OWI carries the following possible penalties:

• $500 to $5,000 fine, and either of the following:
◦ 1 to 5 years imprisonment OR
◦ Probation, with 30 days to 1 year in jail.
• 60 to 180 days of community service.
• Driver’s license revocation and denial if there are 2 convictions within 7 years or 3
convictions within 10 years. The minimum period of revocation and denial is 1 year
(minimum of 5 years if there was a prior revocation within 7 years).
• License plate confiscation.
• Vehicle immobilization for 1 to 3 years, unless the vehicle is forfeited.
• Possible vehicle forfeiture.
• Vehicle registration denial.
• 6 points added to the offender’s driving record.

Thus, technically speaking, a person convicted of a 3rd offense can be sent to prison for 5 years. Relax; that doesn’t happen here, in the Detroit area. However, there’s more to worry about than just that, so I have to break things down little more:

By law, a conviction for a 3rd offense means a person MUST, at minimum, serve 30 days in jail.

The bad news (and, in the larger picture, it’s really not that bad) is that there is no way around or out of this. In other words, any and every one convicted of a 3rd offense DUI must do at least 30 days in jail.

The good news, however, 30 days isn’t exactly 30 days; it’s less. Under Michigan law, because of what’s called “good time,” unless someone gets in trouble while in jail, he or she receives 5 days credit per month. Thus, 30 days is really 25 days, and with credit for an overnight in jail following the DUI arrest itself, most people are only looking at 22 whole days of incarceration.

So how does this help explain “prison happy?” It doesn’t quite yet. I have to cover a bit more ground before we get there:

Because there is a much larger population here in the Greater-Detroit area, the circuit court Judges in Wayne, Oakland and Macomb Counties regularly see all kinds of horrible and serious crimes, including things like murder cases, rather frequently.

This is a very different experience from being a Judge in a less populous county, where there are few, if any murders, car-jackings, or other “big city” crimes.

At the end of the day, in the Detroit-area circuit courts, a 3rd offense OWI is very near the bottom of the seriousness scale, particularly when there was no accident or injury.

In other courts, where there are far fewer cases overall, and thus far fewer felonies, a 3rd offender stands out a lot more than here, where his or her case gets mixed in with charges of armed robbery, murder, rape and such.

I’m trying to be polite here, but I hope the reader is catching my drift…

To tie this together, I have had some driver’s license restoration clients who served prison time for a 3rd offense DUI (including what we call a “true 3rd,” meaning the person only had 2 prior DUI convictions before picking up his or her 3rd offense). All of these sentences were handed out by Judges in far less populated (i.e., more rural) counties than here, in the Detroit area.

By contrast, I have never met anyone whose 3rd or even 4th offense got them sent to prison by any Tri-County circuit court Judge.

In Michigan, a jail sentence means a person will be housed in the county facility (jail) for 1 year or less (and also remember, that, under state law, a person gets a “good behavior” credit of 5 days for each month, so that even a year in jail really amounts to 10 months).

A prison sentence is different. A person cannot go to prison for less than 1 year and 1 day, and state prisoners are housed at various facilities (prisons) all over the state. Thus, jail is short term, and local, whereas prison is long-term and never local. Indeed, people in prison are transferred from one place to another all the time, so a person may start out in Jackson, spend a few months on the west side of the state, and then be shipped to the UP thereafter.

Jail and prison are very distinct and unequal places. Being sent to prison is a much more serious penalty than being ordered to serve some jail time.

Because of the way this article flows, this is a logical place to stop. As I noted at the start, part 2 will be a tad longer than this first section. We’ll come back in part 2 with some examples of very lenient sentences from cases I’ve recently handled, and then move on to examine how the lawyer needs to balance several things in order to mount a good and proper defense to a 3rd offense DUI charge.