In part 1 of this article, we began examining 3rd offense (felony) DUI cases in Wayne, Oakland, and Macomb Counties. I noted that most of the scary-sounding potential consequences, like going to prison, can be avoided, and that the lawyer needs to carefully evaluate the evidence, right from the start, with the mindset that there IS something to be found that can be used to defend the case, rather than merely hoping for something obvious to jump out. Here, in part 2, we’ll pick up right where we left off, and see what a lawyer should do to protect the client from as many penalties as possible. 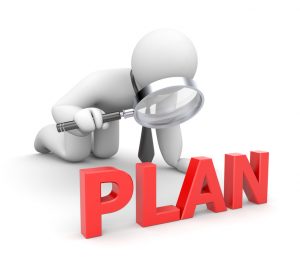 Generally speaking, anyone facing a true 3rd offense DUI in the Tri-County area is looking at a relatively short stint in jail, and NOT prison. When things are done right, jail can usually be minimized to the legal minimum of 30 days, which, as I pointed out earlier, works out to about 3 weeks of actual time behind bars. Even in cases where it’s a person’s 4th offense, if things are handled properly, a few more weeks may be tacked on, but, in my considerable, nearly 30 years of experience, nobody goes to prison around here for a 3rd or 4th offense.

For example, in one recent case, my client had 5 prior DUI convictions, making our case his 6th. We worked hard, and managed to limit his jail term to 60 days (meaning about 47 days, actually). In another case, my client had 4 prior DUI’s, and we handled his 5th. Despite some rather challenging circumstances to his case, he also got 60 days, which, because of jail credit (he spent the weekend in jail before being arraigned) amounted to a sentence of about 45 days, to be served on work release.

It’s pretty accurate to say that most Tri-County circuit Judges tend to think of an appropriate sentence for a 3rd offense DUI in terms of 30, 60 or 90 days. Similarly, 4th offenses tend to be considered for things like 90 days, 6 months or even 1-year county jail stints.

There is another important real-world takeaway here: if your 3rd offense OWI is in the Greater-Detroit area (and assuming it’s really a 3rd or 4th offense), you’re not hiring a lawyer to “save” you from doing 2, 3, 4, or 5 years in prison, because you’re not going to prison in the first place!

Instead, you’re hiring a DUI lawyer to minimize the jail time you’ll do (if any) and the other things you’ll be required to complete as a condition of probation.

Although it’s just my opinion, if it was me facing a 3rd offense (at least in the Tri-County area) and I was looking for a lawyer, I’d rule out anyone who was not crystal clear on this point, and let it seem like I was really facing any kind of prison sentence. Broadly speaking, no one who portrays themselves as any kind of savior is really in a position to “save” you from anything, especially if they resort to such fear-based marketing.

Obviously, everyone would prefer that their lawyer discover some catastrophic police screw-up with the evidence, and get the case totally knocked out of court. The truth, however, is that those situations are the exception, and not the rule.

This is another huge point. People often get tempted by what they want to hear. The numbers, however, don’t lie. Under Michigan law, the State Police are required to follow EVERY single DUI arrest, from the moment of arrest, through the final disposition in court. Courts are required to account for every step along the way. Each year, the MSP is required to catalog this in what is called the annual “Drunk Driving Audit.”

You can find the summary of all cases for each toward the bottom of the report, before any of the appendices.

This means you should run away from any lawyer who makes it sound like the only thing that stands between you and having the whole case simply go away is paying his or her retainer.

As I noted before, when a DUI lawyer is diligent in his or her quest to find any and everything wrong with the case, even if there isn’t enough to cause a Judge to dismiss the matter altogether, things turn up that can be used to drive a better deal, or at least a better outcome. .

This is how things work in the real world.

The point I’m driving at here is that locally, in Wayne, Oakland or Macomb County, if your case isn’t one of the very few to be tossed out on some technicality, your lawyer’s job becomes to minimize your exposure to punishment every bit as much as it is to find a way out of the charge.

This only happens, however, when the lawyer works for it.

I always say that success in a DUI case is best measured by what does not happen to you. And to be sure, good outcomes are the result of good work, not good luck.

Of course, there is a whole world of other potential consequences beyond just getting locked up. It’s natural to fear jail the most, but for anyone who gets sentenced to 22 days that part of the sentence will be over soon enough.

After that, the person may be on probation for the next 2 years, not have a license, and be required to jump through all kinds of other hoops.

These consequences need to be considered, and, to the extent possible, avoided or minimized, and a lawyer should get to work on that right from the start. This is where equal effort should be directed. If a lawyer’s only plan is to get the case dismissed, that’s not much of a plan at all. Instead, the lawyer needs to work the case from every angle.

Minimizing the fallout from a 3rd offense DUI means being proactive, and that begins with addressing the one big thing we haven’t talked about so far: drinking. As anyone who has gone through a 2nd offense DUI will recall, the court zeroes in on a person’s relationship to alcohol and makes it the central focus of the case. That focus gets WAY more intense in a 3rd offense DUI.

Whether to get into counseling and/or treatment right away, or when to begin, not to mention what kind of help one should get, are key factors involved in the proper handling of a 3rd offense. Of course, how this is done affects the case, but it also is relevant for the person him or herself. “Help” is important, but experience has taught that jamming someone into the wrong kind of “help” is really no help at all.

In a 3rd offense situation, a lot of people immediately think “AA.” To be sure, AA is a great program, but it’s not for everyone, and certainly not in the long term. One of the best ways to alienate someone from honestly evaluate his or her relationship to alcohol is to force them into some kind of program that’s not a good fit. If possible, a lawyer should work with the client to consider these options, both from the perspective of what will help the case, but also in terms of what will help the person.

In terms of doing that, beyond just being a lawyer, I bring a clinical education to the table, as well, having completed a formal, post-graduate program of addiction studies. I have a comprehensive understanding of the development, diagnosis, and treatment of alcohol problems.

Because a key part of my practice is driver’s license restoration cases, where the main issue is a person’s sobriety and having overcome a drinking problem, I also have the benefit of nearly 3 decades of experience in seeing what has worked for people.

In other words, I am in the rather unique position to have been able to reverse-engineer how people have gotten sober. As much as I know what has worked, I also know that everyone is unique, and while 1 person may love something like AA, 3 or 4 more may not respond to it very well.

This experience and knowledge helps me direct my clients to the kind of counseling or treatment that’s “right” for them, while helping protect them from getting crammed into something that isn’t a good fit, or that is otherwise unnecessary. This is huge in the context of any DUI case, but even more so when someone is facing a felony 3rd offense.

Things like getting into counseling, or not (especially if there is a possibility of negotiating a plea bargain that brings 3rd offense felony down to a 2nd offense misdemeanor and/or getting a client into sobriety court) must be evaluated as early as possible.

Beyond counseling and treatment, the other terms of probations can’t be treated like an afterthought, either. A 3rd offender can count on at least 2 years of probation, but after that, any time we can avoid is a real bonus. Probation almost always involves some kind of alcohol and, possibly, drug testing. Anyone who has ever been on probation understands that less is better.

It’s the same for community service, and really anything you are required to do. Even if a person loves going to counseling, far better that he or she does so voluntarily, rather than as part of a court order. If you miss a session while on probation, you could get violated. If you miss it when you’re going on your own, the worst thing you face is a charge for not canceling soon enough in advance.

No matter how you cut it, success in a DUI case really IS best measured by what does not happen to you.

Planning a defense, therefore, involves more than just hoping to find something to get the case tossed out of court. Good planning requires that a lawyer still plow full-steam ahead in the quest to find any and every flaw in the case against his or her client, while simultaneously examining treatment, plea, and sentencing options right out of the gate.

In a sense, a lawyer has to be working 2 plans at once. This is the kind of thing that should be first and foremost in a lawyer’s mind as he or she takes a new, 3rd offense case. Looking at treatment and other ways to minimize consequences is important, and not a mere “backup plan.” However, that should never be undertaken to the detriment of a solid defense, either.

In a very real way, this is a balancing act.

As a consumer, you should do your homework as you look for a lawyer. Read around. In particular, see how other lawyers explain this in their writings. You can usually get a sense of the “voice of the lawyer” through his or her articles, or web pages.

After you read around, check around. Make inquiries. Ask questions. If your case is in Wayne, Oakland or Macomb County, know that all of my consultations are free, confidential, and done over the phone, right when you call. We are very friendly people who will be glad to answer your questions and explain things. You can reach my office Monday through Friday, from 8:30 a.m. until 5:00 p.m., at 586-465-1980.