As Michigan criminal and DUI lawyers, my team and I deal with both misdemeanor and felony charges every day. Often enough, we’ll be asked by a client to explain the real difference between the 2 kinds of offenses. This happens a lot when the charge my client is facing is one that can be brought as either a felony or a misdemeanor, like DUI’s, embezzlement, indecent exposure offenses, as well as certain drug crimes. In this 2-part article, I will examine and provide an overview of what differentiates a felony from a misdemeanor charge. 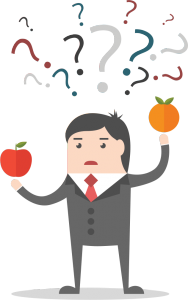 In the real world, people tend to react more fearfully when facing a felony rather than a misdemeanor. It is simply understood by just about everyone that, on a criminal record, having a felony just looks “bad,” and much worse than having some misdemeanor like impaired driving or disorderly person. Even in the context of things like embezzlement and indecent exposure cases, the misdemeanor versions just seem “less bad” than their felony counterparts. This is certainly not breaking news to anyone. Let’s dig a little deeper into all of this…

First, we need to differential the terms “jail” and “prison,” because, although they are often used interchangeably, they mean very different things. Jails are run by a County Sheriff, while prisons are maintained by the Michigan Department of Corrections (MDOC). In Michigan, a person can only be kept in jail for 1 year or less, while a prison sentence is almost always for at least a year. In a very real way, prison is “big time,” kind of like the “majors,” while jail, although never fun, is more like Little League.

What’s really important is that, because a misdemeanor is, by definition, an offense punishable by no more than 1 year in jail, a person can never be sent to prison for a misdemeanor offense.

By contrast, a person convicted of a felony can be sent to prison for any number of years, or sentenced to jail for any period of time – 45 days, 90 days, 6 months, or even longer – up to (but not to exceed) a year, or could not be incarcerated at all. The terminology used here is also important, because prison sentences are almost always expressed in “ranges,” like 12-24 months, or 60 to 240 months, whereas jail sentences are always specific (30 days, 60 days, 180 days, etc.).

It is a given that some offenses are more severe than others. A loud party at 11 at night is qualitatively different than murder. Those are 2 obvious extremes, but even for offenses like drunk driving, we can see how, after a 1st offense DUI, each subsequent conviction for the same offense ramps things up. Thus, everyone knows a 2nd offense DUI is worse than a 1st offense, and that a 3rd offense felony DUI is the worst of all. In that same way, a misdemeanor embezzlement charge will be brought for a relatively minor theft, whereas by the time a person gets charged with felony embezzlement, the amount of money at issue is pretty high.

Some charges, like possession of cocaine or possession of analogues (drugs like Oxycontin, Vicodin or Xanax) are automatically classified as felonies and not misdemeanors, even though they’re not seen as overwhelmingly serious, like murder or rape. At least here in the Metro-Detroit area, a person with a 1st offense possession of cocaine or analogues charge has about ZERO risk of going to jail, even though, technically speaking, he or she is facing potential prison time because the charge is a felony. In fact, jail is still not really on the menu, even for someone facing a 2nd offense for those charges, though he or she is far more likely to get slammed with counseling, treatment and testing.

This stands in stark contrast to someone facing a 2nd offense DUI, where there is a very real risk of getting hit with at least a short stint in the “pokey.”

Still, which would you rather have on your record for a potential employer, a 2nd offense DUI misdemeanor or a felony cocaine possession charge?

Some felonies “start out” as misdemeanor offenses, but they get elevated to felony status because a person keeps racking them up, doing the same thing over and over again. Thus, a 1st offense DUI is a misdemeanor, as is a 2nd offense DUI, but when it becomes a person’s 3rd go-round at drunk driving, it becomes a felony.

Besides potential incarceration, another critical difference between a felony and a misdemeanor is how each proceeds in court. Both kinds of cases begin with an arraignment, but things take a different path from that point forward.

The first substantive step in a felony is called a “probable cause conference.” This is a meeting between the defense attorney and the prosecutor that is scheduled at the time of arraignment and must take place no less than 7 and no more than 14 days thereafter. At the arraignment, another date, for what is called a preliminary examination, must also be scheduled, and it cannot be set for less than 5 nor more than 7 days after the date of the probable cause conference. This can get very deep, and it is not our purpose to break all that down here. However, to understand this better, we kind of need to put the cart before the horse a little bit, so let’s first talk about the preliminary exam, and then we’ll circle back to the probable cause conference:

By “tested,” what I mean is that the law holds that before a person can be made to go to circuit court to face a felony charge, the prosecutor must be able to prove to a district Judge that the case is strong enough. Legally speaking, “strong enough,” in this context, means that the prosecutor must, at a preliminary examination, be able to satisfy the district court Judge, where the case is first brought, of 2 things: first, that there is probable cause to believe a crime has been committed, and second, that there is probable cause to believe the person charged committed it. Hang on a second before you start thinking this is getting too complicated…

How this plays out in the real world is that if a person wants to challenge the charge or charges made against him or her, a preliminary exam will be scheduled and the prosecutor must present enough evidence to show the Judge that there is at least enough evidence to believe a crime was committed, or a law was broken, and that there is at least an honest, debatable question of fact that the person charged with the crime is responsible. As I’ll explain later, the prosecutor, more than anything else, must convince the Judge that the case isn’t “bull$hit.”

We’ll stop here for now, and come back in part 2 and resume our discussion by looking at what happens at the preliminary examination.