One of the most important yet frequently overlooked things in a Michigan driver’s license restoration or clearance case is a person’s recovery story. Some people never think about getting sober in this way, and go on to win their cases without ever being aware of the “story” element that underlies it. Nevertheless, it’s always there, in every winning case, just like breathing is “there” for every living person. In this article, I want to bring this ever-present aspect of license appeals into plain view, because by doing that, we’ll see what really makes a winning case “tick.” 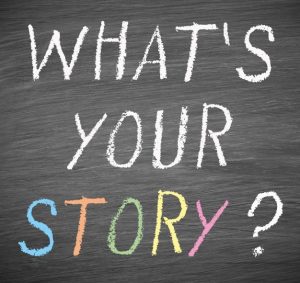 The first thing we need to spell out is the actual, legal objective of a license appeal. A person wins a race by being the first to cross the finish line; likewise, he or she wins a hot dog eating competition by eating the most hot dogs. In almost every endeavor, a person begins the process knowing exactly what he or she must do to succeed. One of the strange realities is that often enough, people jump into a license appeal without understanding the rules, figuring that the fact that they “need” a license and/or haven’t been in any trouble for a while is enough to win.

The real meaning of this – the “meat and potatoes” of a license appeal – is that a person must be able to show that he or she has given up drinking for good, and is a safe bet to never drink again. The Secretary of State decides driver’s licenses appeals pursuant to very strict rules, the first of which starts with this language: “The hearing officer shall not order that a license be issued to the petitioner unless the petitioner proves, by clear and convincing evidence, all of the following:…” (emphasis added).

In other words, the license appeal process does not start out with the scales of justice balanced evenly, at mid-point, in a kind of “maybe” posture. Instead, the appeal process begins at the point of “absolutely not,” with one side of the scales weighted all the way down to “no.” Anyone who wants to win their license back has to pile up enough evidence on the other side to move the scales all the way over to “yes.”

That’s a huge burden, and it’s meant to be that way.

Would you get on a plane if you were told the mechanic gave it a 99% chance of not crashing? Heck no! Instead, you’d stay back, completely preoccupied with the 1% reason that it might crash.

The same kind of focus on the negative applies in a license appeal case.

This seems harsh, and, to a certain extent, it is, until you look at the bigger picture. In Michigan and by operation of law, any person convicted of 2 DUI’s within 7 years or 3 DUI’s within 10 years (the rules for 3rd offense license sanctions are different than they are for criminal charges, where a person’s 3rd offense in a lifetime is a felony) is considered a habitual alcohol offender and will have his or her license revoked.

The license is taken away because, by law, it is presumed the person has an alcohol problem.

The state sees any such person as too much of a risk to be allowed to drive until he or she can show that they won’t drink anymore. After all, a habitual alcohol offender is a demonstrated, multi-offense drunk driver.

The state, for its part, has drawn a very clear line in the sand about driver’s licenses: only those people who can show they’ve quit drinking for good will ever be allowed back on the road. One fact is beyond dispute: people who don’t drink are precisely ZERO RISK to ever drive drunk.

After a person has racked up 2 or more DUI’s, the state effectively washes its hands of them, concluding that it’s too risky to all them on the road as long as they have any relationship to alcohol whatsoever. The rules are very clear about the fact that a person must prove he or she is sober, and committed to lifetime sobriety, in order to win a license appeal.

Under those governing rules, and in practice, the Secretary of State will NEVER consider giving a license back to someone who so much as even thinks they can ever drink again.

The relative certainty that a person who doesn’t drink won’t drink and drive stands in stark contrast to anyone who tries to argue things like I don’t drink like I used to, or that it was mostly a matter of being in the wrong place at the wrong time, or I know what it probably looks like, but I never really did drink that much to begin with.

In fact, it doesn’t matter if a person can prove that their 2 DUI’s were the only 2 times they ever drank in their lives; what’s clear, even from that, is that when they DO drink, it’s a risky proposition, and nobody is going to take any more chances on that person when it comes alcohol and having a driver’s license.

Moreover, the state turns a deaf ear to arguments about how much a person needs a license (one hearing officer dismisses that outright by saying “everybody needs a license”), or questions like “how do they expect me to keep a job?”

The idea that a person is held back without a license is a complete non-starter, and it couldn’t matter less how much a person “needs” to drive. Once a person’s license has been taken away for multiple DUI’s the only way for him or her to win it back is to earn it back by proving that he or she has the commitment and the tools to remain sober.

Thus, sobriety is the first requirement and absolute key to winning a license appeal.

In real life, however, a person can’t just automatically go from having a drinking problem one day to being sober the next, or expect that, if they do “put the plug in the jug,” so to speak, everything will get better in an instant. Getting sober takes both commitment and effort. It’s a process.

There is a real transformation that a person undergoes in changing from drinker to non-drinker, and that’s where the story part of all this can be found.

There are plenty of common elements to getting sober, but at the core of every decision to really quit drinking, there is something deeply personal and unique to the person him or herself that was the reason to stop.

A person can’t get sober for somebody else’s sake, nor can they get sober just to do something like win back their driver’s license.

Inevitably, everyone who gets clean and sober has to “hit bottom” first, and then quit for themselves. They have to get hurt, in the sense that they find themselves too far outside of what’s comfortable for them. AA people often describe the decision to quit drinking as “being sick and tired of being sick and tired.”

Everyone has a different bottom, and, as experience shows, some people seem to have no bottom whatsoever (think of a homeless panhandler). For everyone who does get sober, though, there is a moment when they’ve just had enough, and they realize that drinking isn’t fun anymore, that it has created too many problems to ignore, and they finally see alcohol as the common denominator to all the things that have gone wrong in their lives.

Suddenly, the person has a perspective unlike they’ve ever had before. They see things differently, and know the only way forward is without alcohol. Underlying all of this, however, is the very basic notion that people only change when the current state of affairs becomes too uncomfortable. Let me use an old example that really makes this clear:

A door-to-door salesman was having no luck. He’d covered a whole, big neighborhood on a hot, sunny day, and hadn’t made a single sale. As he was on his way back to the meeting point, he passed a street he had skipped before, because it was a long block with a dirt road, and only one lonely house at the far end. Having not made a dime for the day, and with only 1 last chance to do so, he decided to trudge down there and try his luck.

As he got near the porch, he heard a dog howling inside. He rang the doorbell and, soon enough, an old man answered. At the salesman tried to make his pitch, the dog just kept howling away, making it impossible for the guy to even hear himself speak. Frustrated, he asked the old man, “what’s up with that dog?”

“Sitting on a nail!?” shrieked the salesman. “Why doesn’t he get up?”

“He will,” responded the old fellow, “when it hurts enough.”

It’s obvious when we say it, but the fact is, nobody quits drinking because it’s working out so well.

Usually (but not always), when people do finally reach that conclusion, it comes as a kind of “epiphany.” Over the decades, I have, quite literally, heard thousands of stories about people having that “a-ha” moment in the back of a police car, or in a jail cell, or when they reflected on someone or something they lost because of their drinking.

Even so, there are also people who quit drinking for other reasons, at least at first, and then simply decide they like sobriety better. However fast or slow it comes, the decision to quit drinking is what clinicians call a “tipping of the decisional balance.”

What has to happen, in order for this “tipping” to occur, is that the reasons to not drink and the rewards for not drinking must add up and weigh more, in a person’s mind, than the reasons to continue drinking and the benefits a person perceives from doing so.

The is always a story behind the circumstances. experiences and reasons that brought someone to the point of deciding to quit drinking, just like there is a story about what happens after they make it.

We’ll focus more on that in the next section. We’ll stop here, and resume our discussion in part 2.