There is an old saying that, “a little knowledge is a dangerous thing,” and while it has almost universal application, it is especially relevant when someone tries to “play lawyer” and handle his or her own driver’s license restoration or clearance appeal. You can learn can get a lot of information from it, but Google can’t give you a law degree. People often confuse, or incorrectly equate information with knowledge and experience. A person can acquire information about a particular subject, but that’s very different from having a systematic understanding of it, especially from having actually done it (successfully, no less). 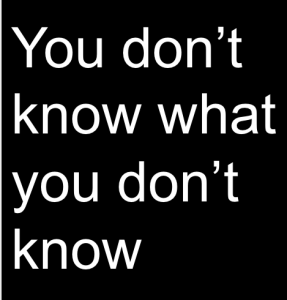 The dictionary defines systemic as follows: “relating to a system, especially as opposed to a particular part.” In terms of driver’s license restoration and clearance appeals, this means that understanding the individual parts of the license appeal process isn’t enough; one has to understand how they flow and interact, as a system. For example, most people know that to win a license appeal, you have to submit a “favorable” substance use evaluation (SUE), but they don’t really understand what the various course specifiers on the front page mean, nor what the differences are between them.

The license restoration process is, in every sense of the word, a system, and it is based on certain, well established principles of law. The whole “burden of proof” requirement serves as another example; the law mandates that, in a license appeal, a person prove his or her case by what is defined as “clear and convincing evidence.” Anyone handling a license appeal needs to know exactly what that means, and how that standard compares with, and is different from, the other legal standards of proof, like “preponderance of the evidence,” “probable cause” and “proof beyond a reasonable doubt”.

To make the point more clearly, let me illustrate further. The idea of “systemic,” in this context, doesn’t mean some closed system, like a game with certain rules, but rather includes the license restoration process within the larger system of the law, which itself has certain concepts built upon concepts, with those, in turn, having been build upon other concepts, almost ad infinitum.

Although it may not seem so technical at first glance, every part of the license appeal process is based upon some other underlying legal meaning, and you can keep burrowing down through them, all the way to the precise legal definitions of specific words, like “clear,” and “convincing”.

In fact, the whole “clear and convincing evidence” standard of proof, as it is applied in license appeal cases, helps illustrate this point:

Unlike almost every other legal proceeding, which begins by presenting evidence to a neutral party who is supposed to begin with an open mind, favoring neither side, the hearing officer’s legal mandate in a license appeal is to NOT grant the case, unless, as the law instructs, the person proves it by “clear and convincing evidence.”

This is a small, but very important distinction, and it means that every license appeal filed with the Michigan Secretary of State starts out at “no,” and must be denied, unless the person filing it convinces the hearing officer to say “yes.” Let’s look at the written law to help clarify this. We don’t have to go over all of it (what we’re talking about here is in the first 2 paragraphs), but for information purposes, the main rule (Rule 13) governing license appeals reads as follows:

Notice, at the very beginning, how the rule begins with the instruction that the hearing officer shall not order that a license be issued.

This shifts the burden of proof entirely to the person filing the appeal. Many people may think they know what all this means, but probably don’t, and, truth be told, most lawyer miss this, as well.

In the most general sense, it means the hearing officer must start out at “no,” and unless the evidence submitted clearly convinces him or her to say “yes,” the case must be denied.

We see this play out a lot in ignition interlock violation cases, when a person goes in on his or her own, without a lawyer, and loses. Thereafter, they’ll contact us and question why the hearing officer didn’t rule in their favor, and they’ll want to argue things like common sense, or, “why would I…?” or some other reason that wasn’t part of their proofs.

Sometimes, the rules and the way they’re interpreted produces unfair results, but the bottom line is that anyone looking around on the internet, or trying to win a violation hearing by saying that their interlock provider told them this, or told them that, or that they called and spoke with somebody, without written proof, and without solid evidence that they weren’t drinking, doesn’t know what they’re doing, and will lose because that’s how the rule is written.

In a purely legal sense, when people argue things like “why would I drink when I knew I was going to be testing?” they’re asking a question, not presenting any kind of proof.

Moreover, there are important interactions between various provision within Rule 13, laid out above. There is, for example, an enhancement provision that allows a hearing officer to require more than a year of sobriety if a person has ever been convicted of a DUI with a BAC of twice the legal limit, or if the person has 3 or more DUI’s, or has ever had a relapse. You can’t really learn these things by “googling” around.

How, exactly, do the hearing officers define “relapse?” The state’s Substance Use Evaluation (SUE) form no longer has a section called “relapse history,” and has instead replaced it with one called a “lifetime abstinence history.” This means that a period of abstinence, followed by a return to drinking, can be construed as a “relapse,” even though the person may have only stopped drinking, with no plans to quit for good, because he or she was on probation and required to test to prove that he or she was complying with the Judge’s “no drinking” order.

Here’s an easy test: after reading Rule 13, above, if you do not automatically and immediately understand the corollaries I have listed below to the most commonly used provisions of the corresponding section, then you are essentially flying blind and don’t know what you’re doing:

If these all makes perfect sense to you, then you’re probably a driver’s license restoration lawyer. If you have to stop and think about any of them for more than a second, then handling license appeals is certainly not what you do for a living. If you have even a single question about any one of the corollaries I listed above, then you should quit screwing around and trying to play driver’s license restoration lawyer or trying to become one on the internet.

Now, for all of that, because the law allows people to represent themselves, some folks will be hell-bent on trying to save the money and do it themselves. I have written plenty of articles about the perils of a “do-it-yourself” license appeal, and I have tried to make some of those same points here, in this article, as well.

However, it’s simply way more work for me to go on and on and try and talk someone inclined to do so out of doing it themselves, so I say if you’re inclined to try it yourself, go for it.

If you win, then good for you, and you can never say I tried to dissuade you in some grubby attempt to get your money. If you don’t win, though, then you know where to find us when you need us. It’s honestly just a lot easier to let someone try it themselves first, because when they do call, we won’t have to waste any time trying to explain the risks of a homemade license appeal job.

Many of our clients come to our office having first tried it on their own and losing.

Of course, I don’t mean any of this to sound like a person shouldn’t look around as he or she tries to gather information. In fact, one of my signature lines is that if you’re looking for a lawyer, you should read around as much as you can, and read what other lawyers have written, including how they explain things, and how they explain themselves.

There is NEVER a downside to checking around, exploring your options, and learning what’s out there.

However, as I noted at the beginning of this article, information is great, but it’s not the same thing as knowledge and experience. Remember, Google can’t give you a law degree. Nor, for that matter, can it guarantee to win your case, like we do.

If you are looking for a lawyer to win back your Michigan driver’s license, obtain the clearance of a Michigan hold on your driving record, or handle an ignition interlock violation, do your homework. All of our consultations are free, confidential, and, best of all, done over the phone, right when you call. My team and I handle Michigan license issues no matter where in the state (or even the country) you may live. We are very friendly people who will be glad to answer your questions and explain things. We can be reached Monday through Friday, from 8:30 a.m. until 5:00 p.m. (EST), at either 248-986-9700, or 586-465-1980.