This article will answer the kind of questions that are often “googled” after a person has been released from jail following a OWI arrest, and that go something like “arrested for DUI now what?”  We’ll look at how a DUI case unfolds, from first police contact, through your arrest, and all the way to the end of the court process. 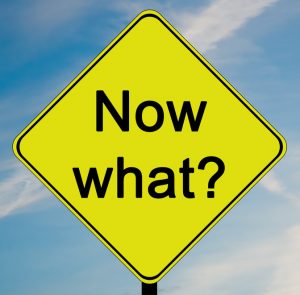 As a Michigan DUI lawyer, I concentrate my practice in Oakland, Macomb and Wayne Counties, so our examination will focus on how things play out here, in the Tri-County, Metro-Detroit area.  Rather than 1 or 2 long installments, I have chosen to break this article into 4 much shorter pieces for easier and quicker reading.

DUI cases proceed through a certain set of fixed steps.  In order to keep this article interesting, we’ll go over some of them more briefly than others where it’s logical to do so.

For the reader interested in the gritty details of every stage, refer to the DUI section of this blog, where I have posted an in-depth examination of just about every facet of the DUI process within the more than 360 articles I have written, making it an almost unlimited resource for anyone interested in learning more.  Thus, if a reader wants to dig deeper into any specific part of the DUI process, he or she can search through my articles and find exactly what they’re looking for.

This installment is more of an overview of the process and how it plays out.

A DUI case begins well before your actual arrest, and sometimes, even prior to your initial police contact.  Most of the time, things start by getting get pulled over, but there are all kinds of other ways people wind up talking to a police officer.  In some cases, the police respond to an accident, while in other cases, the police find someone just sitting in their car somewhere.

Under Michigan law, just being in the driver’s seat with the keys in the ignition is enough to charge someone with DUI, as our Supreme Court has ruled that doing so is good enough to be considered “operating” a vehicle.  Although this literally punishes someone responsible enough to pull over and “sleep it off,” it doesn’t matter what you or I think of such reasoning, because, like it or not, that’s just the way it is.  The larger point here, though, is that no matter how it occurs, a DUI case always starts at or before the first police contact.

Most of the time, the officer will ask you to perform some field sobriety tests (FST’s).  These include a heel-to-toe walk, standing leg raise, a “follow my pen (or finger) with your eyes, but don’t move your head” test, technically known as the horizontal gaze nystagmus (HGN).  You may also be asked to count backward from one number to another and/or recite the alphabet without singing.

The reality is that FST’s are administered by the police to find enough probable cause so they can arrest you for Operating While Intoxicated (OWI).  Any idea that the FST’s are given so you can clear yourself, prove that you’re not drunk, and then be on your way is completely misguided.  In the real world, by the time you’ve been asked to step out of the car and do some FST’s,  barring an absolute miracle, you’re going to be taking a breath test, which you’re expected to fail, and then going to jail for drunk driving.

As a side note, there really is no reason for a person to submit to any field sobriety tests, a subject that I’ll examine in more detail in an upcoming article.  Exactly how the FST’s were explained and administered by the officer is one of the most important thing for a lawyer to investigate as he or she examines the evidence in every DUI case.

This is one of the reasons why, at least in my office, it is standard practice to obtain and watch the police car dash-cam video of every arrest.  Whatever else, though, the likely reality for anyone reading this is that the FST’s did not go so well at the scene, and you were ultimately asked to take a breath test before being arrested and charged with Operating While Intoxicated (OWI).

Not everyone agrees to take this test, and if you refused, you were probably cited for a civil infraction called, appropriately enough, “PBT refusal.”  When you do blow into the portable machine, the police will often, but not always, inform you of your initial BAC result, although, given the stress of the situation, most people don’t recall much of this because when you do blow .08 or higher (most results are usually higher than that), you are then promptly arrested.

In most cases, this means a ride to the police station, where you’ll be asked to take a second, more accurate breath test using a desktop machine to measure your BAC (bodily alcohol content).  In some Oakland and Macomb County cases, you may have been given a blood test, either at the scene of your arrest, at the jail or police station, or, you may have been taken directly to the hospital or something like an urgent care facility.

If you are offered and then refuse to take the police station breath test, then a warrant will be obtained for a blood draw (although one local jurisdiction actually does not follow through with this).  However it plays out, the end result of your arrest is that either a breath or blood sample will be taken and you’ll be kept in jail for a while.  Usually, the stay is overnight, because most (but certainly not all) DUI arrests happen between about 10 p.m. and 2 a.m.

Next, of course, you get released.  Typically, you’ll be given “papers,” like a bond receipt and a ticket, along with some vague instructions to call the court within so many days. Don’t worry about any dates you were given, because your lawyer will take care of all that for you.  Also, you will usually have been required to post some money.  This is called an interim bond, with the typical amount required falling between $100 and $500.  It’s here, as you leave jail, that the police process essentially ends and the court process begins.

My very first priority, when I am retained to represent someone, is to obtain and examine all the evidence gathered up to this point to see if there might be any problems with it.  This requires a careful examination of everything (including the dash-cam video), from the reason for the initial contact with the police, the administration of the FST’s, the breath and blood tests, and everything else, right up until you walked out of jail.

It is key to start the evidence gathering and investigation process right away.  For example, most police departments re-cycle and erase the in-car video every 30 days.

The next part of the DUI process will take place in court, so we’ll stop here and come back in part 2 to look at the arraignment and pre-trial stages.