In part 1 of this article, we began looking at the Michigan DUI process – specifically the police part of that process – starting out from your first contact with a police officer, the traffic stop and arrest, all the way through your release from jail thereafter. 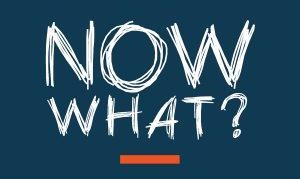 Here, in part 2, we’ll begin looking at the beginning of the court process in DUI cases.  The first legal step in the court setting is called an arraignment. In many DUI cases, this whole step (and, therefore, the need to show up in court for it) can be waived by your lawyer.  Some courts, however, like Detroit, Rochester Hills and St. Clair Shores, usually don’t allow that.

Technically, an arraignment is a court proceeding held before a Judge or Magistrate where a person is formally advised of his or her constitutional and procedural rights, the specific charge or charges being brought against them, and the maximum legal penalties for each.

A person will then asked to enter a plea.  This is not as complicated as it might sound, at first.

Although the subject of arraignments can get very deep, what matters most here is that if you do have to go to court to be arraigned, you should ALWAYS, and I mean ALWAYS  plead “not guilty.”  To be clear, this is a procedural move, and  has nothing to do with whether or not you are actually guilty or not.

In the suburban courts that don’t allow it, the main reason an arraignment can’t be waived is because the court wants to quickly set bond conditions, meaning things you will be required to do, and others you cannot do, while your case is pending.

This isn’t as bad as it sounds, so hold on before you start sweating.  Once you’re released from jail, you’re out.  If you posted any money, then that will almost always be the amount of the bond set by the court, so it’s not like you’re going to be asked for more.

Despite that, however, we always tell anyone to take $500 with them if they must go to court for an arraignment, especially if they didn’t have to pay anything when they were first released from jail.

Bond conditions are rules you have to follow while your case is going on.  They include not leaving the state without the court’s permission, not getting into any more legal trouble, and, in every OWI case, not consuming any alcohol or using any drugs.  To make sure a person complies with the “no drinking” and “no drugs” conditions, all courts will order some kind of alcohol and/or drug testing.  This can be either breath (you’ll hear the term, “PBT”) or urine testing, or a combination of them both.

Depending on various factors, including where your DUI is pending, that testing can be more or less frequent.  Even if your arraignment is waived and you don’t have to go to court for it, bond conditions, including and especially the “no alcohol or drugs” provision will be ordered by the Judge the first time you appear before him or her.

The next formal court proceeding is called a “pre-trial.”  This is often the first time you’ll actually go to court.  In some courts that allow the waiver of the arraignment by the lawyer (this almost always includes Shelby Township and New Baltimore), the notice to appear indicates the first court date is an “arraignment/pre-trial.”  This is really only a wording technicality, in the same way that you can either say “glasses” or “spectacles.”  What matters here is that a pre-trial is when your lawyer meets with the prosecutor to discuss the issues in your case.

One of the biggest misunderstandings out there is that there is or can be only 1 pre-trial.  Technically, a “pre-trial” is any meeting of the parties before a case goes to trial.  In the DUI world, about 99% of all cases are resolved through negotiations and plea bargains, so VERY few cases ever go to trial.  When a deal is reached, it’s almost always at a pre-trial.  Thus, there may be several “pre-trial” meetings in order to negotiate the best outcome and finally settle a case.

The subject of pre-trials can get very deep, but, unlike arraignments, we can’t skip over them so quickly.  Whereas an arraignment is either waived, or, if attended, amounts to a quick “one and done” formality, and as I just noted, almost every criminal and DUI case is worked out through pre-trial meetings and negotiations between the defense lawyer and the prosecutor.

Sometimes, a defense lawyer won’t have received all the requested evidence, like the dash-cam video, by the time of the first pre-trial, so the matter will be put over (lawyers like to say, “adjourned”) for a while in order for him or her to get and review it.  Although it is understandable that someone facing a DUI may just “want to get this over with,” it is NEVER a good idea to rush through a case.  The primary goal in handling any criminal charge should be to do so carefully, not quickly.

Sometimes, the evidence in a criminal or DUI case needs to be legally challenged, and a lawyer will have to file a motion to suppress it (keep it out of court).  This, of course, is discovered by taking the time to do things right, and carefully examining everything about the case.

Even when evidence is disallowed, it doesn’t mean the Judge will automatically dismiss the whole case outright.  Instead, the defense lawyer and prosecutor must re-group and meet again to discuss what happens next.  As you can probably figure, that meeting, whenever it does take place, is called a pre-trial.

Other times, the defense lawyer and the prosecutor discuss (and agree upon) a specific sentence in a case, especially where circumstances prohibit a plea-bargain.  Such a “deal,” of course, is always subject to a Judge’s approval, but getting that is not usually a problem.

The larger point I’m driving at here is that there can be any number of pre-trials on the way to finally resolving a case.  As with everything about the court system in general, and DUI cases in particular, where your case is pending is hugely important.  In fact, location matters more than just about any other factor (beyond the facts) in a DUI case.

Some Judges are more patient than others about getting cases closed out.  There are a few “rocket docket” Judges who push for cases to be wrapped up, one way or another, as fast as possible, while others are much more flexible in allowing the lawyers adequate time to resolve it amongst themselves.

As I noted before, with very few exceptions, almost all DUI cases are “worked out” by plea (and/or sentence) negotiations, and very few actually go to trial.  In fact, about the only reason to go to trial is because you know you can win.

This is kind of like the old adage (too often forgotten by lawyers) that you never ask a question, the answer to which you don’t already know.  It is never a wise strategy to go to trial without a clear path to success, and the cases with such a clear path are few and far between.

That said, EVERY case should be handled as if it is going to go to trial.  A lawyer should never examine the evidence in a DUI case “hoping” to find something wrong with it, because that will almost set him or her up to miss anything that doesn’t really jump out.

Instead, a lawyer has to assume, right from the outset, that there ARE things wrong with the evidence, perhaps buried in the details, that need to be found.  That may sound strange, but a person’s mindset very much affects the results he or she achieves.

While the final plea in a DUI case is important, it does not, by itself equate to the most important part of it, which is, without a doubt, what actually happens to you.  I should clarify that a bit, because I truly believe (and always say) that success in a DUI case is best evaluated by what does NOT happen to you.  This is really as simple as it sounds: the less that you have to do and the less that happens to you, the better.

What actually “happens” to you is done by the Judge at sentencing, but a lot takes place before your sentencing to determine exactly what that will be.

In the world of DUI cases, it’s this next step – the pre-sentence investigation (or PSI), including the legally required written alcohol assessment you must complete and the interview a probation officer you must undergo – that is by far the most important part of any case that is not otherwise dismissed or thrown out of court.

We’ll spend a little more time in the next installment going over this part of the process because it is absolutely central to the outcome of each and every DUI case.