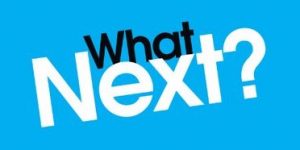 By law, any person who pleads guilty to or is convicted of an alcohol-related traffic offense (OWI) cannot be sentenced by the Judge until he or she undergoes a legally required alcohol assessment, sometimes called a “screening.”  The actual assessment is a written set of questions about your alcohol and substance use history.  Your answers to them are “scored” using a scoring key, and then compared to a scoring chart to determine whether you have, or are considered at risk to develop a drinking problem.

After completing the alcohol assessment, you will then go through an interview with a probation officer (PO).  The end result of all this is a written sentencing recommendation drafted by the probation officer that must be sent to the Judge to be used when you stand before him or her for sentencing.

This recommendation lists specific things that the probation department believes you should be ordered to do (and not be permitted to do) as a result of your charge, including counseling and/or treatment.

Whatever else you read here, or anywhere else, you can take this to the bank: every Judge, in every Michigan court, follows this recommendation very closely.  There is NEVER a case where a Judge makes any big, wholesale deviations from his or her probation department’s recommendation.

In fact, it’s far more accurate to consider the sentencing recommendation a “blueprint” for what’s going to happen to you than anything else.  In other words, a good recommendation equals a good sentence, and a better recommendation will result in a better sentence.

No matter who you are and who you hire for your DUI lawyer, the very best thing you can do is be thoroughly prepared to positively influence this recommendation BEFORE it’s made, rather than thinking you and/or your lawyer can show up in court and somehow talk the Judge out of following it.

In my office, we spend hours preparing our clients to take the alcohol assessment and go through the probation interview.  Beyond my experience as a DUI lawyer, I also rely upon my clinical education to help prepare my clients for this pre-sentence investigation, or PSI.

Having completed a post-graduate program of addiction studies, I make sure my clients are prepped to score as well as possible on the alcohol assessment test and also do as well as possible in their interview with the PO.  Beyond all the legal stuff involved in DUI cases, I know how alcohol problems are diagnosed, and, more importantly, misdiagnosed (especially in the court system), so I can make sure my clients get through their case with as little unnecessary counseling and/or treatment as possible.

This is huge.  It is very important to understand that, statistically speaking, DUI drivers, as a group, have a much higher rate of drinking problems than the population at large.  The courts know this and actually focus on it enough to create what I call an “alcohol bias” within the legal system, especially as it relates to DUI cases.

It gets worse before it gets better: in the clinical world, it is pretty much universally accepted that the concept of “over-diagnosis” is inherent in the court system.  Add in the fact that you’re taking the test as a result of getting a DUI in the first place, and that means you already have several quantifiable points against you in terms of how you’re going to be perceived in that system for being a DUI offender.

This is worth repeating: the legally required assessment process does NOT begin with a neutral view of you, but rather with you as a member of an at-risk group.  We are now 20-some years beyond the good old days of a DUI offender being sentenced to nothing more than the payment of fines and costs.

Instead, we are in the midst of a “politically correct” time where it’s always deemed to be better safe than sorry.  Thus, almost every DUI offender gets some kind of alcohol education classes or counseling.  Heck, even if the Pope got a DUI, the Judge might kiss his Holiness’ ring, but then would send him for some kind of alcohol education anyway.  I’ve been a DUI lawyer for so long (over 28 years, as of this writing) that this is obvious to me, and I just take it for granted.

If you just take a moment to think about it, however, it can become clear to you, as well: the court sees DUI offenders every day.  Each and every one of those days, any number these offenders who have previously been put on probation and required to not drink alcohol nevertheless get caught drinking in violation of the Judge’s order.  DUI drivers are part of an identifiable class of people with a statistically higher incidence of alcohol problems than the population at large.

Therefore, when a Judge gets a recommendation that a person should have some kind of alcohol counseling, he or she invariably sees no good reason to NOT go along with it.  Even if such a recommendation in a particular case is not clinically warranted, we come back to idea of “better safe than sorry.”  And on top of that, having to do some kind of alcohol education classes, or go through counseling, whether it’s necessary or not, is just seen as part of your punishment.

In other words, no Judge is going to lose sleep over the fact that someone who could have been, but did not get locked up, was instead required to go through counseling or treatment he or she may not have needed.  For all we know, maybe the person will hear something now that will helpful to them later on.

What I do is make sure we get a better recommendation in the first place.  The less counseling or treatment that’s recommended, the less you’ll be required to do.  Given the court system’s inherent alcohol bias, it takes affirmative and proactive work to make sure you don’t get swept away by the tide of “better safe than sorry.”

It is important to understand that there are very specific things alcohol screening tests look for, and, when you know what they are and how to identify them, you then know how to avoid racking up points that make it look like you are at risk to become a problem drinker, or otherwise have a drinking problem that you don’t.

For those who do have a troubled relationship to alcohol, I make sure you won’t test out as having one more serious than it really is.  Nobody wants to be shoehorned into all kinds of counseling and rehab that isn’t a good fit, or that they don’t need.

Again, success in a DUI case is best measured by what does NOT happen to you.  In every sense of the word, the less the better, as far as that goes.

We’ll stop here and return in part 4 to finish up the court process and look at how a DUI case ends.