In the previous article, I talked about getting through a DUI. In this installment, I want to focus more on just plain getting out of it. It goes without saying that everyone arrested for a OWI would love to have the whole thing to just go away. As a Michigan DUI lawyer, the primary thought in my mind, as I meet with a new DUI client and listen to what happened is, where do we find a way to get out of it? This isn’t just about wishful thinking, but rather assuming a mindset directed to winning. I often say that success in a DUI case is best judged by what does NOT happen to you, so if the entire case can be dismissed and nothing happens to you, what could be better? 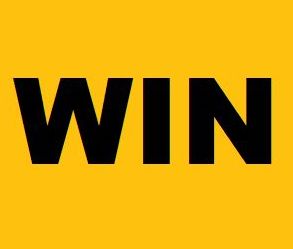 As great as that sounds, however, success is almost never an accident. Thus, a DUI lawyer has to set out with the determination to actually find a way to beat this thing, rather than merely hoping there is some way to do that. For the most part, when DUI charges are dismissed, it’s because of problems with the evidence. There are specific protocols for how evidence must be obtained and tested in drinking and driving cases, and sometimes, if those protocols aren’t properly followed, that evidence can be kept out of court.

Evidence needs to meet certain minimum standards in order to be considered reliable enough to use against a person. In the context of DUI charges, anytime a case can be dismissed because of problems with the evidence or questions about its reliability, that’s a win, and we’ll take it.

In the real world, there are 3 areas where we’re most likely to find problems with evidence significant enough to have it kept out of court: the traffic stop, the field sobriety tests, and the chemical evidence (meaning the breath or blood tests). While there can be problems with just about any part of a DUI case, these 3 stages present the most fertile ground for successful evidentiary challenges. Chances are, if there is a basis to challenge the evidence in a given case, it will have occurred during one of these 3 phases.

One thing that often gets overlooked in any discussion of DUI cases is that most of the time, when evidence is kept out of court or a case is dismissed, it’s not because there was a finding that the person wasn’t drunk, or wasn’t over the legal limit, but rather because there were problems with the way the evidence was obtained, handled, or tested.

This is important, because the real-world truth is that no one ever really comes to me after having been arrested for OWI and insists he or she had NOT been drinking. However, and this is equally important, a proper examination of the evidence focuses on it’s legal reliability, not on whether or not the person had actually consumed alcohol.

Sometimes, a client will question whether they did, in fact, drink enough to be over the limit. Other times, a person doesn’t recall having consumed enough to test out as high as they did on the breath or blood test, but the real point is determining whether proper evidence gathering, handling and testing protocols were followed.

Another very important reality here is that BAC test results can be wrong. A person may have been drinking, but that doesn’t necessarily mean that he or she was driving drunk. Rather than turn this into a scientific discussion of all the things that can affect the accuracy of a breath or blood test (and there are many), the bottom line is that there is a certain margin of error in all chemical tests, and innumerable other factors that can cause the test result to be unreliable, or just plain wrong.

It’s my job, as a DUI lawyer, to look for and examine those things. Of course, everybody hopes that one of those things shows up in their case. Although it seems obvious, the simple fact is that you have to look for something wrong with the evidence before you can find it, and you’re more likely to find it if you assume it’s there in the first place.

There is, of course, more to this than just talking about it. That’s why I keep repeating that one of the key functions of my role as a DUI lawyer is to begin my examination of the evidence on the assumption that there are problems with it, and that I have to look carefully to find them. This is qualitatively different than looking at the evidence just to see if there are any obvious problems that jump right out. It’s all about attitude and perspective.

Look, the reality is that most DUI cases don’t have significant enough problems with the evidence to warrant being thrown out of court. However, if a lawyer has that in the back of his or her mind as he or she goes through things, it will affect their mindset as they examine the evidence. Instead of waiting for something to “jump out,” a DUI lawyer needs to assume, at the outset, that there are all kinds of problems hidden in the details of a case, and look accordingly.

Could you imagine being treated by a doctor who was resigned to the fact that most people with a certain kind of cancer won’t survive it? Instead, you’d want the doctor who is determined to find a way to beat this thing.

While one’s attitude doesn’t change the actual facts of the situation, that kind of determination does affect the way those facts are evaluated. That attitude is essential to insure that the evidence in a DUI case is examined with the mindset that there IS something wrong with it, and it’s buried in there, just waiting to be found, rather than with the almost defeatist attitude that there could be, or might be something wrong with it. You don’t win a DUI case by accident.

One thing that does bother me about the way many DUI lawyers market themselves is the idea that all you need to do to get your case dismissed is hire them. Of course, your case won’t go anywhere if you hire the wrong lawyer, meaning one who doesn’t carefully examine the evidence and know what to do with it, or how to successfully challenge it. The simple fact, however, is that catastrophic problems with the evidence of the sort that get DUI cases tossed our of court are and always have been the exception, and not the rule.

Just because a lawyer needs a certain, determined mindset to critically examine the evidence and must begin with the assumption that there are problems with it does NOT mean that he or she can be unmindful of the reality that finding fatal problems is the exception, and not the rule. That’s either delusional or a hell of a way to part someone from his or her money by telling them exactly what they want to hear.

Another reality is that there is no shortage of people who will pay up and buy into what they want to hear. This isn’t just a DUI thing, either. Most infomercials cater to that exact crowd. “Flip houses and get rich quick,” “lose 35 pounds in the first month,” and “look 10 years younger” are all dog whistle calls to suckers. As P.T. Barnum famously said, “There’s a sucker born every minute.”

If my language seems strong here, it’s because I have seen otherwise intelligent and rational people make this mistake when it comes to their own DUI case. Don’t do that. Your best protection against hiring the wrong lawyer is real information. Read around. Then read around more…

I also find it disingenuous and troubling that one of the less subtle messages often communicated by legal websites is something like “hire us, because we have special knowledge and will get your case dismissed for things all the other lawyers will miss.” I don’t do that, nor do most of the better DUI lawyers, either. It’s kind of the same thing with the idea that if you charge WAY more than everybody else, potential clients will think you’re WAY better than everyone else, and pay those fees.

Sure, you’ll never get premium representation from a bargain lawyer, but it’s every bit as easy to spend premium fees for mediocre representation, as well. The better class of DUI lawyers are honest and hardworking and will provide real information within their articles. One of the cheesiest ploys is the technique of asking questions of the reader without providing the answer, like, “Do you know the 3 most important things that will affect your DUI case?” If I asked that question in one of my articles, I’d go on to explain what those 3 things are, not leave the question unanswered unless you “call for more information.”

One concept that has been implicit in this article so far is the idea of hiring a “DUI lawyer.” DUI cases are criminal cases, but they’re kind of specialized criminal cases. To really be able to assess the evidence in a DUI case, a lawyer has to know more than just how or why the police can pull someone over.

To properly handle a DUI case, a lawyer must really understand how alcohol metabolizes in the human body and the science of breath and blood testing, as well as the limitations of that testing.

To be effective in the courtroom, I believe that it is critical to have a solid knowledge of the development, diagnosis and treatment of alcohol problems. That’s why I went back to the university classroom and completed a post-graduate program of addiction studies. I use this knowledge in every DUI case I handle.

For all the reasons a person might be able to get out of a DUI, in every case that is not dismissed and does go through the court system, the law requires that he or she complete a mandatory written alcohol assessment.

This assessment test is “scored,” and your score is compared to a key chart to determine whether or not you have, or (and this is the big one), are at increased risk to develop a drinking problem A critical part of my job is to prepare my clients for this test based upon the concepts of how alcohol problems are diagnosed and how testing instruments get it wrong, and how answers are misinterpreted.

For every one person whose case gets dismissed because the police botched the evidence, there will be 90 people whose cases aren’t, and these people have to answer the questions on the alcohol assessment test. Those answers will be directly used to figure out if they should be sent for counseling (even “preventative counseling”) or some kind of preventive alcohol education.

Understanding how these written tests work, and how the answers a person gives affects the results is vital to getting better results in the first place. This is the kind of stuff that separates a “DUI lawyer” from other lawyers, like a “divorce lawyer,” “disability lawyer,” or “patent lawyer.”

Every facet of how the evidence was gathered to how it was tested matters. We need to look carefully at the stop, the arrest and the evidence. As much as every DUI case should be approached with this mindset, we must also be mindful of the fact that most cases will NOT get tossed out of court, because if you’re only plan is to “get out” of the case, and that doesn’t happen, then what?