In part 1 of this article, we began an examination of indecent exposure and aggravated indecent exposure cases in Michigan, noting that there has been an increase in aggravated (felony), over simple (misdemeanor) indecent exposure charges. After comparing the 2 IE offenses, we saw how both jail and sex offender registration was highly unlikely, and that most of the time, a guy will pick up one of these charges because he’s blowing off some steam, rather than because of some underlying “problem.” Here, in part 2, we’ll begin by looking at situations where there actually is some kind of issue to be addressed. 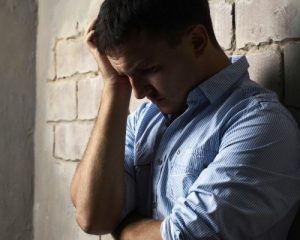 Although most IE cases DO NOT arise because of some kind of mental health issue, there are times when it can be a symptom of either an existing or potential problem, and it falls to the courts to figure out if that is or isn’t the case, and, if so, to take the appropriate remedial action. In that regard, the 2 of the biggest risks for problems are that the person is inclined toward exhibitionism, or worse yet, does suffer from some kind of sexual deviancy problem, and needs help.

If a guy has exhibitionist tendencies, then he (or she, but it’s almost always a “he”) needs to get that under control so as not to reoffend. As much as the exhibitionist may enjoy flashing, most of those who are flashed consider themselves victimized, and don’t enjoy the experience. It’s one thing for a guy to join a nudist colony, where nobody is offended by letting it all hang out, but it’s another to corner some young mom with kids in a quiet aisle at Target and freak her out by shaking his penis at her (and yes, we had a case just like that).

An even bigger concern is that such behavior will progress, and become predatory. This may be difficult for the guy who merely “acted out” to understand, because he has no such inclinations, but the court, in any and every IE case, wants to make sure this is NOT a potential problem. There is a kind of track that sexually assaultive or delinquent individuals often follow, and it usually starts with smaller things, like flashing, progress to peeping, and then move further, into touching behaviors.

It is important to nip any such concerns or problems in the bud. Thus, in my office, we will usually refer our clients to one of several specialized professionals with whom we work with for a “sex offender” type evaluation. Obviously, the first hope is that such an evaluation shows the client not to be any kind risk for a repeat performance, or any kind of sexual predation.

However, if counseling turns out to be warranted for any reason, then we’ll want to get a plan for into place and get started on it right away. Most of the time, if counseling is appropriate, it’s not because a guy is at risk to become a sexual predator, but rather because the underlying factors that caused him to act out in the first place haven’t been satisfactorily resolved.

Here’s another real-world dose of reality: most Judges are going to send just about every guy convicted of aggravated indecent exposure for some kind of counseling, anyway. Not to make light of this with a play on words, but that’s considered a prophylactic measure. In other words, even if a guy doesn’t need any kind of specialized counseling, the way a Judge is going to feel okay about not sending him to jail is to have sent him for some kind of counseling, instead.

As I pointed out earlier, jail is almost never a serious consideration in an indecent exposure or aggravated indecent exposure case. If I was reading this article, and someone else had written it, I would probably be wondering something like, “well, if you handle so many IE cases, and yet you say your clients don’t go to jail, maybe that means you only handle really easy ones…” This certainly brings up a point, and one that’s relevant here:

Over the years, we have handled many serious cases, some of which started out having been reported in the news (the job of a good lawyer is to kill any publicity for the client’s sake, not encourage it to build his or her name recognition) and have done rather well in making sure those stories get lost in the shuffle and aren’t followed. We know how to handle the most complicated of IE cases, including those where an outsider might think that if the guy did what he’s accused of, he should be locked up yesterday.

When a situation like that arises, then our job is to direct the court’s attention away from the “criminal” aspect of the case, and to counteract any strong inclination to “punish” the client, by shifting the focus to the underlying pathology that led to him doing it. In serious cases, there is a much greater likelihood of a genuine underlying pathology to explain the person’s behavior. Here, it is not uncommon to find either a strong inclination toward exhibitionism, or some kind of other mental health situation, like depression or bipolar disorder.

If there is a problem, then we have to not only make sure it’s properly diagnosed, but also guard against “over diagnosis.” There are a lot of reasons for this, not the least of which is the fact that there is money to be made on someone who comes in for treatment, but no money to be made from anyone who doesn’t. As easy as it is to find a problem, it is also easy to “over-pathologize” an issue. as well. The courts, for their part, won’t hesitate to impose any kind of recommended treatment in IE cases, so the lawyer has to be on guard for this, and my team and I certainly are.

An interesting aspect to all of this is that most of the guys who are charged with IE have good jobs and are otherwise rather well-heeled. Again, some of this may be unique to my client base, but the reader would probably be surprised at the level of education and/or employment of our typical indecent exposure client. This tends to correlate to the stress level most of our clients feel after being arrested, because the plain fact is they do have a lot to lose.

Over the years, I’ve had IE clients from just about every profession, although if I had to pick the most common trait, I’d call it “technical,” in that we’ve had a lot of men with engineering and other scientific-related backgrounds. What we DON’T see is some marginally employed guy with too much time on his hands. Instead, and most often, our client is a fellow with a lot of obligations (i.e., too many hands on his time) and, not surprisingly a lot of pressure to go with that.

This makes protecting the client’s record an important consideration, as well. It would be easy to just leave that statement out there, but to be completely honest, there are cases when it is possible to avoid any kind of conviction whatsoever, situations when it is only possible to avoid a conviction for something sex-related, other times when all that can be done is to reduce a felony to a misdemeanor, and some circumstances when there can be no plea bargain or deal at all.

For all the analysis that could be applied to that, it is most accurate to say that, in terms of what kind of plea deal can or can’t be negotiated, “it depends.”

Whatever the final plea disposition winds up being in any case, it should always be the result of having done everything to minimize the impact to the client’s record (and it will be for anyone who hires me and my team). At the end of the day, though, it’s a lot better to NOT go to jail, have your freedom, and be able to talk “coulda-woulda-shoulda” at home, rather than to be the guy behind bars who tries to explain to all the other prisoners what a great plea deal his lawyer worked out for him.

My team and I handle more than enough IE cases to honestly say that our practice has a concentration in them (the State Bar prohibits lawyers from calling themselves “specialists”). We bring a combination of experience and a much deeper clinical understanding that is useful, both to prevent a client from being seen as having a problem that’s not there, and to make sure that instead of being hammered with punishment, the appropriate kind of help is afforded and directed where necessary.

The bottom line to any criminal case is that you hire a lawyer to make things better. If the reader, or someone important to the reader is facing an IE charge, do your homework. Read around. See how lawyers explain things, and explain themselves. You can get a good idea of how a lawyer does things by the articles he or she has written, and can often pick up on his or her approach through the “voice” in them.

When you’ve picked out enough lawyers worth investigating further, start checking around. All of our consultations are free, confidential, and done over the phone, right when you call. My team and I are very friendly people who will be glad to answer your questions and explain things. We can be reached Monday through Friday, from 8:30 a.m. until 5:00 p.m., at 586-465-1980.