There is a certain amount of embarrassment that just automatically goes along with facing an Indecent Exposure or Aggravated Indecent Exposure charge. Because I handle more Indecent Exposure (IE) cases than just about anyone, at least in the Detroit area (Wayne, Oakland and Macomb County), where I practice, I know this well, having sat across the table from clients facing these charges more times than I can count. Beyond having developed an expertise in handling these cases, I have also honed a special skill in handling the clients who have to deal with these charges through the criminal court system. Some of this is attributable to my background: after earning my undergraduate degree in psychology and then going through law school, I also completed a post-graduate program in addiction studies, a rather specialized area within the broader field of psychology, and one where there is always some psycho-pathology at issue. I understand that an IE case can result from some underlying stress or trouble a person may be experiencing (and about which he may not be consciously aware), but I also know that these incidents can just “happen.” Not everything about a case has be a big deal, and my job is make sure that, to the extent possible, we keep it that way in yours. 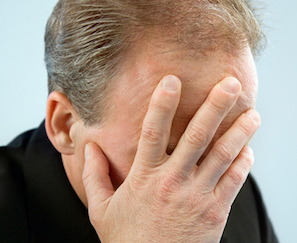 An interesting thing happened the week this article was written. In the course of meeting with a new IE client, his explanation for what led to his arrest involved circumstances a bit different from what I usually hear. It wasn’t the uniqueness of his case that struck me, but the fact that, within my office, no one even thought to ask about it. In other words, this poor guy came in, understandably embarrassed, even though he didn’t need to be, and because my staff and I see so many of these cases, neither my senior assistant, my paralegal, nor my associate attorney so much as asked what happened in his case. Once he left, my staff took his information and contacted the court where it is pending and made sure all the paperwork, including the request for the police report, was properly and quickly filed. To everyone on our end, his case was no big deal; in fact, it was just another day at the office.

Feelings of embarrassment are normal, and expected, really, but they are also useful in assessing whether a person is a risk to re-offend. Here, I kind of have to split myself in two and look at this both from the clinician’s point of view, and also from the perspective of a defense lawyer who knows how to best resolve these matters. I’ve read countless clinical assessments in these cases – some completed by court-order, others undertaken at my suggestion to help in a case (and for what it’s worth (and this it’s no great secret that a savvy lawyer would do this) if an assessment done privately comes back and is not helpful to the case, it will never see the light of day), and they can be impressive in their use of scholarly language. At the end of the day, though, the part of the assessment everyone looks to is the prognosis about whether the person is likely to engage in such behavior again, or not. And sometimes, when the Judge believes the person has been embarrassed enough, it can be enough to put any such questions to rest.

In the broadest sense, whether or not we humans perform any act again is always a matter of risk (punishment) versus reward. Eating a good meal is mostly all reward, with little risk attached to it. Not showing up for work for a week when you don’t have any vacation time left, because you’d rather do stuff around the house, is mostly risk, and the reward of staying home will be far exceeded by the punishment of getting fired. In the context of behavior that is criminal, things are no different. Most of us don’t steal because we know it’s wrong, and even if we got away with it, the guilt would outweigh the reward of free stuff. For some people, however, it’s the threat of getting caught and punished that keeps them in line. As different as those reasons may seem morally, it’s still a matter of risk versus reward. Whatever the original motivator for an incident of indecent exposure, when the humiliation from getting caught (and the threat of even more punishment, should it happen again), outweighs the perceived benefit of the act itself, then we typically conclude that it won’t. In other words, lesson learned.

Think of some frustrated guy trying for a little alone time in his car at the empty, far edge of a parking lot. If Officer Friendly catches him relieving himself, it’s likely the guy will be so mortified that he won’t ever do that again (especially if he’s married or otherwise paired off with someone). I’ve have had countless guys (and yes, they’ve all been guys) who’ve found themselves in this very predicament.

Sometimes, however, Indecent Exposure is not about satisfying one’s personal physical needs, but rather about an urge to flash. Even in those cases, whether the root cause lies in a tendency toward exibitionism or some underlying stressor that makes a person act out, the idea, often subconscious, is that the flashing incident itself will provide the sought-after reward, meaning some kind of relief. Thus, if a stressed-out engineer winds up flashing a female driver or drivers while on his way home from work, it’s quite likely because some kind of internal pressure has become too much.

Then the police show up.

Whatever the background to such a situation, it is generally hoped that getting caught and going through the legal process will be so embarrassing and humiliating, the guy will never do it again. And for the vast majority, that’s exactly what happens. Many guys who wind up charged with an IE offense were either trying for a little of that “alone time,” or were overstressed (again, often subconsciously) in a way that caused them to act out inappropriately. When people become so overwhelmed that they act out, some punch a wall, some punch a hole in the door, or, worse yet, take it out on (i.e., punch) someone else. In the societal context, an act of indecent exposure certainly stands out as noteworthy, but in the larger context of possible human actions, it’s just one of many ways people react to stress. Whether it’s because someone was trying to masturbate privately or simply wanted to “flash” someone else, going through the criminal legal process usually provides more than enough disincentive to prevent another repeat performance.

Usually, but not always.

This is where all that psychology stuff becomes relevant. Whatever the underlying reason for the first IE performance, anyone who returns for an encore needs an adjustment to his or her risk versus reward meter. To do this again is an indication of a strong likelihood that there is some underlying pathology. In other words, anyone who keeps doing this stuff after getting caught and going through the courts system once already clearly needs some help. Indeed, even some true first time offenders may find it helpful to speak with someone about a better way to release stress, notice triggers to inappropriate behaviors, or just find a way to more effectively communicate his sexual needs to his partner or otherwise satisfy them. A balance must be maintained here, because we don’t want a person to be seen as a risky criminal threat, but neither do we want to over-pathologize things so that they just seem really sick, either.

Of course, while a discovered act of IE can be a rather benign, isolated incident, it can also be the proverbial “tip of the iceberg.” Sometimes the client knows if things run deeper, but other times, he doesn’t. Worse yet, the world is full of counselors who, while well-intentioned, don’t have a firm grasp on both the clinical and legal aspects of all this. The idea here is that just hiring some lawyer, no matter how skilled he or she might otherwise be, who blindly ships you off to the nearest counselor is not how these cases should be approached. Although I know myself to be particularly adept in these matters, I do confine my criminal practice to the Tri-County, Metro-Detroit area, so whether the reader has any interest in my services or not, anyone outside of my geographic range will need to keep these things in mind in the search for a really good lawyer.

This means that the lawyer who just won a murder trial may be a great litigation attorney, but not really qualified to effectively handle this kind of case. I know how uncomfortable this can be, but you should never skip doing your homework, being good consumer, and checking around just because you feel funny. My staff, for example, is not only friendly and helpful, but will make clear to any caller, within the first few minutes on the phone, that we’re easy to talk to and that you don’t have to be embarrassed to ask us any questions. In other words, if you’re looking for a lawyer, call around, and if you’re in the Greater-Detroit area, call me, as well.

If you are facing an Indecent Exposure or Aggravated Indecent Exposure charge anywhere in Wayne, Oakland or Macomb County, and are looking to hire a lawyer, we’re here to help. You can reach my office anytime Monday through Friday, from 8:30 a.m. until 5:00 p.m. All my consultations are confidential and done over the phone, right when you call, and you can reach us at 586-465-1980.