As Michigan DUI attorneys,we stay on top of all developing legal issues. This one, which is both interesting and important to a lot of people, has been widely broadcast on news channels across the state: On January 13, 2020, the Michigan State Police moved “to take all 203 Datamaster DMT evidential breath alcohol testing instruments out of service until MSP can inspect and verify each instrument to ensure it is properly calibrated. In the interim period, the MSP recommends that police agencies utilize blood draws rather than breath tests to establish evidence of drunk driving,” according to an official MSP statement published online. 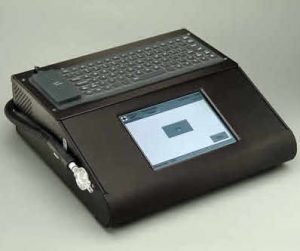 What, if anything, is the upshot of this? What are the implications for anyone with a pending DUI? Does this mean there is some way to “undo” the conviction for someone previously convicted of a DUI? While the answers to those questions are evolving, there are a few things we can take from this right away, not the least of which is that from this point forward, until things are resolved, the MSP, as noted above, is recommending that suspected DUI driver’s undergo a blood, rather than a breath test.

What has been disclosed thus far is that the MSP has learned that an outside company hired to calibrate and maintain all the Datamaster breath-testing units may have falsified documents relating to their upkeep. This, of course, opens up the possibility that any machines affected, when used, may not have been functioning properly, and therefore could have provided inaccurate BAC results. This has significant potential implications for anyone convicted of an OWI offense (DUI), or who is otherwise facing such a charge, based upon Datamaster breath test results.

Our office is already involved in examining some of the maintenance records in DUI cases.

Anyone even potentially affected by this should contact a DUI lawyer to examine his or her options, but a few words of caution should be heeded first: this announcement does NOT mean that all (or even most) DUI cases involving a Datamaster are fatally flawed, and that pending charges or prior convictions can just be thrown out of court.

In fact, as of January 16, 2020, some of the effective units have been re-calibrated and returned to service.

AN HONEST DUI LAWYER is going to take a considered and thoughtful approach to this, and not jump up and down, trying to hook in clients by selling some idea that he or she knows enough right now to make any DUI case just “go away” if only you hire him or her. Let me be clear on this point:

That is not going to happen.

In every case, the lawyer must first obtain and then examine the evidence. There are documents to be obtained, records to be reviewed, and steps taken in court just to put the matter properly before the Judge. This will cost money, so it’s crucial that the facts of a case be explored to ensure that there is a solid basis to proceed further before actually doing so.

To put it another way, there is probably not a lot that can be done for many people, like someone who rear-ended a parked car, failed all the field sobriety tests, and then breath-tested out at more than 3 times the legal limit.

Thus, just as my team and I do, a genuinely good DUI lawyer should explore the circumstances carefully before taking someone’s money.

This is important, because even if a Judge rules that the breath evidence in a particular case is unreliable enough to be inadmissible, that, in and of itself, doesn’t make an entire OWI charge go away; that just leaves the prosecutor with a charge and no underlying breath evidence to support it. Further steps have to be taken to challenge (and beat) what’s left of the case.

However, and this is also important – this is one of the few times when it can honestly be said that, instead of “it gets worse before it gets better,” things actually DO get better right away: even in cases where the evidence may not be significantly compromised, there may be strategic ways to retroactively hammer out a better deal (think plea bargain) the second time around.

Key here, are terms like “may,” and “potential.” The reader needs to be a good consumer and avoid the kinds of lawyers that make a lot of noise about all this. Simply throwing money at the message you want to hear is not a good idea.

Because there is no clear answer to what all this means for someone with a pending DUI, it only makes sense to proceed carefully, and NOT do anything that one could regret later. As of January, 14, 2020, the State Police statement notes that “possible discrepancies have been identified to-date involving Datamaster instruments at the following locations:

There could be more agencies affected, and more to this. That’s a key point to bear in mind: right now nobody yet has any real idea of the full potential scope of this situation. This could get really big, or it could be fairly limited and go away quickly.

Be wary of anyone who pretends to know more, especially if they’re in line to take your money. Remember, each and every case is unique.

In terms of an honest and educated “guestimation,” based upon what is known right now, it seems likely that some prior DUI convictions will be completely undone, others re-negotiated to a better deal, and that still others won’t be affected at all. The same 3 possibilities exist for pending DUI cases: some could completely fall apart, others positioned for a better deal, and still others unaffected by this.

If you’re looking for a lawyer for either a pending or prior DUI case, and your matter is here, in the Metro-Detroit area (particularly in Oakland, Macomb orWayne County), give us a call. If you live elsewhere, keep this analysis in mind: anything more promising or less than optimistic than my “guestimation” is ill-founded. Look for a lawyer who is honest, and provides real information. In other words, look for what you need to hear, rather than just what you want to hear.