As Michigan driver’s license restoration lawyers, we have to follow the same legal process when handling a license appeal regardless of whether our client is male or female. Yet for as much as a license reinstatement case will be the same for both men and women, there are also differences, and some of them can go all the way back to the underlying DUI cases that caused the revocation of a person’s license in the first place. In this article, we’ll see how and why the experience of winning back one’s driver’s license can be different depending on one’s gender. 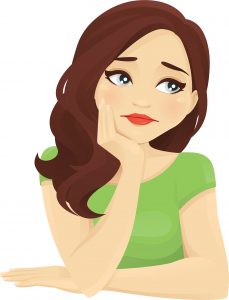 In the previous article, I did a brief overview of how going through a DUI case can be different for a woman versus a man. Just as there, I must first admit here that, in addition to not being any kind of expert on gender issues, and precisely because I’m male, I am obviously not coming at this subject “from the inside.” That said, my 30-plus years of experience as a lawyer and my formal post-graduate education in addiction studies have at least enabled me to be aware of the fact that how people experience things can be different based upon their own unique backgrounds, and that includes things like where they come from, their different life experiences, and, of course, their gender.

Although it may not be that important in the larger scheme of things, I am the only male in our office, so at least everyone else here has that “insider” perspective. No matter what, though, the absolute key to winning a Michigan driver’s license restoration or clearance appeal is proving one’s sobriety. Even though this requirement is the same no matter who is appealing, the whole process of getting sober can be different for men versus women. In our roles as Michigan driver’s license restoration, recognizing this fact is important, because in any given case, we have to make sure that, where relevant, it gets pointed out in the appeal process.

One of the best ways to explain this is to talk about AA. At the outset, let me be clear: I think AA is a great program for some people, and the perfect option for a few, but it is definitely NOT the right fit for most.

If the reader has found help through AA, then that’s great. However, most people who do attend AA either go for a while, get what they need, and move on, or find out very early on that it’s simply not the right program for them.

Personally, I think AA has provided some wonderful truisms to the world of recovery, but beyond that, and like so many other things in life, the simple fact is that it works for some, but not others. As a wise old man once told me (and yes, an actual wise old man really did say this to me), “That’s what makes prizefights and horse races, and why the paint store has different colors.”

In fact, the very earliest “studies” to gauge the effectiveness of AA didn’t even count the women who attended meetings!

More recent studies estimate that the percentage of women in AA hovers somewhere between 33 and 38%, or about 1/3. In that sense, AA is still very much a “male dominated” program. There are, of course gender-specific (men’s only and women’s only) meetings, but given that alcohol problems cut pretty equally across every demographic, the fact that women are still a minority in the AA program is noteworthy.

I distinctly remember, back when I was completing my post-graduate program of addiction studies, hearing what I considered a bombshell revelation during a lecture in a cultural competency in counseling class: The professor, who had spent decades as a practicing clinician before coming to academia, was talking about how the legal system doesn’t really understand much about AA.

Of course, my ears perked up, because I had already been a practicing lawyer for over 20 years at that point (with a concentration in driver’s license restoration and DUI cases, no less), and this was of particular interest to me, so I paid close attention.

He first reiterated the well-established fact that the court system is and always has been about 10 years behind the times in terms of using the most modern treatment protocols, pointing out that the practice of “sending everyone” to AA is a perfect example of that kind of dinosaur-like thinking.

Indeed, although AA is supposed be a support group program for those who want the kind of help it offers, about 12% of all attendees are there by court order, and that, in and of itself, can have a chilling effect on any potential benefits the program could otherwise offer to everyone else who shows up voluntarily.

At any rate, as he talked about the pitfalls of using a “one-size-fits-all” approach, he used the following example, and it has stuck with me ever since:

Imagine a younger woman in her mid-20’s being required to attend AA as part of her DUI sentence. Maybe she can’t drive, or lives somewhere that doesn’t otherwise have a lot of nearby meetings, so her choices are limited.

She picks a local meeting, held in a church basement. Although she doesn’t know it yet, this meeting has a fairly strong group of regulars, all of whom middle aged men. They are nice guys, but also a bit old-fashioned.

When this young lady walks into the church basement, and being the only female in the room, she cannot help but notice the guys “look her over.” None of the men act or otherwise say anything untoward, but can you imagine her deciding to open up, later on, and share her deepest feelings and struggles in this room full of men?

To be sure, many men feel very much the same way, even in a room full of other men, so it’s not hard to imagine what it might be like for the woman in our example.

The larger point, though, is that going through a DUI can be different for a woman, and, among those of either gender who develop a troubled relationship to alcohol, and who then ultimately recognize that fact and decide to do something about it, those gender-based differences won’t just magically disappear.

Does this mean that a woman can’t thrive in AA meetings that are majority male?

However, it does mean that often enough, the path a woman chooses for her recovery, and her experiences along the way, can be different than those of her male counterparts.

Moreover, those experiences, even if they look the same from the outside, may simply “feel” different to her for any or many possible reasons.

When talking about people who have children, for example, it doesn’t take a sociologist to realized that divorced man is less likely to have custody of his kids, whereas a divorced woman is more likely to be a single mom.

That fact alone can influence the motivations for someone to quit drinking, and it can certainly impact the kind of recovery protocol(s) they use to get sober, and what they do to stay sober.

There are several myths that my team and I frequently have to dispel when talking to people about the Michigan driver’s license restoration process. These include:

1. You have to be in AA to win your license back.

That’s 100% NOT true. Our firm guarantees to win every driver’s license restoration or clearance appeal case we take, and the overwhelming majority of our clients do not attend AA meetings.

While that may be true for a lot of people, no matter how much a person may “need” a license, the only thing that matters in the context of a license appeal is that he or she is sober and is a safe bet to never drink again.

The reader might wonder, what do those 2 things have to do with any gender-based considerations regarding driver’s license restoration. At first glance, they seem neutral enough.

However, if we look even a little bit deeper, here’s what we can find:

1. Given that most of the people who go to AA are men, the fact that it’s not necessary to win a license appeal is good news, especially for women, who are less likely to continue attending.

2. As one hearing officer says, “everyone needs a license,” and often, this can be especially true for a single mom. Nevertheless, a person’s “need” to drive simply does not matter in a license restoration case, meaning that this can have a very disparate impact upon a single mom rather than a guy who either doesn’t have kids, or doesn’t have custody of them.

As the reader can no doubt surmise, this whole subject that can get deep, and our purpose here was merely to point out that the whole ordeal of having gone through multiple DUI’s, thereafter becoming sober, and then having to go through a Michigan Secretary of State drivers’ license restoration appeal can be different for (and therefore experienced differently by) a woman versus a man.

If you are looking for a lawyer to win back your driver’s license, or to clear a Michigan hold on your driving record so that you can get a license in another state, be a savvy consumer and read around. Pay attention to how different lawyers explore the issues involved in license appeals, and how they explain their various approaches to the process.

When you’ve done enough of that, start checking around. Our firm can handle any Michigan license appeal case no matter where you live.