In our capacity as criminal, DUI, and driver’s license restoration attorneys, it’s not unusual for us to be contacted by people who already have a lawyer and either want a second opinion, or are interested in hiring a different attorney. In this article, I want to take a short but serious look at how to tell if someone’s dissatisfaction with their lawyer is based on simply having picked the wrong attorney, or because the client has gone in with unreasonable expectations. 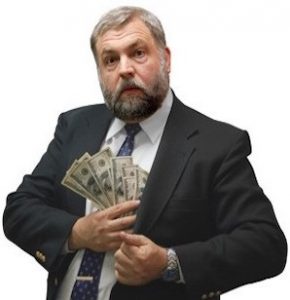 When a client’s expectations seem unreasonable, it raises questions about whether or not they were too high to begin with, or if the lawyer (as some do) helped create, or otherwise encouraged them. Part of being a good lawyer is to properly educate the client in order to manage their expectations. This is far different than merely exploiting them, and every lawyer with any experience knows that potential clients often hope for things that are simply impossible or unrealistic. The best example of this is when people want their whole case dismissed, and their legal reasoning in support of that is that they just “can’t have” a conviction go on their record.

While there is money to be made by lawyers who make it seem like they can just make everything go away, it is also inexcusably wrong (and just plain immoral) to allow someone to falsely believe that is a likely outcome. In other words, this is a 2-way street: on the one hand, it is essentially a given that clients will be hopeful that all the charges can be dismissed. On the other hand, it is also a given that a lawyer should know this, and instead of trying to “play” to it by encouraging false beliefs, should make sure the client’s concerns and expectations are addressed honestly.

This is easier said than done, however, because it’s human nature to buy into what you want to hear, and thus tempting to sell people what they want to hear. It’s also good for business if a lawyer can make it seem like he or she has some special way to produce better results than anyone else, and to appeal to a client’s emotions, which, in times of stress, can easily subordinate a person’s better judgment.

We can look at my marketing as an example:

Because we guarantee to win every initial driver’s license restoration and clearance case we take, I do, in fact, jump all over that everywhere I can.

However, when it comes to criminal and DUI cases, where there can be no guarantees, our marketing approach is as honest as can be, and my team and I simply (and truthfully) promise that we will produce the best results possible. That’s as much as any lawyer can do, and exactly what every lawyer should do, as well.

Of course, we think we know a few things that allow us to do it “better,” but we certainly don’t pretend we have any kind of one-of-a-kind, super-secret magic wand.

Not every law office is like that, however. In many of my blog articles, I write about how a Michigan OWI case will almost certainly NOT turn out as bad as a person may fear. Unfortunately, some of the things that freak people out, like going to jail, come directly from seeing legal websites that pretty much scream things like “avoid jail!”

This kind of fear-based marketing is dreadfully common. However, the truth is that, with the possible exception of 1 local Judge, jail isn’t even on the menu in a 1st offense DUI case anywhere in the Detroit-area of Oakland, Macomb, or Wayne Counties.

The idea behind “fear-based” marketing is to frighten people about something, and then position one’s self to save them from it. Thus, in a DUI case, a lawyer will get someone all scared about going to jail, and then make it seem like he or she has some special “in,” to keep them “out.”

Even when potential clients don’t fall for this particular trick, it tends to reinforce the subconscious idea that if they just keep searching, they’ll find what they are looking for, which really means they’ll eventually hear what they want to hear, and then buy into that. While often slick enough to not make any firm or specific promises, those who excel at this kind of sales tactic make it seem like they can do what everyone else cannot. Sometimes, this involves very subtle word play:

Imagine, for example, if a senior residence advertised that nobody in their facility has ever died of old age. That almost sounds great, until you think about it. When you do, you realize that, technically speaking, nobody ever does die of old age; instead, humans die from other conditions brought on by aging, or exacerbated by failing health. It sounds good at first, but, as the old saying goes, if it sounds too good to be true, it probably is.

If you’re getting the idea that responsibility for “unreasonable expectations” can sometimes be assigned to the client, sometimes assigned to the lawyer, and other times shared by both, then you’re following me here.

It is a given that any and everyone facing a DUI hopes the whole thing can just go away. Although that is an unlikely outcome in the vast majority of cases, it is not unreasonable for a client to expect his or her lawyer to carefully examine every last shred of evidence to see if there is some way to beat the case.

In fact, that’s exactly what a lawyer should do for each and every client.

However, the lawyer should also be honest with the client about the law and the evidence in his or her case. This can be rather hard for any lawyer whose whole marketing approach exploits those hopes to the degree that it obscures the reality of the situation. Let me explain:

The whole notion of “the law” is that certain conduct is not allowed. Driving while impaired, or with a BAC of .08 or above is illegal. The court system is there to both sanction those who break these laws as well as to provide safeguards to protect anyone who is falsely accused of doing so.

“The law,” in that sense, is not some kind of tactic, or some mechanism by which crafty lawyers can maneuver a guilty client out of his or her charges. Instead, “the law” represents society’s best attempt to prescribe certain rules, including some the police must follow to make sure the evidence against a person is reliable, so as to protect people who are innocent from being convicted of offenses they did not commit.

Sometimes, the police don’t follow those rules. Once in a while, the errors made by the police in gather evidence are big enough for a Judge to agree that it would be unfair for a person to have to defend against it. These situations are the exception, however, and no matter how much you may want it to happen in your case, and no matter how much any lawyer may make it seem like it’s just a matter of hiring him or her to twist everything around so it all goes away, that’s just not how it works.

In the real world, the facts of your case are set in stone the moment you’re done with your breath or blood test. No lawyer can change them afterwards.

By the time someone who already has a lawyer starts calling around to other lawyers, it is clear that, whatever else may or may not be happening, the client’s expectations are not being met.

If people start out with the mistaken idea that any case can be beat, independent of the facts, just by hiring the right lawyer, then any expectations they have will be unreasonable. There’s no softer way to put this, but if a person starts out thinking that he or she is special (“I’m a [fill in occupation here] and I just can’t have a DUI on my record”), then he or she will inevitably have unreasonable expectations, and will, for the most part, be the main source of his or her own dissatisfaction.

If, by contrast, a lawyer has caused a person to believe, or at least allowed him or her to believe, in some bogus notion that all of his or her troubles can be made to go away, then the lawyer is probably the source of the client’s dissatisfaction. Lawyers have plenty of company when it comes to talking a good game in order to get paid, and thereafter not living up to the very expectations they created or encouraged.

Another common complaint we hear from people with other lawyers is that they can’t even get a response to their questions. That’s never “right,” but it’s all the worse for anyone who has ponied up the fee to hire what they thought was a top-shelf lawyer and then can’t get a call or email returned.

This is not unique to lawyers, either: it’s well known that after you buy a product or sign up for a service, if you call the company about some issue, you can sit on hold for a much longer time when you press the key for customer service than if you select the option to place a new order.

When a person starts looking for another lawyer (except, perhaps, to upgrade from a court-appointed lawyer), it raises several questions: are the client’s expectations simply too high, or has the lawyer either encouraged, or at least not managed, any unrealistic expectations the client brought to the table?

There is no grand takeaway here, other than perhaps the reader slowing down a bit and taking the proverbial look in the mirror, and also taking a second look at the marketing tactics used by lawyers, preferably before making a hiring decision.

There’s not much that can be done for anyone too stubborn to even look at the reasonableness of his or her expectations. Everyone else should understand that for as much as it might seem great to be told what you want to hear (“hire us, and we’ll make everything just go away…”), it’s far better to be told what you need to hear, and to have your expectations shaped by reality.

Remember, if it sounds too good to be true, it probably is.

If you’re looking to hire a lawyer for a criminal or DUI case, do your homework and read around. Read past the marketing slogans, and see how other lawyers explain things, and explain themselves, as well. When you’ve done enough of that, start checking around. You can learn a lot by contacting a law firm or lawyer’s office.

If you’re facing a criminal or DUI charge anywhere in Oakland, Macomb or Wayne County, give us a ring. All of our consultations are free, confidential, and done over the phone, right when you call. My team and I are very friendly people who will be glad to answer your questions and explain things. We can be reached Monday through Friday, from 8:30 a.m. until 5:00 p.m., at either 248-986-9700, or 586-465-1980.