As Michigan criminal lawyers, my team and I represent people in a wide range of cases. Even though we don’t handle things like rape or murder charges, our client’s cases are plenty serious to them. Sometimes, we are contacted by a person before he or she is charged with an offense. Often, this happens when the police reach out and want to speak with them. There isn’t a single competent lawyer in the country who would ever say “go ahead” and talk to the police. If there is one universal bit of legal advice that applies to every person with whom the police want to question, it’s this: Shut up. 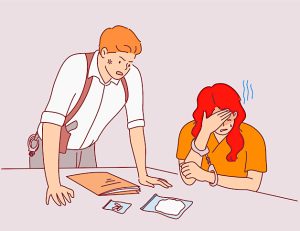 It’s been awhile since I’ve addressed this topic. A a number of recent calls to our office have made clear, however, that it’s time to do so again. The right to remain silent and not incriminate one’s self is guaranteed by the U.S. Constitution. The police, for their part, try to work around that and get someone to talk. In large part, those efforts are legal. For as different as one case might be from another, and no matter what the situation, we keep coming back to the same proven advice: Shut up.

As a general rule, it’s never helpful to talk to the police without a lawyer. If there’s an exception, it’s if (and, really, only if) a person can prove he or she was somewhere else at the time of the incident in question. The police are trained how to ask questions. They know the techniques to suck someone in so that, even if they start out unwilling to talk, they eventually wind up providing answers. This isn’t a morally bad thing. Is there anyone who is unhappy that such interrogation tactics wind up catching serial killers and rapists and other really bad people?

My team and I don’t have those moral concerns, however, because our criminal clients don’t commit those kinds of offenses. We concentrate in things like indecent exposure, embezzlement, drug crimes, driving offenses, and DUI’s. We often define our work as helping good people out of bad situations.

Part of law enforcement’s job is to get people to waive their right to remain silent, and start talking.

As Michigan criminal lawyers, our job is to protect those rights, and get people to shut up.

Consider this hypothetical that really puts things in perspective:

Michigan Detective Davis works for a local, Detroit-area police department. He has a brother, Walter (Worried Walt), who lives in California, with his family. Walt has an 18 year-old son named Michael (Mischievous Mike).

One day, Detective Davis gets a call from his brother, Walt, who is upset that the police have called the house about Mike. According to Walt, the California police investigator left a message on the answering machine indicating that they want to talk to Mike about an indecent exposure incident.

What do you think Detroit-area Detective Davis is going to tell his brother? You can be sure he will NOT say, “Gee, Walt, have Mike call up, talk to the police, and answer all of their questions, because that’s the right thing to do.”

Detective Davis knows the law. He knows that, as Americans, we have a Constitutional right against self-incrimination. He probably won’t even ask what Mischievous Mike may or may not have been up to that day. Instead, he’ll likely tell Worried Walt to get a lawyer, and in the meantime, tell Michael to shut up. Completely.

Let’s dig a little deeper here. Imagine that, as soon as Walt hangs up, the phone rings again. Thinking it’s his brother from Michigan, Detective Davis, calling back with some other thought, Walt answers without looking at the caller ID.

Instead, it’s the police from California. Pressure Pete identifies himself as the investigating police officer and asks with whom he’s speaking. Worried Walt provides his name, answers that he is Michael’s father, and then Pressure Pete swings right into questioning:

PP: Does Michael drive a red 2019 or so Chevrolet Malibu?

PP: Okay, and do you know if he was near Shady Lane and Main Street yesterday?

WW: Well, he works at Acme company near there….

PP: Do you know if he worked yesterday?

WW: I think so. Listen, can I ask how Micheal is supposedly involved in this?

PP: Well, right now we’re just investigating a claim, so there’s nothing more I can say….

That short conversation was already damaging. Now, the police investigator, Pressure Pete, knows that Mischievous Mike drives a car like the one that was identified, and was likely in the area where the indecent exposure took place.

Imagine, instead, that Worried Walt had checked his caller ID, seen that it was the police, and either let the call go to voicemail, or responded like this:

WW: Officer, I’m going to politely ask that you refer all questions to our lawyer. We’ll be retaining counsel in the next several days, and I will have him or her contact you. In the meantime, I’m not going to answer any questions, and neither will Michael, although I understand you may have to hear that from him.

Now what has Pressure Pete, confirmed? Nothing.

He may have a “hunch” that Michael has something to hide, but remember, Michael has an absolute right to NOT say anything. By exercising that right, Pressure Pete can’t really “put” Michael at the scene. All he knows is that a red Chevrolet Malibu, similar to Michaels, was allegedly the car involved. That’s not enough to bring charges.

Obviously, this example has to be stripped down and simplified a bit, as there is a lot more to any investigation, but it does make the key point: Shut up. There is simply no advantage to talking.

For as long as I can remember, every famous criminal defense lawyer who has ever appeared on TV, and every prosecutor, as well, when asked, has said – without exception – that they’d tell their client not to talk to the police, not to answer any questions, and to just shut up.

Here’s the real problem: Lots and lots of people call us for help AFTER they decided to talk to the police. Many have already admitted everything. As the old saying goes, “you can’t un-spill the milk.” Once someone has answered questions or admitted his or her role in something, all we can do is look to see if he or she was not properly advised of his or her rights before questioning.

Absent that, then we have to make the best of things.

Of course, it’s better to have kept one’s mouth shut and NOT been charged with some offense. If, however, someone previously decided to talk to the police and then wound up charged with a crime, we have to exploit that for all it’s worth. My team and I will use his or her cooperation to the client’s advantage through the whole case. This often happens in embezzlement cases.

To be sure, in many of the kinds of cases my team and I handle, the police do appreciate that a person had been cooperative. This is NOT to say anyone should ever talk, but rather, if you’re reading this and it’s too late, then we’ll handle it. As another old saying goes, “when life hands you lemons, make lemonade.”

In the context of a criminal case, we not only have to capitalize on our client’s cooperation, but offset any damage done by it. In something like an indecent exposure case, for example, that means we need to be proactive. Instead of just relying on our client’s cooperation for “brownie points,” we need to walk into court loaded for bear. We’ll send our client to one of our specialist clinicians for a proper evaluation. We’ll use that to show that he is NOT a risk to become some kind of predatory sex offender.

In something like an embezzlement case, we’d begin discussing some kind of repayment plan.

Ultimately, though, those things are damage control. Of course, that’s what defines most criminal cases, but, if possible, it’s better to avoid the whole thing altogether. The best way to even have a shot at that is, of course, to shut up.

If you are facing a criminal charge of any kind and looking for a lawyer, be a wise consumer and read around. Pay attention to how different lawyers explain the legal process, and how they explain their various approaches to it.

This blog is a great place to start. It is fully searchable, and is updated twice weekly with new and original articles.

When you’ve done enough reading, start checking around. You can learn a lot by speaking with a live person. If your case is pending anywhere in the Greater-Detroit area, meaning anywhere in Wayne, Oakland, Macomb, or the surrounding counties, give our office a ring, as well.