In part 1 of this article, we saw that when a person quits drinking and then goes back to it, without calling that a relapse, it shows that he or she doesn’t really understand sobriety. This, of course, will kill any chance of winning a driver’s license restoration appeal, but it also can create problems for a pending drunk driving charge. In 2nd and 3rd offense DUI cases the analysis of relapse is somewhat different than in a 1st offense case, but the importance of how a person views his or her relationship to alcohol – both past and present – cannot be overstated in any drunk driving, license appeal, or other case where there is an inquiry about that relationship. 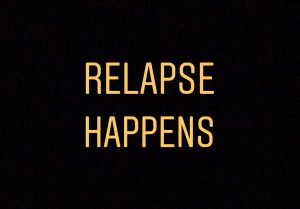 In each and every 2nd or 3rd offense DUI case, the whole world, and especially the court system, believes the person has a drinking problem. One of the chief aims of the legal process is to help a habitual offender (that’s the legal term in Michigan for anyone who gets up a 2nd or 3rd DUI) understand that however infrequently he or she may drink, whenever they do, it’s risky. The court’s goal in any 2nd or 3rd offense DUI is to get a person to stop drinking for good, if not for his or her own sake, then at least for the safety of the public.

The goal in any 1st offense DUI case is also to help anyone who has an alcohol problem. However, unlike in 2nd and 3rd offense cases, where a person begins with the presumption that he or she has such a problem, in 1st offense cases, the court relies upon the mandatory alcohol screening to see if a person does, in fact, have a drinking problem, or is otherwise at elevated risk for one to develop.

Beyond fixing any existing drinking problem, the court’s goal in a 1st offense OWI (Operating While Intoxicated) case is also to prevent a potential problem from developing, or at least developing any further. Because of my formal clinical training, I can say that, unfortunately, the ability of the court system to do this trails well behind the value of its intentions. To put it another way, this all sounds like a good idea, but nobody really knows how to do fix a drinking problem a person doesn’t think he or she has in the first place.

There is good reason for this kind of “alcohol bias” in the court system, especially in 1st offense cases.  It has been well established that, as a group, DUI drivers have a statistically higher incidence of alcohol problems than the population at large. Consider this example:

You have been instructed to go out and round up 1000 (or any number) of random people on the street, with the only condition being that they must have a driver’s license. We’ll call them group “A.”

Next, you have been instructed to go find another group of 1000, again, all with driver’s licenses, but also with the added condition that the people in this second group either previously had, or are currently facing, a DUI charge. We’ll call this set group “B.”

It will ALWAYS be the case that, no matter how you test them, there will be a higher rate of drinking problems among group “B” over group “A.”

The conclusion here is simple: if you are facing a DUI, you are part of an “at-risk” group.

To be sure, most 1st offense DUI cases are exceptions for the person in it. Most of these driver’s don’t have any kind of drinking problem and will never get in trouble again, but more than normal DO have issues, or potential issues, and the court system is the first line of defense to detect and try and do something about that.

This explains why, when someone in a DUI case has any kind of prior history of laying off the booze for a while, only to start drinking again, and then winds up arrested for drunk driving, it is assumed that he or she has a problem. The court, for its part, is going to focus on how far along it has gotten, and what should be done to “fix” it.

One of the biggest misconceptions out there is the idea that you have to drink a lot, or drink often, to have a problem. Sure, drinking too much and/or too often is, in fact, a problem, but those are just 2 of the many ways a person can struggle with alcohol. Plenty of people with drinking problems are not frequent drinkers. The best way to explain this can be found in the old adage that “anything that causes a problem is a problem.”

If you only drank twice in your life, and got busted for DUI’s each time, then your drinking causes problems, and therefore is a problem.

In the real world, once a person has to start thinking about controlling or limiting or managing his or her drinking, it has almost certainly already become a problem.

Nobody stops drinking because it’s working out so well.

With the exception of being in the military and getting stationed somewhere where alcohol is forbidden, if a person who has abstained because of something like a court order picks up again and finds themselves back in trouble, that’s a clear sign that something is wrong. Whatever he or she may call it, the truth is that the person has relapsed, meaning lapsed back into problematic drinking behavior.

And that really brings us to the grand takeaway from this article: if you’ve stopped drinking for any length of time and then gone back to it, any you characterize that as a “relapse,” then you probably understand sobriety.

On the other hand, if you think you can go back to drinking because, somehow, things are or will be “different,” then you’re not there yet. That’s not a bad thing, because getting sober is a process.

Quitting for a while and then slipping up and drinking again is often part of that process.  It’s when a person cannot deny, even to him or herself, that drinking again is, in fact, a relapse, that his or her understanding of sobriety has progressed to meaningful level.

The people in AA have a saying that applies to lots of things in life: “fake it ‘till you make it.”

Better than a person quit 11 times for someone else, and then finally quits the 12th time for him or herself, then never quit at all.  Putting the plug in the jug for good is the first step to a new and better life for anyone whose drinking has become an issue.

No matter where you live, if you are looking for a lawyer to win back your Michigan driver’s license or obtain the clearance of a Michigan hold on your driving record, we can get you back on the road.  I guarantee to win to win every license case I take, but I also require that my client has honestly stopped drinking.  Even if you haven’t, though, we’ll be glad to speak with you so that maybe we can help you tip the scales in favor of finally putting the plug in the jug so that, at some point in the future, you can put a valid license back into your wallet.

If you’re facing a DUI charge anywhere in Oakland, Macomb or Wayne County, we can produce the very best results possible.  Beyond just being excellent lawyer, my team and I really care about what we do, and are here to do more than just grab your money and stand next to you.

In DUI cases, we provide more than just legal representation; we’re here to help you, as a person, as well.  Having completed a post-graduate program of addiction studies, I can protect you from getting forced into unnecessary rehab and/or treatment, or into anything else that’s not a good fit for you. Because of that clinical background, we can talk about your relationship to drinking without judgment and under the protection of the attorney-client privilege. Ultimately, I want to help find the kind of counseling that’s right for you, and otherwise keep you out of any programs you don’t need.

Do your homework as you look for a lawyer. Read around, then check around. Become an educated consumer. When you’re ready, give my office a ring. All of my consultations are done over the phone, right when you call. You can reach my office Monday through Friday, from 8:30 a.m. until 5:00 p.m. (EST) at 586-465-1980. We’re really friendly people who will be glad to answer your questions and explain things. We’re here to help.