In part 1 of this article, we began looking at how, at a certain point, some people get a nagging little feeling and have thoughts that something might be wrong with their drinking. Often, this happens after something like a DUI, or, worse yet, after multiple DUI’s have caused someone to have his or her driver’s license revoked and they grow tired of having to bum rides or risk driving without a valid license. Some people dismiss these though outright, rationalizing away any connection between their drinking and the problems they have experienced as a result. 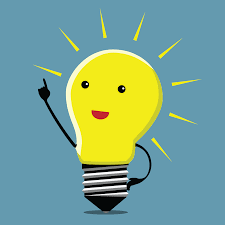 The best thing that can happen to a person experiencing problems with alcohol is getting to the point where he or she does see a connection between their drinking and many (or all) of the problems in their life, and then decide to do something about it. As I pointed out in the first part of this article, most people start off by trying to cut down or otherwise manage their drinking. Although this strategy never works, it is the failure of those attempts that provides exactly the lesson some people need to help them move to the next step – the decision to give up alcohol altogether.

In the real world, the decision to quit drinking never comes too soon. It usually follows a lot of time wasted unsuccessfully trying to control one’s drinking. Of course, just as some people are stuck in denial and just don’t believe that their drinking has grown troublesome, others get stuck in endless attempts to manage and limit it. It really is the luckiest of all who are able to reach the conclusion that the only way to “control” one’s drinking is to simply quit.

Like so many things, though, that’s easier said than done.

I once had a driver’s license restoration client tell me that he had quit drinking thousands of times, having promised himself, night after night, month after month, and year after year, that tomorrow would be the day he really did stop until one day, when he really had hadn’t enough, and he finally did quit.

Plenty of people stop drinking for a while, and then think that, because they’ve taken a break, things will be different, and that they’ll be able to go back and manage it somehow.

That never works, either.

Instead, we circle right back to the idea that once you have to so much as even think about controlling, limiting, or managing your drinking, you already have a problem.

This is reinforced in our office every day, as we meet with clients who hire us for their driver’s license restoration cases. To win a Michigan driver’s license restoration or clearance case, a person must prove to the Michigan Secretary of State that he or she has been alcohol-free for a “sufficient” period of time, and that he or she has the commitment and ability to remain sober for good.

My team and I have heard, more times than the reader could ever imagine, that people who have given up alcohol subsequently look back and realize how, right from the start, their plans to cut back on their drinking were doomed, and resulted in another OWI conviction.

The notion that there is a problem once a person even begins thinking about controlling his or her drinking is not usually the end of their drinking. Early on, most everyone who is struggling with alcohol will dismiss the thought that they have a real problem, and vill instead just promise themselves to get a handle on things, rather than quit.

However, there inevitably comes a point when their thoughts will come back to their drinking (this almost always follows something going wrong), and they’ll renew their efforts to manage things again, often with a bit more urgency to see things change.

For some, this is as far as they’ll ever get, and the cycle will just keep repeating itself.

The ugly reality is that most people with a drinking problem DO NOT get better. This is why I have called those who do progress far enough to recognize a problem as “lucky.” For every person that manages to get over a drinking problem, there are plenty more who get run over by it.

There is no magic number here, because it can take any number of incidents, or any number of years, before those who are lucky enough to connect the dots actually do take the concrete step of quitting drinking, and then “staying quit.”

For every person who quits drinking after his or her 2nd or 3rd offense DUI, you’ll find another who racks up 5 or more before throwing in the towel.

Here’s a fact you can take to the bank: you will never meet anyone who came to the conclusion that their relationship to alcohol was problematic, decided to quit drinking, and regrets getting sober. When people really do put the plug in the jug, so to speak, just about every part of their lives gets better.

Of course, it’s not like a person quits drinking on Monday, and then by Friday, everything in his or her life is perfect, but it doesn’t take long before just things really start looking up. In fact, AA has a couple of terms to describe just how good that first year of sobriety can feel: “the pink cloud” and “the honeymoon.”

It is normal, early on, for life to feel really good to those who get sober. At the very least, people stop getting in their own way, and creating a mess of things, and that’s often a big deal in and of itself.

Yet it is also true that before taking action, as a person contemplates yanking themselves out of their familiar routines, like bowling and drinking with the gang, going to the bar with their buds, or socializing with friends, it’s normal for them to panic, and wonder if by doing so, they’ll be alone and bored, and if they’ll ever have fun again.

It can be intimidating to think that you’re going to have to give all that up, and then have nothing to do, nowhere to go, and nobody to hang around with.

The good news, however, is that simply doesn’t happen, and everybody who quits drinking finds ways to fill in the gaps. In fact, what everyone soon finds out is that they get plenty busy, and that tends to happen really fast.

And make no mistake, just because a person ditches the drinking crowd doesn’t mean they have to join the anti-drinking crowd. In fact, what most people learn pretty quickly, is that their drinking friends were never real friends anyway, at least in any meaningful sense.

Soon enough, people find out who their real friends are, and learn to base relationships on common interests that go deeper than just drinking together. There’s a reason that the term “drinking buddies” exists. Drinking buddies are just that: drinking buddies.

The reality is that most people find all kinds of interests and things to do once they cut out the drinking. Some of these may have been things they used to do, but then forgot about or left behind, while others are things that they’ve never had time to pursue, because drinking had always taken priority.

It’s very common for people who’ve gotten sober to shake their heads in dismay as they reflect on their drinking careers and see that basically, what they had previously considered “doing stuff” was really little more than drinking in different places and settings:

Once alcohol is out of the picture, people often discover a whole world full of things they want to try: some people go all out and get into fitness, others take up old hobbies, or find new ones they’d like to try.

And for as good as all of this may sound, plenty of people do little more than just re-engage in life.

Even if all a person does is stay home, get into playing video games, or watching TV, they’ll point out that at least now, they can remember what they watched. For many people, just not having problems cause by drinking anymore is a huge and wonderful change and reward enough.

Absolutely everyone who does quit drinking quickly starts feeling better mentally and physically. While that’s happening, most begin to earn back the respect and trust of the people who are important to them. Getting sober is, in many cases, the first step in mending broken relationships.

Don’t worry if all this seems overwhelming as you think about it. There is yet another AA saying that has broad application, but is particularly relevant here: “Easy does it.”

“Easy does it” means that for all the great things sobriety can bring, a person doesn’t have to dive in the deep end and get all nuts about it. Rather than going all-out, a person should just take things one day at a time, and let life happen.

In other words, a person doesn’t have to quit drinking and make his or her whole life about that.

I remember a client telling me that after he quit drinking, he was a bit put off by how intense some recovery thinking can be (he was talking about AA), and decided that he was “recovering to live, not living to recover.” I thought that was a great way to put it.

Thus, easy does it…

My team and I have, quite literally, heard the recovery stories of thousands of driver’s license restoration clients, and I could examine this topic forever, but the real bottom line here is that if you are even thinking that something is up with your drinking, it probably is. If you’re wondering if you should try quitting, then the answer is almost certainly “yes.” And if you try, but fail, keep trying; as the saying goes, “never quit quitting.”

As I’ve tried to make clear, this isn’t a simple thing, and the idea of quitting drinking is usually all balled up with feelings of apprehension and discomfort. While those reservations are normal, it is important to know that there is nothing but joy and success on the other side of sobriety.

Moreover, there is all kinds of help available to work your way through this, from AA to counseling to online support. The help can be as casual or as intense as you need or want it to be.

One thing about sobriety is that it’s purely voluntary, and you can always go back to drinking if you’d rather, so as the old saying goes (this one is NOT from AA): “Nothing ventured, nothing lost.” And for everything anyone else can say about your relationship to alcohol, once you begin to wonder about it, it’s probably long past time to listen to that little voice in your heart of hearts.

If you are facing a DUI charge in the Metro-Detroit area (meaning anywhere in Wayne, Oakland or Macomb County), or have lost your driver’s license for multiple DUI’s, and are looking to hire a lawyer, we can help. Be a good consumer and read around. Read how lawyers explain the DUI and driver’s license restoration processes, and how they explain themselves. You should always check out your options, and be wary of anyone who would try to cut that process short.

After you’ve read around, start checking around. All of our consultations are free, confidential, and done over the phone, right when you call. My team and I are very friendly people who will be glad to answer your questions and explain things.