Because we are a Michigan driver’s license restoration law firm, my team and I deal with people looking to get back on the road every day. As the reader might imagine, over the course of 30-plus years, we’ve encountered just about every driver’s license situation one could imagine. Quite often, we are contacted by people who are currently facing or who have recently had a DWLS/DWLR (suspended or revoked license) charge. In this article, we’ll examine why a pending driving while license suspended (or revoked) charge will completely freeze any plans someone may have to file a license appeal. 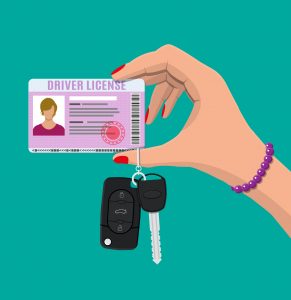 The inspiration for this article started with a recent string of inquires we received from people who wanted to start a license restoration case, but who had also recently pled guilty to some kind of driving while license suspended or revoked charge. What really pushed me to start writing it was an email I received earlier in the day I decided to to address this topic again. In it, the writer indicated that she had recently picked up a DWLS case, was still waiting to hear from the court, and wanted to know about representation, and whether or not it would be a good idea to get a “leg up” on it by preemptively filing a driver’s license restoration appeal.

Of course, I had to reply and point out that hurrying up and filing a license restoration appeal with a pending DWLS or DWLR case (or any pending case that involved driving) is the WORST possible idea. That said, thinking ahead about the big picture, particularly when a someone is facing some kind of driving charge, is a good idea, even the idea does come to mind a bit late. This is especially true if this can all be part of some larger strategy to resolve the DWLS or DWLR case in a way that won’t delay or otherwise screw up a person’s ability to file a license restoration case. Let’s see how this all works…

The first thing to understand is how a DWLS or DLWR charge, or ANY driving charge, affects a person whose license is revoked:

If a person whose license is revoked gets caught driving, meaning if ANYTHING goes on (the technical term of this is “abstracted to”) his or her driving record that indicates he or she was operating a vehicle during at any time while his or her license was revoked, the law requires that the Michigan Secretary of State tack on an additional, “like” period of revocation to his or her record.

This means that if a person was originally revoked for 1 year, and he or she is convicted of DWLS or DWLR, or even if the person gets a speeding ticket, the Secretary of State must slap an additional 1 year revocation on the person’s record, effective after the new offense.

Likewise, if a person had originally been revoked for 5 years and then gets caught driving, the Secretary of State must add an additional 5 year revocation period onto his or her driving record, after information about the new incident has been abstracted (officially sent to) it, either by a court, in the case of a conviction for an offense, or by a police agency if there was an accident.

If that’s a bit confusing, then perhaps the following examples, based on real-life situations, will help:

For our first example, imagine that Bad Luck Billy had his license revoked for 5 years after his 3rd DUI back in 2000. He has stayed out of trouble since, but recently got caught driving to work, and was cited for DWLR.

Even though he has been eligible to file a license appeal for over 15 years, if Billy goes to court for his DWLR, and if ANYTHING at all goes on his driving record, he will get another 5-year revocation slapped on him. This is technically called a “like mandatory additional,” because the law mandates that a person get re-revoked for the same period of time (either 1 year or 5 years) that was originally imposed from their last DUI.

If Billy’s lawyer is really good, and can manage to keep anything from going on his record, then nothing will be sent to the SOS, and he will not get a mandatory additional revocation.

However, if Billy’s lawyer doesn’t know better, and thinks that a plea bargain so something like “No Ops,” which is normally a good deal, will work here, they’ll both be in for a surprise.

Remember, the imposition of a mandatory additional revocation is triggered when the Secretary of State receives any official information that a person was driving and his or her license was revoked.

To be clear, it does not matter that the person may have been “eligible” to file a license appeal; simply by not having filed one and won his or her license back, he or she remained revoked.

For our second example, assume that Tough Luck Tina had her license revoked in 2016 after her 2nd DUI. Although she has been eligible to file a restoration case for a while, she’s been busy and just hadn’t gotten around to it yet. One day, on her way to work, while stopped at a red light, someone who is entirely at fault rear ends her.

The police show up, and, feeling bad for her, the officer decides not to write her any kind of citation. Tina is very grateful, thinking she just got a huge lucky break.

Unfortunately, when the police officer’s accident report gets to Lansing and it’s noted that Tina was the driver of the car that was rear-ended, even though she wasn’t at fault and wasn’t cited for any violation, the Secretary of State MUST add a “mandatory like additional” (1 year) revocation to her driving record because the accident report shows that she was operating a vehicle during a period of revocation.

So what’s our first big takeaway here? That if a person has a revoked license and ANYTHING whatsoever goes on his or her driving record, then he or she will be revoked again for another 1 or 5 years, and cannot file any license appeal in that time.

Of course, even when a person does become eligible to file and appeal, he or she still has to meet the legal requirements to actually win it. This, means, of course, that he or she must be sober and must also show that he or she can “drive safely, and within the law.”

Now, let’s relate this to the email I referenced above. Assume that the writer didn’t know better, and somehow quickly filed a restoration appeal before she had court for the DWLS charge.

While that license appeal is pending, assume further that she went to court for the DWLS and was able to plea bargain the suspended license charge down to “No Ops” (Failure to Display a Valid License), which carries no points and almost always results in nothing more than a fine.

As soon as the Secretary of State gets wind of the “No Ops” conviction, her license appeal will be cancelled.

Moreover, if, by some weird trick of timing, she managed to win her license back before the DWLS case was came up, it would still be revoked all over again once the the “No Ops” charge wound up on her driving record.

Worse yet, she would be in deep $hit for having lied to the Secretary of State, because the Request for Administrative Review form, which must be filled out, signed under penalty of perjury and included with all the other documents that have to be filed to start a license restoration case, specifically asks if a person has any case pending in any state for a driving or non-driving offense.

From the examples above, Billy has a way out of this (we’ll get to that shortly), but Tina is screwed because of the accident, and the fact that there is no way to keep it off of her driving record.

Thankfully, very few people find themselves in an accident situation. Most people who wind up screwing this up do so because they get popped for driving on a suspended or revoked license. Remember, though, the whole “abstract” thing applies no matter what a person a person winds up being convicted for, even if it’s a civil infraction, as long as it’s a driving offense.

The key thing to remember is that if the Secretary of State gets confirmation that a person was driving while his or her license was revoked, it will have to impose another “like” period of revocation during which the person will be unable to file a license appeal.

Thus, in Billy’s case, if his lawyer can work out a plea deal so that nothing goes on his driving record (lawyers refer to any such offense as a “non-abstractable offense”), then he will NOT be hit with an additional revocation of his driver’s license, allowing him to move forward with a driver’s license restoration appeal.

Unfortunately, within our license restoration practice, we are contacted by plenty of people for whom it’s too late, because neither they nor their lawyers understood the subtleties at play here, and they want to know if there is anything that can be done to “undo” what had sounded like a good plea deal at the time.

Whatever else, if you find yourself facing a suspended or revoked license charge, don’t plow ahead with any kind of plead to it or even think about filing a license appeal until you understand a bit more about your situation.

If you are looking for a lawyer to help you out of any suspended or revoked driving situation and/or help win your license back, be a smart consumer, do your homework, and read around. See how lawyers explain the license restoration process and the the things related to it, as well as how they explain themselves.

All of our consultations are free, confidential, and done over the phone, right when you call. My team and I are very friendly people who will be glad to answer your questions, explain things, and even compare notes with anything you were told by another lawyer.