As Michigan driver’s license restoration lawyers, we earn our livings by getting people back on the road. However, winning a license appeal is all about proving certain, specific things, and no amount of money can overcome those requirements. One of the more unfortunate things we encounter, as we explain the license restoration process to people, is that some think the only thing that stands between them and driving again is just paying legal fees. In this article, I want to make clear that a person really has to earn – and cannot simply buy – his or her license back. 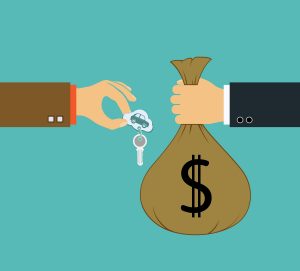 For example, it’s often the case that, before a person can adopt a dog from an animal shelter, he or she has to demonstrate the ability to care for it. In other words, a person can’t just run in with a wallet full of money and “buy” a dog. Instead, he or she must meet certain eligibility requirements. The same holds true for anyone who has had his or her driver’s license revoked after multiple DUI’s. The state has determined such people to be a risk when it comes to alcohol and driving, and until they can prove that they no longer pose any danger on the road, they can’t win a license appeal.

This may sound a bit complicated, but if the reader will just stay with me a bit, it’s actually quite simple:

Under Michigan law, a person who racks up 2 DUI’s within 7 years, or 3 within 10 years, is categorized as a “habitual alcohol offender.”

As a consequence, the law requires that, upon conviction for either that 2nd or 3rd DUI within the time frames mentioned above, the person’s driver’s license be revoked.

“Revoked,” as the reader no doubt knows, means taken away for good.

Another consequence of the “habitual alcohol offender” designation is that the person is presumed to have a drinking problem.

That’s important, because, under the driver’s license rules, the only way a person can win back his or her license is by proving that his or her alcohol problem is both “under control,” and that it is “likely to remain under control.”

What’s key here is understanding the automatic legal presumption that anyone who has lost his or license after multiple DUI’s has some kind of problem with alcohol.

As we’ll see, all the inquiries thereafter are about making sure the person has quit drinking and is a safe bet to remain completely abstinent from alcohol for the rest of his or her life.

Let’s first look at the written rule (Rule 13), and then we’ll see how it translates into plain English:

The simplified meaning of all this is as follows:

As we noted above, any person who has lost his or her license for multiple DUI’s is considered to have some kind of drinking problem.

When he or she flies a license appeal, the hearing officer is required to DENY the case, unless the person’s evidence is really strong (“clear and convincing”) and shows that –

1. He or she has not had a drink (meaning his or her alcohol problem is “under control”) for a legally sufficient period of time. Our firm generally requires at least 18 months’ of clean time before we’ll move forward with a case;

2. He or she is a safe bet to never drink again (meaning his or her alcohol problem is “likely to remain under control”), and

3. He or she is capable of driving safely, and not only following the rules of the road, but also any requirements imposed by the Secretary of State (like proper use of an ignition interlock) as a condition of granting him or her license.

It’s the first 2 issues that really matter, because for most people, the biggest obstacle to winning a license restoration or clearance case is being able to prove they’ve actually not had a drink for a long enough period of time, and that they have both the commitment and ability to remain alcohol-free for life.

The Michigan Secretary of State (SOS) interprets these rules to mean that its job is to carefully screen every person who files a license appeal to make sure he or she really has quit drinking, and intends to remain sober for life.

The SOS has effectively drawn a line in the sand and determined that, in order to satisfy the requirements of the driver’s license rules and otherwise protect the public, the ONLY people who will be allowed back on the road are people who can prove they no longer drink, and are a safe bet to never drink again.

Underlying all of this is simple fact that people who don’t drink are exactly ZERO risk to ever drink and drive.

This is the part that trips most people up: The Secretary of State will not consider putting anyone back on the road who even THINKS they can ever drink again. It has no interest in explanations that a person isn’t a risk to drive drunk for any reasons like these:

Even if any (or all) of those things could be true for some person, the state is required by law to avoid any risk and take the safe bet – on people who don’t drink – precisely because those who do do not consume alcohol present absolutely no risk to drink and drive.

This is so simple, it’s easy to miss.

Thus, what’s required to win a license appeal is that a person has to have genuinely quit drinking, and have both the ability and the honest commitment to never drink again.

In addition to that, however, a person has to be able to prove those things.

Thus, no amount of money can substitute for real sobriety. The hearing officers who decide these cases are extremely skilled at what they do. They know, from day-to-day experience, that they get lied to all the time.

They expect people who really haven’t quit drinking to say that they have. And because of that, they know how to examine a person to verify (or debunk) his or her claims of sobriety.

As license reinstatement lawyers, we know how to prove our clients’ sobriety and win cases, but the key for us is that is has to be true in the first place.

We are honest people, and my team and I play by the rules. To be clear, we have ABSOLUTELY NO INTEREST WHATSOEVER in taking a license appeal case for a person who has not genuinely quit drinking.

That’s why we’re “tough” when it comes to screening potential clients. We ask the right questions to determine if a potential client really given up alcohol, and is living a sober lifestyle. My team and I look for the kinds of hallmarks of sobriety that can’t be faked.

In turn, we know how to present those things as evidence, win our cases, and get our clients back on the road.

The foundation of a winning license appeal is real sobriety. No matter how much money is on the table, a person simply can’t buy his or her license back; he or she has to win it back, fair and square.

What can be “bought,” though – and what our firm sells – is the ability and experience to take a case for someone who is genuinely sober (and otherwise eligible to file driver’s license restoration or clearance case) and make it into a sure winner.

We GUARANTEE to win every restoration and clearance case we take, so we are every bit as invested in winning (and conversely, in not losing) as our clients. You can’t do better than that.

It’s said that money can’t buy love, and that it can’t buy happiness. While those things are true, we can also add one more thing to that list: money can’t buy back a Michigan driver’s license for anyone who has had it revoked for multiple DUI’s and hasn’t quit drinking, either.

If you’re looking to hire a lawyer to either win back your license or obtain the clearance of a Michigan hold on your driving record so that you can get a license in another state, be a smart consumer and do your homework. Read around, and see how each lawyer explain the license restoration process, and how he o she explains their approach to it.