You already know that a 3rd offense DUI is serious, so there’s little point in going on and on about that. Chances are, however, that if you’re facing a 3rd offense OWI, even though it is a felony, it isn’t nearly as bad as you may fear, especially here, in the Tri-County area. If there’s one thing I hate, both as a lawyer and as a consumer myself, it’s fear-based marketing tactics, and I want this article to stand in contrast to the general practice of trying to scare the hell out of you. Instead, I want to look at 2 important factors that, more than just about anything else, will influence what happens: location, and BAC results. 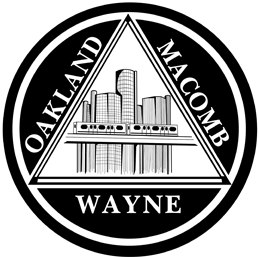 Let’s begin with the obvious: a lawyer should carefully examine everything to see if there is some way to beat the case; my team and I certainly will. In my office, for example, it’s standard practice to obtain the police car dash-cam video in every DUI case that comes in. While you certainly won’t find anything wrong with the evidence unless you look for it, the simple truth is that the police usually don’t screw things up catastrophically, anyway. Thus, when the evidence is strong enough to withstand a legal challenge, we negotiate a plea bargain that reduces a 3rd offense felony down to a 2nd offense misdemeanor, or at least work out a more lenient sentence agreement that shines like a bright light at the end of a dark tunnel.

I want to be clear that while there are geographical and practical considerations to what and how things get done, even in what might seem the most clear-cut, true 3rd offense drunk driving cases, typical sentences in Oakland, Macomb or Wayne County are measured in days, not months, and certainly not in years. To clarify, a “true” 3rd offense means a person only has 2 prior DUI convictions in his or her lifetime. Since there is no higher OWI charge than “3rd offense” in Michigan, even a person with 12 prior drunk driving convictions can only be charged as a 3rd offender if he or she is arrested for number 13.

That alone should be good news, and reassure someone who fears that his or her 3rd offense DUI the end of the world. The honest, simple truth is that it’s not. Even so, the location of that case and the person’s BAC result are 2 factors that do have a profound effect on the outcome of each and every drinking and driving case.

When I am approached about any DUI case, whether it’a a 1st, 2nd, or 3rd offense, the first question I ask is “where?” As a preliminary concern, nothing matters more than location. The second thing I want to know is, what was the BAC (meaning breath or blood test) result? Because my team and I concentrate our DUI practice in the greater Detroit-area, and get to the very same courts day-in and day-out, we know exactly how the location and BAC results affect cases in each of them, and how the various Judges typically rule when presented with a legal challenge to the evidence.

Make no mistake about it, location and BAC are critical components of every DUI case (and especially 3rd offense cases), and, when taken together, are downright determinative of what can and will happen. Assuming the evidence is solid, any lawyer who doesn’t agree either doesn’t know better, or is lying. This isn’t to say that there aren’t loads of other important aspects to an OWI case, but think of it this way: if you received a call that a close family member had been rushed to the emergency room, wouldn’t your first 2 questions be something like “what happened?” and “how is he/she?” It’s pretty much the same thing in DUI cases, except those 2 questions are where did it happen, and what was the BAC?

There’s an old saying that “a little knowledge is a dangerous thing,” and that certainly holds true in the DUI world. Anytime you deal with legal issues, the smallest detail can have what seems like a disproportionately large impact on a case. Overlook something small but important, and you can be in for a very unpleasant surprise. Location and BAC are, by contrast, huge details, and therefore have colossal implications in third offense drunk driving cases.

That said, there are a few generalizations about the 3 local counties that are accurate enough to be considered mostly true, although there are plenty of exceptions, not the least of which can be how even a single small, but overlooked detail can impact things. Moreover, in the DUI world, the are plenty of circumstances in which you hope your case is the exception, while in others, you want it to be the exact opposite.

It is widely believed, for example, that Oakland County is the “toughest” in criminal and drunk driving cases. This is understandable, in part, because the county prosecutor generally does not plea bargain in 3rd offense DUI cases, but this notion of “toughest” is not completely accurate.

By comparison, Wayne County is usually thought of as the most lenient, but that’s not always true, either, and there are plenty of 3rd offense DUI cases where a person will be comparatively hammered in Wayne as oppose to Oakland County, all other facts being equal. The sole basis between these 2 very different outcomes is location, thus undercutting the idea that Wayne County is always way more lenient than Oakland.

Macomb County doesn’t really get the press of either Oakland or Wayne, and therefore often remains something of a mystery. If there is any general “notion” about Macomb, it’s that it kind of straddles the fence between Oakland and Wayne in terms of “toughness,” and, in a sense it does, although probably not the way most people would expect.

Macomb tends to be the most “understanding” of the 3 local counties regarding jail. However, it is also the most inconsistent in terms of negotiating plea bargains, often putting more emphasis on BAC results than either of its counterparts. In fact, in a 3rd offense DUI case, your BAC score is far more likely dictate how things will work out in Macomb than either Oakland or Wayne

This means you cannot absolutely say that it would always be better to have a 3rd offense charge in any 1 of the 3 counties over the others without focusing on factors like your BAC results. It also underscores the importance of the BAC and location factors, and how the interplay between them can also influence outcomes.

Let me put this in perspective: in all of my 28-plus years as a lawyer, I have NEVER had, nor have I ever even heard of anybody being sent to prison, rather than jail, for a true 3rd offense DUI. Let me explain the difference between jail and prison, because it’s very important:

Under Michigan law, a person can only be sentenced to jail for up to (but not more than) 1 year, and can only be sent to prison for more (but not less) than a year and a day. Thus, the terms “jail” and “prison” are not interchangeable. Jails are run by county sheriffs, while prisons are run by the Michigan Department of Corrections (MDOC). Prison is always more “serious” than jail.

Even though prison is simply NOT on the menu for a true 3rd offense DUI case Detroit-area, within my driver’s license restoration practice, I have met people who have been sent to prison for these very convictions by Judges in other parts of the state. The point I’m driving at is that if you are facing a true 3rd offense DUI, and as much as that sucks, if you’re lucky enough for it to be in Oakland, Macomb or Wayne County, then at least you don’t have to worry about being packed off to prison. Sure, you might serve a few weeks in the local county jail, but even ignoring all the things that can be done to minimize and avoid that, 3 weeks beats the hell out of 3 years…

There is a LOT more to all of this than we can, or even should get into here. Some things are best discussed in privacy of a lawyer’s conference room. As much information as I share on this blog, I also understand that discretion has its place. It does no good, for example, to inform any particular court that it is way more lenient than another.

My goal in this installment is to help the reader facing a true 3rd offense DUI in either Oakland, Macomb, or Wayne County understand that things probably aren’t as dire as they seem, and I also hope I’ve made clear that, even here, in the Tri-County area, the interplay between BAC and location is absolutely critical to how things will turn out, even though, in the worst-case scenario, it will still be much better here than in many other places.

If you’re facing a 3rd offense DUI and are looking to hire a lawyer, you need to do your homework. Read what lawyers have written, but be a sharp consumer, and read between the lines, as well. As much as things are probably not nearly as bad as they appear, be wary of any operation that makes it sound like, with the wave of a magic wand, they can make everything just go away. It doesn’t work like that, and it never has.