As a Michigan DUI lawyer whose courtroom practice is concentrated in the Greater-Detroit area (Oakland, Macomb and Wayne Counties), my team and I are in one of the 4 divisions of the 52nd district court almost all the time, and often enough, many times within the very same week. These 4 courts are all connected within the same division (whatever that means…), yet for as many similarities they share, there are also profound differences between them, and a DUI or other criminal case may play out very differently in one location over another. 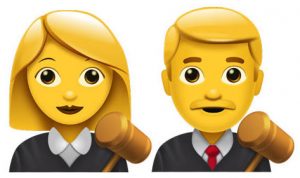 In this article, I want to very briefly introduce each court, its Judges, and the municipalities within the jurisdiction of each. There are 10 Judges assigned to these 4 courts, and they have some predictable similarities, but also some some interesting differences. Yes, some are tougher than others, which means, on the flip side, that some are more lenient than others. These more “delicate” issues are best discussed within the confidence of the attorney-client relationship and in the privacy of the conference room. And if you read that last sentence as a skillfully worded deflection, you’re right.

None of the 52-4 courts are over the top in terms of fines and costs. This means that if you’re facing a DUI, and especially something like a 2nd offense DUI (or a 2nd offense DWLS or possession of marijuana case), then we have to focus more on saving your behind rather than your money.  The notion that DUI cases are all about money, which often has merit, falls a bit short in these courts. As lawyers, we usually skip the numerical designation when talking about any of these courts, and instead identify each of them by name of the city or township where it’s located.  With that, let’s begin in numerical, rather than alphabetical, order…

The 52-1 district court in Novi is simply referred to as “Novi,” even though that court also covers the cities of Commerce Township, Highland Township, Lyon Township, Milford (Township and Village), Novi (City and Township), South Lyon, Walled Lake, Wolverine Lake,and Wixom. The 52-1 court has 3 Judges: Robert Bondy, David Law and Travis Reeds. Given the number of jurisdictions it covers, it’s no surprise that this is a very busy court.

The 52-2 district court in Clarkston, called, not surprisingly, “Clarkston,”  handles cases arising in Brandon Township, Clarkston (City and Village), Groveland Township, Holly (Township and Village), Independence Township, Ortonville, Rose Township, Springfield Township, and White Lake. It is staffed by 2 Judges, Joseph Fabrizio and Kelly Kostin. Despite the large number of municipalities covered, this court retains about as much of the “local” feel you find in any court in Metro-Detroit. Even though it is the northernmost court in Oakland County, any lawyer familiar with it doesn’t mind driving here because it’s just generally a “nice” place to go, which is saying a lot when, as a lawyer like me, you’re always there for DUI, DWLS, possession and other criminal cases.

The 52-3 district court in Rochester Hills, almost always spoken of as just “Rochester,” has jurisdiction over all cases from Addison Township, Auburn Hills, Lake Angelus, Lake Orion, Leonard, Oakland Township, Orion Township, Oxford (Township and Village) Rochester, and Rochester Hills. 3 Judges decide all the cases here: Lisa Asadorian, Nancy Carniak and Julie Nicholson. Although a few of the jurisdictions it covers are smaller, the larger ones provide enough work to make this court one of the busiest anywhere, and often times, it’s standing room only. Despite that, the court is really a model of efficiency, and even with its large caseload, it runs like a well-oiled machine.

The 52-4 district court in Troy, known, quite naturally, as “Troy,” is home to all cases arising in just 2 cities: Clawson and Troy. Cases here are overseen by 2 Judges, Kirsten Neilsen Hartig and Maureen McGinnis. Because of it’s size, the city of Troy, all by itself, produces more than enough criminal and DUI cases to keep both Judges fully occupied. Even though it is very much a big city court, there is a surprisingly local feel here that makes things like scheduling much easier than you might expect.

Everyone, of course, wants his or her case to be heard by the most lenient Judge in the easiest court. Since a DUI case is really an accident of geography, there’s nothing to be done about where your case arises or to which Judge it is assigned. Although some may be “tougher” than others, one consistent and defining feature of all the 52 division Judges is that they really believe in what they do. This isn’t to say that, by comparison, there are other Judges who don’t, but there is a passion among this group that is very real, and I honestly mean that. When someone shows up in one of these courts with a DUI and a really high BAC, these Judges don’t just react to punish, they genuinely try to help the person understand his or her behavior and do something positive about it.

This gives rise to a certain kind of respect for these Judges, not just because of the office they hold or the power they wield, but because their underlying way of doing things is almost always constructive, and certainly always intended to be so.

Still, as a DUI lawyer, I can only measure success by what does NOT happen to my clients. For all the differences between the 10 Judges of the 52 division district courts, they only matter to the extent that a lawyer knows precisely what they are, and how to work around or work with them. In other words, a lawyer has to know what works best with any one Judge, and also what won’t fly with him or her. The only way to know that is through experience. This is one of the main reason why my DUI and criminal practice is geographically limited to the Tri-County area. My team and I go to the same courts day in and day out, and know how things are done in them. In point of fact, there are situations where a certain strategy that may work fine with one Judge will absolutely fall flat with another Judge in the very same building.

If you’re facing a DUI, DWLS or other criminal charge in any of the 52-division district courts (or anywhere else in the Oakland, Macomb or Wayne County), my team and I know exactly what to do in order to produce the very best results possible. If you’re looking to hire a lawyer, be a good consumer and do your homework. Read around, then check around. All of my consultations are done over the phone, right when you call. You can reach us Monday through Friday, from 8:30 a.m. until 5:00 p.m., at (586) 465-1980, or 586-465-1980. We’re here to help.