I should begin this article with a disclosure: I like the 52-4 District Court in Troy. The first office I opened, back in 1993, was in the city of Troy. One of our 2 offices is in Troy, at Maple and Stevenson. Also, I live in a funny little peninsula of land where the boundaries of the City of Troy literally surround me 2 blocks to my east, 3 blocks to the south, and 4 blocks to my north. Troy has long been a fixture in my life; most of what I first learned, in the real world, about criminal and DUI cases, happened in the 52-4 district court of Troy. 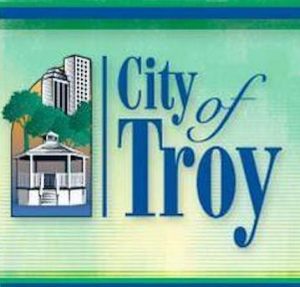 I’m sure the reader is much more interested in what he or she can expect in Troy, rather than a personal history lesson from me. The 52-4 District Court has jurisdiction over all cases arising in cities of both Clawson and Troy. It’s a very decent court. On a scale of 1 to 10, with 1 being the most lenient, 10 being the toughest, and 5 being about average, I’d rate Troy about a 5, meaning that it is about average, leaning neither more toward the “lenient” nor the “tough” side. Whatever else, you won’t get hammered here, nor is anyone likely to ever leave feeling like they got screwed over.

Of course, this is all relative, and my numerical ranking above is based upon my experience in that court, and assumes that a person will comply with the conditions of his or her bond, like testing. As far as DUI’s go, it would be foolish to not acknowledge that society has lost much of its patience for drunk drivers. Drinking and driving laws have been made tougher all the way around. In some courts, that “toughness’ can seem almost mean-spirited, but that’s never the case in Troy. In fact, even when they have to be firm, the Judges here will explain themselves in a way that, even if a person doesn’t agree, at least he or she will feel acknowledged and heard, rather than ignored.

To be sure, the 52-4 district court in Troy handles a lot of DUI cases. It is a big city, both in the geographic and metropolitan sense. Both I-75 and M-59 cut through it, along with around 15 other major roads. This city of just under 100,000 is home to 2 major shopping malls (Oakland Mall, and the famous, and exclusive Somerset Mall), and houses the offices of and headquarters for many large corporations.

Troy has everything from million-plus dollar homes to multi-family apartments. It is a work and recreation destination for thousands of people, with tens of thousands more passing through each day. Big Beaver (also known as 16 Mile Road) is a major thoroughfare, and between it and the other large arteries, Troy has a lot of traffic. There is a lot to do in this city. Inevitably, this translates to a lot of DUI cases.

There is a long history and an accompanying story about how OWI cases used to be handled in Troy, but, like the Roman Empire, that’s all ancient history now. I think it’s safe to assume the reader is more concerned about how things are now, rather than how they used to be. The good news, in that regard, is that today, the 52-4 court is a better location to face a DUI than it was even 15 years ago.

I don’t delve much into an examination of the Judges when I do these articles, for several reasons. First, do you really care where the Judge went to college, or law school? If I was facing a DUI, the only thing I’d care about is if the Judge is tough or lenient. Any person having to go to court would rather get a break from someone who graduated last in his or her class than get pounded by the smartest Judge in the country.

Second, if a lawyer “rates” any one Judge, then he or she will be expected to rate them all, and thereafter, even the act of not rating one or more can seem like a commentary. Some things are best discussed in the privacy of an in-office conversation, and this is one of them. However, just so the reader doesn’t get the wrong idea, I can honestly say that I genuinely like and respect both of the Troy Judges, a lot.

Judge Kirsten Neilsen Hartig has been a lawyer since 1996, and has been a Judge in the 52-4 district court since 2010.

Both of these Judges are smart, understanding, and follow the law, even when it works in favor of a person beating a case. This is important because it shows a first-rate degree of integrity. This is one of the reasons I like this court so much.

Neither of the Judges has any kind of “temper” issues or hang-ups, either. They are truly decent, solid, patient, and, most of all, fair. The presence of those qualities and the absence of any negative quirks mean that lawyers don’t have to sigh and then try and politely explain the “bad news” to some poor client. If your case winds up in this Troy you did NOT get unlucky.

Also – and this matters a lot – these Judges explain themselves. As a criminal and DUI lawyer, it’s inevitable that I sometimes wind up representing people who have long records. In a criminal or DUI case, there are certain breaks reserved for those who have never been in trouble before, or who otherwise have decent records and whose previous legal issues seem minor and/or more about youthful indiscretion, rather than being the Energizer Bunny of crime.

However, even in the case of someone who has long ago exhausted everyone’s patience, these Judges will take the time to explain why they’re imposing a particular sentence, rather than just barking out some sentence and calling the next case.

Beyond validating a person (as well as his or her lawyer) by acknowledging that they’ve been heard, that also demonstrates that the Judge has taken the time to think about the matter, and has made a genuine effort to come to the right decision. That doesn’t mean the lawyer or defendant will always agree with or like that decision, but at least it won’t leave someone feeling like they didn’t even get the time of day.

While that may be cold comfort to the career criminal who doesn’t get a break, it’s also good news for someone who, despite his or her current situation, wants the Judge to understand how something like a DUI does not reflect who they are. I’m a firm believer that who you are as a person matters (at least when you’re not best identified as a career criminal, or otherwise incorrigible).

It’s not only the Judges, however, that make or break a court. In fact, the “attitude” of the probation department can have a very significant impact on how a person experiences a case and what happens to him or her.

The probation department in Troy has never been disagreeable, but I can say that, like the court in general, it seems to have become even more flexible, meaning more understanding, than it was years ago. Given that, in a DUI case, the probation department is required to recommend what kind of sentence a person should receive (and the court usually follows that recommendation), that’s definitely good news.

And that really is the point of this short article: the 52-4 district court in Troy is a good court. It’s better than most for anyone facing a DUI, and anyone having business with the Judges there can expect to be heard, and to be treated with fairness and respect. You really can’t ask for more than that.

If you’re facing a DUI or other criminal charge in either Clawson or Troy (or anywhere else in the Tri-County area) and looking to hire a lawyer, do your homework. Read what lawyers have written about your kind of case. Check around, and then call around.

All of my consultations are free, confidential, and done over the phone, right when you give us a ring. We are very friendly people who will be glad to answer your questions and explain things. You can reach my office Monday through Friday, from 8:30 a.m. until 5:00 p.m., at 248-986-9700.