Most of the DUI cases I handle are in Oakland County. Because I am a local, Detroit area DUI lawyer, that’s not surprising. In this article, I want to examine OWI charges in the district courts of Oakland County, and some of the things that are different here when compared to Macomb and Wayne Counties. This is the kind of subject that could be examined to death, so I’ll focus on the major points to keep this installment short. The courts of Oakland County have a reputation for being “tougher,” and in general, that’s a fair assessment. I point this out first, not because I want to bash Oakland County (it’s where I live), but rather because it is the most significant and talked about facet of cases here. In fact, because my practice takes me in and out of all the local courts, I am in a great position to compare and contrast how things are done within the different sectors of the larger, Tri-County area. 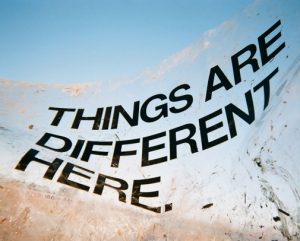 It’s probably fair to define a DUI lawyer by virtue of where most of his or her cases are handled. On average, I handle about 5 or 6 local DUI cases each week, along with another 6 or 7 driver’s license restoration appeals (the result of multiple DUI convictions). Most weeks, I spend more time in the district courts of Oakland County than I do in the courts of both Macomb and Wayne Counties combined. Although I would prefer to be identified by a more inclusive term like “Detroit-area DUI lawyer,” if I had to pick a description with just one locale, it would be Oakland County DUI lawyer. What’s important about that is that it means, as it should, that I know how things are done here. I know how the Judges operate, the things that will and won’t fly with each, and what kind of ideas will cause some of them to lose patience.

In many of my DUI articles, I write about the importance of hiring a “local” lawyer. That doesn’t necessarily mean some lawyer whose office is down the block from the courthouse, but it does mean, at least here, one from the Tri-County, greater-Detroit area. I have no idea, for example, how things are done in Lansing or Grand Rapids. Even if I did take DUI cases from that far away, how many times do you think I’d be called on to go there? How much experience would I have in those courts that I could use to actually help someone make things better? It is always important that a lawyer be in a position to sell experience to his or her clients, rather than the client wind up paying what amounts to tuition for the lawyer to learn how things are done in some distant court. Because I confine my criminal and DUI practice to the courts of Oakland, Wayne and Macomb Counties, giving me extensive experience in these same courts day-in and day-out, week after week, I actually do sell experience rather than collect tuition.

Oakland County is the most affluent county in Michigan. This fact alone should be enough to make most people realize that it’s going to be one of a kind. If we can be brutally honest here for a moment, there’s no way that the courts in the big city and its surrounding areas are going to be, or even can be, as “progressive” in DUI or any kind of criminal case as those in the wealthiest suburbs. For those old enough to remember, this was the whole underlying premise of the Eddie Murphy “Beverly Hills Cop” back in the 80’s. Murphy played a Detroit cop, used to the way things are done in the Motor City, who wound up helping out in an investigation in affluent Beverly Hills, California, where things were done a lot differently. If you stop and think about it for even a moment, it shouldn’t come as a surprise that a DUI in Rochester Hills is going to play out quite differently than one in Shelby Township or Dearborn.

Whatever else, Oakland County has money. The courts here are far from broke. Somewhat ironically, that often winds up costing DUI defendants less (ironically, the most expensive district court for an OWI charge is in Macomb County), because none of the local courts imposes fines like it’s on the verge of a budget deficit.

Most, but not all. It is mistaken to think that a garden variety DUI anywhere in either Macomb or Wayne Counties is better than the same DUI anywhere in Oakland. That’s why it’s important to have a lawyer who is in all of these courts regularly. I’m not going to ID any particular court (that’s never a good idea, and here’s a note to all the other lawyers who insist on putting up case information about specific courts: STOP. Would you run and tell everyone the exact location of a change machine that spits out twenty dollar bills in exchange for every five-dollar bill you put in? Hello…?), but I can think of plenty enough situations where, in a regular DUI case, I’d prefer to be in certain Oakland County district courts over some in Macomb or Wayne County.

The fact that Oakland County has always had money has allowed it to always be at the forefront for trying and implementing the most modern case practices. Urine and breath testing as a condition of bond began here. While it is now almost ubiquitous across the Tri-County area, it has been standard practice in all of Oakland for a long time. While being at the head of the pack for the way it handles DUI cases can almost sound “better,” at least at first, the truth is that it almost certainly means more stuff for you to do, or to worry about. Let’s face it, testing is a pain in the a$$, no matter what. While most courts in Macomb and Wayne County don’t order community service as part of sentences in DUI cases, most Oakland County courts do, and the Oakland County courts order far more vehicle immobilization than their neighbors to the south and east.

In time, of course, you can expect Macomb and Wayne Counties to catch up. If there’s one universal trend in DUI cases, it’s to pile on more of everything; more classes, more counseling, more testing, more community service, and, overall, just more “stuff.” A DUI case in 2018 looks different from one in 2008, and both of them are different, and require more of just about everything from the defendant, than did one back in 1998.

Of course, the biggest concern everyone has is staying out of jail. You’ve been sleeping if you don’t already know that the ONE Judge who locks up first offenders (not all of them, however) is in Oakland County. In 2nd offense DUI cases, the simple, unvarnished truth is that you are more likely to get some jail time in Oakland County than in either Wayne or Macomb, no matter who you hire as your lawyer. Any lawyer who says differently is either dangerously inexperienced or simply lying without any conscience about doing so. Period. Speaking this candidly may not be the ultimate marketing strategy in a world where nervous people will often more willingly fork over their money to some charlatan who tells them what they want to hear, but I’m not like that. I wouldn’t want that kind of trick pulled on me, and thus I won’t use it on anyone else, either. If you want honesty, there it is, without any kind of sugar-coating.

This means, then, that if you’re facing a 2nd offense DUI in Oakland County, it needs to be handled differently. This is no time to drag in a lawyer who doesn’t know how the Judge does things. Instead, your lawyer needs to know how thing work in the court where your case is pending beforehand in order to prepare the case to produce the best, most lenient outcome from your Judge. Even within the same county, Judges can have very different outlooks about things, so the differences and similarities are important in both the micro and macro contexts. The larger point here, though, is that a 2nd offense DUI case in Oakland County is just different than it is in either Macomb or Wayne Counties, and beyond merely recognizing that, a lawyer must also know what to do about it.

Whether it’a s 1st, 2nd, or 3rd (felony) offense DUI, there are unique aspects to handling DUI cases in any of the Oakland County courts. If you’re facing a DUI here and are looking to hire a lawyer, do your homework, read around, and then start asking questions. All of my consultations are confidential and done over the phone, right when you call. You can reach my office Monday through Friday, from 8:30 a.m. until 5:00 p.m., at (586) 465-1980. We’re here to help