As full-time Michigan DUI and driver’s license restoration lawyers, people are always asking us about the possibility of getting some kind of restricted license. These questions often come from people who are about to lose their driving privileges as the result of a recent DUI, as well as people who have been without a license for some time due to 2 or more prior DUI convictions. In this article, I want to examine what can and cannot be done to get a restricted driver’s license in Michigan. Because there is quite a bit to all this, we’ll divide our discussion into 2 parts, but we’ll still keep things manageable. 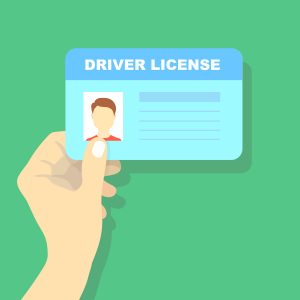 To make this easy, we’e going to have to break things down into a few categories. For example, it’s quite likely nobody facing a current 1st offense Michigan DUI charge that may result in the temporary suspension of his or her driver’s license wants to read through all of the far more involved legal issues confronting someone who has already had his or her license revoked as the result of multiple DUI convictions. Similarly, I doubt anyone who has already had his or her license revoked for 2 or more DUI’s really cares about much more than when and how he or she can win back at least some driving privileges.

For all the complexity underlying driver’s license issues, there are really only 4 legal “avenues” available for anyone whose license has been affected as the result of 1 or more DUI’s. As it turns out, there are 3 potential options for someone with an open, pending DUI case, and only 1 option for anyone who has already lost his or her license after multiple DUI convictions. Accordingly, we’ll start out by looking at what can be done for those whose license has been previously been revoked as the result of 2 or more DUI’s, and then afterward, we’ll examine the options for those who are currently facing a DUI charge.

Revoked as the result of multiple DUI’s:

If you were previously convicted of 2 DUI’s within 7 years, or 3 DUI’s within 10 years, then your driver’s license was revoked. A revoked license is very different from one that has merely been suspended. A revocation means your license has taken away for good, whereas a suspension means that it has only been taken away temporarily.

In Michigan, the law provides that if a person accumulates 2 DUI’s within 7 years, his or her license will be revoked for life, and he or she cannot even file a license appeal for at least 1 year, although in practice, because of the way the driver’s license rules work, he or she will generally have to wait at least 2 or 3 years before being anywhere near having a chance to actually win it back.

If a person racks up 3 or more DUI’s within a 10-year period, then his or her license will be revoked for life, and he or she must wait at least 5 years to file a license appeal.

Having one’s license revoked “for life” simply means that once it has been taken away, it is gone forever until and unless a person files and wins a formal driver’s license restoration case before the Michigan Secretary of State, through it’s Office of Hearings and Administrative Oversight (OHAO).

In other words, no matter how much time passes, and even if a person moves to another country for 40 years and gets a license there, upon returning to Michigan, his or her license will still be revoked.

Accordingly, the only way for a person to “win back” a license in Michigan that has been revoked for multiple DUI’s is to first wait until he or she becomes eligible to submit a license restoration appeal (after the minimum period of revocation has run), then file and win it.

Most people “kind of” get this, but then they’ll ask if there is anything that can be done in the meantime, like go to court to get some kind of restricted license.

The answer is NO.

100% absolutely positively not, under any conditions.

This is a hard pill to swallow, but is really the point of this section.

It’s not just that the law simply doesn’t have a mechanism to provide any kind of restricted license, but rather that it was written to specifically prevent anyone who has been revoked from getting back on the road until and unless he or she become eligible to file for, and then wins a formal driver’s license restoration or clearance appeal.

Before we dig further into the “no exceptions” aspect of this, it’s worth noting that just about everyone who hears this will, understandably, respond by trying to explain how much they “need” a license, how long it’s been since they’ve had one, or been in any trouble, and/or ask how they’re supposed to get by (or get ahead) without one.

In the world of revoked driver’s licenses, none of that matters one single bit.

For example, if a person whose license has been revoked for multiple DUI’s has 2 small children in need of regular, life-saving medical treatment that they will die without, and that person has no way to get them to it other than to drive, there is no legal procedure or way for anyone to even consider his or her situation, much less provide any kind of license to him or her.

The simple fact is that courts have absolutely no authority over licenses that have been revoked, and that has purposefully been written into the law.

Think of it this way:

Imagine that someone wanted to contest his or her federal income tax liability, and then tried to file an appeal with the Parks and Recreation department of the city where he or she lives.

That city’s Parks and Recreation people have exactly the same authority over federal income tax claims that a Michigan Judge has over a driver’s license that has been revoked by the Secretary of State as a consequence of multiple DUI convictions – ABSOLUTELY NONE.

This, of course, is a rather simplified look at things, because there is a lot to this, almost all of which goes beyond the scope of this piece. For the reader interested in more detail, the Driver’s License Restoration section of this blog contains over 600 information articles about the license appeal process. Anyone who wants to learn more should spend some time there, as well as the various license restoration sections of our website, as well.

There is nothing – absolutely nothing whatsoever – that can be done in the meantime.

We’ll stop here for now, and then come back in part 2 to pick up and see what kind of driver’s license relief is (and isn’t) available for anyone who is facing a current Michigan DUI charge.