In part 1 of this article, we began our examination of the options for someone with a current or past DUI to get a restricted Michigan driver’s license. In that first part, saw that the ONLY relief available to someone who has been convicted of multiple DUI’s is to wait until he or she becomes eligible to file a Michigan driver’s license restoration or clearance case, submit the required documentation, and then actually win his or her appeal. Here, in the second part, we’ll look at the 3 potential choices for someone who is currently facing a Michigan DUI charge. 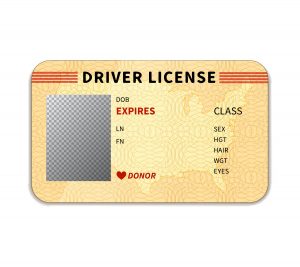 If you are dealing with a pending Michigan DUI case, and depending on the circumstances surrounding your arrest and the charge that followed, there are only 3 potential avenues to get back on the road. It’s important to begin by pointing out that a person will usually not have any real choice in the matter, or “options” to consider, because DUI driver’s license penalties are specified by law, and imposed by the Michigan Secretary of State. As we’ll see, what can and can’t be done depends entirely on the facts of the case.

With the single exception of Sobriety Courts and their ability to override the mandatory revocation of a person’s driver’s license upon conviction for a 2nd DUI within 7 years, or a 3rd DUI within 10 years, the court system has ZERO jurisdiction over the legally required driver’s license sanctions that must be imposed by the Secretary of State. To be clear, Sobriety Court is the only possible workaround in pending 2nd and 3rd offense DUI cases, and even then, it’s only an option IF a person is accepted and admitted into one of these programs.

If that happens, then a Sobriety Court Judge can (but is not required to) override the compulsory revocation required for 2 DUI’s within 7 years, or 3 DUI’s within 10 years, and grant the person a restricted license.

Unless the reader is facing a 2nd or 3rd offense DUI, none of this is relevant, so we’ll skip any further examination of Sobriety Courts here.

If the reader DOES have a pending 2nd or 3rd offense OWI case, then he or she would do well to check out the Sobriety Court section on our firm’s website and explore this blog (it has a search feature that can provide a direct answer to just about any question one could ever have about the Michigan DUI legal process).

For anyone who has a pending 1st offense DUI, there is no “option” regarding license consequences other than beating the case entirely, or else working out a plea bargain to a lesser offense to minimize the sanctions that must be imposed by the Secretary of State.

To clarify, a “1st offense” means a DUI-related charge based upon an arrest that occurs MORE than 7 years after any previous DUI-related conviction. Obviously, if a person has never had a DUI before, then any charge made against him or her can only be a 1st offense.

For purposes of clarity, although everyone uses the term “DUI” when talking about drunk driving, it’s worth noting that the actual, technical term in Michigan is “Operating While Intoxicated,” or “OWI.”

There are several different degrees of 1st offense OWI charges, and they each carry different license penalties. Remember – these sanctions are automatic, and there is no workaround to any of them, so if a person is either found guilty or pleads guilty to any of these offenses, what’s listed after the next paragraph is EXACTLY what will happen

I hate to sound like a broken record, but, as with so much else about DUI’s and driver’s license issues, there really is a lot to all of this. In order to keep this article of readable length (it’s already made up of 2 parts), what’s listed below are just the actual license suspension or revocation sanctions for each kind of Michigan DUI offense:

This is, by far, the most common DUI charge initially made in Michigan.

License suspended for 6 months, with the first 30 days being a “hard” suspension, meaning no driving whatsoever, followed by restricted driving privileges for the next 5 months.

This means a person can’t drive at all for first month, and then has a restricted license for the remaining 5 months.

OWI with High BAC (Operating While Intoxicated with BAC of .17 or Greater)

This is the most serious of all 1st offense DUI charges.

License suspended for 1 year, with the first 45 days being a “hard” suspension, meaning no driving whatsoever, followed by restricted driving privileges for the next 10 and 1/2 months, that require use of an ignition interlock device for that entire time.

This means a person can’t drive at all for the first month and a half, and then has a restricted license that requires him to drive with an ignition interlock for the remaining 10 and 1/2 months.

This DUI offense is almost never charged against a person, but instead is what one hopes to get as the result of a negotiated plea-bargain when facing either of the above offenses.

License restricted for 90 days. There is NO hard suspension.

This means a person NEVER loses the ability to drive – not even for a single day. That’s why this is really the big “prize” of all Michigan OWI offenses.

License revoked for life, and a person will be completely ineligible to appeal to the Secretary of State for at least 1 year.

In practice, it takes the better part of 3 years to have any real chance of winning a license appeal.

As we have seen, the only “workaround” to the mandatory license revocation for a 2nd offense is if a person is admitted into a Sobriety Court program before the charge is resolved.

License revoked for life, ineligible to appeal to the Secretary of State for at least 5 years.

Just like with 2nd offense cases, the only “workaround” to the mandatory license revocation for a 3rd offense is if a person is admitted into a Sobriety Court program before the charge is resolved.

There is one last thing, though….

If a person facing a DUI has refused a breath or blood test (this is called an “Implied Consent” refusal) and has been given a temporary license that reads “Officer’s Report of Refusal to Submit to Chemical Test,” then his or her driver’s license will automatically be suspended unless he or she timely requests – and wins – a hearing before the Michigan Secretary of State.

This applies only to a refusal to take a breath or blood test AFTER arrest, and has nothing to do with refusing the breath test at the side of the road.

That offense is a civil infraction, called “PBT Refusal,” and does NOT carry any potential license penalties.

The specifics of this are discussed in these blog installments:

Michigan DUI – Refusal of the Breath Test and your Driver’s License – Part 1, and

Michigan DUI – Refusal of the Breath Test and your Driver’s License – Part 2.

If a person is cited for an Implied Consent refusal, and unless he or she actually does request and then wins an Implied Consent hearing (and to be clear, VERY FEW people ever do succeed at this), then his or her driver’s license will be suspended for 1 year.

There is some good news, though, because Michigan law DOES allow a person who has had his or her license suspended Implied Consent to go to court and seek a restricted license.

The law specifically provides that a circuit court can grant restricted driving privileges to a person whose license has been suspended for refusing either a breath or blood test after being arrested for DUI.

This is different that any license penalty imposed for a DUI conviction, and is the single and only “hardship” license available in Michigan. A person can only get this relief once in his or her lifetime.

It is important to understand that any restricted license granted as the result of an Implied Consent appeal to circuit court is subject to whatever happens as a consequence of the final DUI charge that goes on a person’s record.

In other words, winning an Implied Consent appeal in circuit court does NOT override whatever the Secretary of State must impose as the result of the DUI; instead, the DUI penalty will override and piggy-back on the restricted license. Let me explain:

Imagine that Tipsy Tina refuses a breath or blood test, and she goes to circuit court for a restricted license, where she wins. A few weeks later – after her implied consent appeal has been granted – she pleads guilty to her original “High BAC” charge.

Even though the circuit Judge assigned to her Implied Consent appeal already granted a restricted license for a year, she will still lose the ability to drive for the 45 days as a result of her High BAC conviction.

Imagine next that Bumbling Bob is charged with OWI and is also cited for an Implied Consent refusal. Bob requests and then attends Secretary of State Implied Consent hearing, which he loses.

While his OWI charge is pending, his lawyer files an Implied Consent hardship appeal in circuit court, where he wins.

Later (meaning after he has already won a restricted license at his circuit court Implied Consent appeal) his lawyer negotiates a plea deal that reduces his pending OWI charge to OWVI (Impaired Driving).

As was outlined above, a conviction for OWVI does NOT carry any mandatory license suspension, but rather a 90-day restriction of driving privileges.

Thus, if a license is granted in circuit court as the result of an implied consent refusal, it is only valid within the parameters of any license suspension and restrictions imposed for the underlying DUI offense.

For everything we’ve covered in these 2 installments, the simple, bottom-line rule is that with the single exception for a chemical test refusal as the result of a DUI arrest, there is NO ability for a person to “go to court” to get any kind of license or driving privileges.

If your license is already revoked, you’ll have to wait until your revocation period has elapsed in order to become eligible to file a driver’s license restoration appeal.

If you’re facing a 1st offense DUI, then you cannot avoid the license penalties specified for whatever final charge goes on your record.

If you’re facing a 2nd offense DUI or a 3rd offense DUI, your license will be revoked – but – if you get into Sobriety Court, there is a workaround for the Judge to grant restricted driving privileges.

If you refused a breath or blood test following a DUI arrest, you must either win a hearing at the Secretary of State, or you can go to circuit court and ask for a restricted license to avoid the mandatory 1-year suspension that follows an Implied Consent refusal.

And that, as the saying goes, is “the whole enchilada.”

If you’re facing a DUI charge or otherwise seeking to restore your Michigan driver’s license and looking for a lawyer, be a smart consumer and read around. Read how lawyers explain the law and the processes involved, and how they explain themselves, as well.

All of our firm’s consultations are free, confidential, and done over the phone, right when you call. My team and I are very friendly people who will be glad to answer your questions, explain things, and even compare notes with anything some other lawyer has told you.