One of the more difficult things for anyone going through a Michigan DUI to grasp is why the court system focuses so much on his or her drinking. People often mistakenly believe that the court will be most concerned about the exercise of poor judgment that led to them driving drunk, but, as it turns out, that’s not the case. Instead, as our senior assistant puts it, “A DUI is about your drinking, not your driving.” This is key to understanding how and why OWI (Operating While Intoxicated) cases are handled as they are. 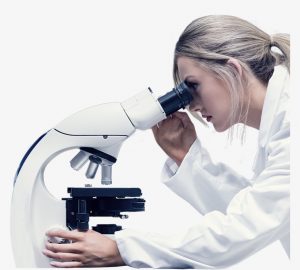 For purposes of this article, we’ll skip analyzing all the legal concerns about the admissibility of the evidence and the like, especially because those issues only come up in a small minority of cases, anyway. In Michigan, on average, more than 93% of DUI arrests DO NOT get dismissed or knocked out of court for evidentiary or other problems. Thus, our inquiry here will focus on how things work for the vast majority of people (more than 9 out of 10) here in the Metropolitan-Detroit area (meaning Wayne, Oakland, Macomb and the surrounding counties).

To be sure, the fact that a person drove while intoxicated IS the central issue of any DUI case, Accordingly, the main goals of the law is to impose enough consequences and penalties to deter him or her from ever doing it again. However, this is balanced by another (and often overlooked) goal: to make that point without ruining a person’s life. While people are often initially freaked out over the potential consequences of a DUI charge, the reality is that the court system has no interest in costing a person his or her job, destroying their future, or otherwise coming down too hard.

This is good news for the reader, who can take that to mean he or she should relax a bit. Of course, an OWI charge is certainly something that needs to be “handled,” but if that’s done properly, things will almost never turn out anywhere nearly as bad as most people fear right out of the gate.

The courts want anyone going through a DUI to learn from his or her mistake, not be ruined by it.

Especially in 1st offense DUI cases, most of the things that keep people awake at night, like going to jail, losing a job, or losing their driver’s license are simply NOT on the menu.  Thus, the reader can relax on that score.

However, there are still plenty of other potential consequences that anyone facing a DUI has to avoid or minimize, like winding up on some kind of dreadful “probation from Hell.”

Accordingly, here’s the best and simple standard to keep in mind: Success in a DUI case is best measured by what does NOT happen to you.

In that regard, a good DUI lawyer can avoid or minimize many of those potential penalties in a way so that what ultimately does happen to the client is almost exclusively a matter of expense and inconvenience, and little to nothing more.

As I pointed out above, the court system wants to make sure that anyone who gets a DUI never gets another one. For as easy (and dumb) as it would be to just hammer everyone with maximum penalties and jail time, the good news is that courts don’t do that.

Instead of simple, blind and blunt punishment, the court system’s notion of disincentivizing a repeat DUI performance is about looking at a person’s relationship to alcohol and making sure it doesn’t get out of hand. Of course, the courts also want to make clear that if or when a person does drink in the future, he or she should will remember the lessons of the 1st DUI and NOT get behind the wheel.

That said, it’s hard to get past the fact that a person who hasn’t been drinking poses the least risk (exactly zero, to be precise) to drive drunk.

Real life, though, is a lot more complex than simple observations like that, and such an overly-simplistic directive to “not drink” misses that mark. For all everything we’re going to examine in this article, the reality is that the vast majority of people who get a single DUI do not have a drinking problem, and therefore don’t need any kind of extensive counseling or lifelong abstinence.

For most people, their 1st DUI is also their last, and the whole experience is a true “one and done” for them.

On the flip side, though, there is the inescapable reality that anyone who has gotten a DUI has already demonstrated that when they do drink, there is a risk that their ability to make good decisions, like not driving, can become impaired.

In other words, there is a legitimate reason for the courts to be concerned that consuming alcohol can, on at least some occasions, render the person unable think past getting behind the wheel, as it did on the occasion of his or her prior DUI arrest.

Even though normal social drinking is essentially harmless, consuming alcohol doesn’t help anybody make better decisions. Nobody has a story about getting ripped one night and then coming up with a multi-million dollar business idea, or finding the cure for some disease.

The simple truth is that the vast majority of people can safely imbibe in moderation. It’s not called a “social lubricant” for nothing.

Nevertheless, it’s also a fact that alcohol does impair a person’s judgment, depending on how much he or she drinks. Precisely because of that, it’s easy for a person who had no intention of doing so to overindulge, and, with their better judgment dulled somewhat, forget that it’s a really bad idea to try and drive themselves home.

For the thousands of DUI clients I have represented, and for all the regrets I have heard, I’ve never had anyone callously indicate that they knew they were drunk, and knew that they posed a danger to others, but didn’t care and decided to drive anyway.

Instead, people (although wrongly) think, at the time, that they’re “okay” to drive, even when they’re far from it.

Although OWI (operating while intoxicated) is a criminal offense, almost all of the people who arrested for it are not any kind of “criminal.” A 1st offense DUI is most often a matter of a good person finding him or herself in a bad situation.

Yet for as true as that may be, the courts never lose sight of the fact that even though a lot of people do get arrested for a DUI each year, most people never get one. Think about it this way:

Annually, about 30,000 people are arrested for DUI-related offenses in Michigan. With a population of just under 10,000,000 people, 30,000 arrest equals roughly 0.3% (zero-point-three, or three-tenths of one percent) of the state’s residents.

To put that in perspective, let’s turn it around: Each year, roughly 99.7% of all Michigan residents do get NOT arrested for a DUI.

And for as important as they are, those numbers are essentially background facts.

Overarching all of that is the stark reality that, as a group, DUI drivers do have a statistically higher rate of drinking problems than the population at large. This is not some one-off conclusion or public service BS,, either, but rather a finding that has been repeatedly validated by study after study.

To put this differently, while it’s true that most people arrested for a single DUI don’t have a drinking problem, it’s also true that those people who do get a DUI are significantly more likely to have some kind of troubled relationship to alcohol when compared with everyone else who hasn’t been arrested for drunk driving.

Assume you are told to conduct a study, and are instructed to go out and find 1000 people at random (essentially, “the man or woman on the street”). The ONLY condition you must meet is that these people have to be of generally normal intelligence, and that they either have, or would at least be otherwise capable of obtaining a driver’s license.

You are told to call this group “Group A.”

Next you are told to do the same thing all over again, but with 1 added condition: the people in this second group must also either be currently facing, or have previously had, a DUI.

You are told to call this group “Group B.”

No matter how they are screened, nor what testing instruments are used, it will always be the case that Group B has a higher incidence of alcohol problems than Group A. That shouldn’t come as a surprise, but beyond the “common sense” aspect of it, and as I noted before, this proposition has been repeatedly validated in numerous studies.

The court system is keenly award of this, and there isn’t a sitting Judge out there who hasn’t also seen the reality of it play out in his or her courtroom, countless times over, in all kinds of different ways.

One of the most common of those is that a fairly constant percentage of people on bond or probation for a DUI test positive for alcohol, despite having been ordered to refrain from consuming it, and even though they are subject to testing to make sure they’re not drinking.

That is, after all, how they get caught.

The reason all this matters is that any one every last person walking into court to face a DUI charge does so as a pre-ordained member of this “higher risk” group.

We’ll stop here, and pick up again in part 2.