In part 1 of this article, we began looking at where the courts directs their attention in all Michigan DUI cases – to the person’s drinking. I pointed out that each year in Michigan, there about 30,000 DUI arrests, and then noted that our senior assistant often (correctly) points out to people who call us that “a DUI is about your drinking, not your driving.” Although it’s normal for anyone facing an OWI charge to hope his or her case can be “knocked out” somehow, the fact is that, on average, more than 9 out of 10 (>93%) of all DUI cases brought in this state do NOT get dismissed. 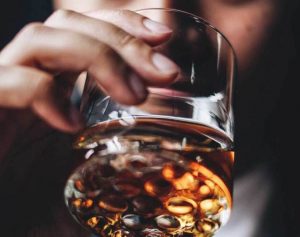 The upshot of all this is that in order to produce the best results in those cases – the more than 9 out of 10 that don’t get tossed out our of court – it is imperative to know why the court system focuses on a person’s drinking, and what it’s looking at, as well as what it’s looking for. As also mentioned in part 1, it has been consistently demonstrated that DUI drivers, as a group, have a notably higher rate of drinking problems than the population at large, meaning everyone else who has not been arrested for a DUI.

The fact that people with a DUI have a higher rate of drinking problems than people without a prior DUI is very significant. Unfortunately, it is also completely ignored by most DUI legal websites. While many lawyers love to talk about getting cases dismissed, few of them want to talk about the fact that such outcomes do NOT occur in more than 9 out of 10 cases, and that’s a disservice. The reality is that, with very few exceptions, almost everyone arrested for a DUI is going to wind up on probation for it, so making that probation as easy and lenient as possible is crucial.

In other words, how easy or tough, and how long or short that probation will be is what all of those more than 9 out of 10 people should really be concerned about. Winding up on probation for 9 months and having to complete a single education class with a light testing schedule is much better than being put on probation for 2 years with all kinds of community service, counseling, and a rigorous testing schedule

In other words, given that, on average, less than 7 out of every 100 people arrested for a DUI will be able to get completely out of it, making sure to obtain the most lenient outcome possible for the client is really job # 1 for a DUI lawyer.

Remember, success in a DUI case is best measured by what does NOT happen to you.

Exactly how to keep consequences like probation to a minimum will mostly be a function of how skillfully a lawyer can work with and under the court’s focus on the client’s drinking.

Facts like these don’t have the same kind of sexy marketing appeal as the idea of getting cases dismissed outright, and therefore are hard to spin in a way for a lawyer or law firm to capitalize on them. However, just skipping over this reality is a real risk for anyone going through a DUI charge.

Again, it’s all well and fine to hope that YOUR case is part of the lucky 6 percent or so of all Michigan OWI cases that get dismissed, or get tossed out of court somehow, but the simple truth is that over 93% of them do NOT.

Therefore, it is far better to have a plan that prepares for and takes that into account, rather than basing one’s entire defense strategy on the hope of falling into that lucky 6 or so percent.

Banking on getting lucky is no kind of defense “plan”, anymore than hoping to win the lotto is any kind of retirement “plan.”

Make no mistake, though, lots of lawyers profit handsomely by selling the idea of “beating a case,” instead of looking at the whole picture and the actual numbers.

I can say this until my head falls off, but the simple and unfortunate fact is that people will line up to buy into what they want to hear way more than they’ll listen to what they need to hear.

If that wasn’t true, then there wouldn’t be millions of dollars made on an ever-changing landscape of weight-loss plans, get-fit-quick workout programs, and how to get rich flipping houses with no money down schemes.

In that same, snake-oil kind of way, many legal websites are very good at telling people what they want to hear, especially about beating their DUI charge. However, when you’re in trouble, it’s far better to be told what you need to hear, and in the DUI world, one of those things is that, unless you do get lucky enough to have your case dismissed, the court is going to take a long, hard look at your drinking.

The fact is, the key to doing better in those more than 9 out of 10 DUI cases that don’t get tossed is understanding the court system’s focus on a person’s relationship to alcohol and how to best deal with that.

Remember, in all DUI cases, is a STANDARD bond condition that, after a person has been arraigned, he or she refrain from consuming any alcohol whatsoever, and some form of testing is almost always required to ensure that he or she is complying with that order.

The same “no drinking” and testing combo is imposed as a condition of probation in all DUI (and almost all other criminal) cases, as well.

What does that say? (Hint: it says the court is focused on your drinking).

And even though it seems like we’re going around in circles, it’s worth repeating: it is perfectly understandable that every last person will hope his or her case can be dismissed or “knocked out” somehow. That’s human nature.

It should also be in a lawyer’s nature to try and first get his or her client’s case dismissed somehow. In our practice, looking for a way to beat every DUI charge we take is our first order of business. Whatever else, DUI cases don’t dismiss themselves.

As highly experienced DUI attorneys, my team and I certainly know how to analyze evidence and when to challenge it, and we regally get OWI charges dismissed. We put our hearts and souls into trying to beat every case we take, and we are careful to not miss anything that could help us do that.

If it’s possible, under the facts, to get someone’s case dismissed, we’ll make sure that happens…

We’ll stop at nothing to obtain and examine every relevant piece of evidence. We carefully evaluate everything about the stop, the arrest, and the chemical test(s) that follow.

Moreover, we never lose sight of the fact that the key to getting a case “knocked out” begins with having the mindset that there IS something wrong with the evidence, and that it’s our job to find it.

This requires a very different and more dedicated approach than just “looking at” the evidence to see if something jumps out. We look deep, we look hard, and we know what to look for.

However, no matter how one approaches or analyzes the evidence, at the end of the day, it is what it is. For as much effort as any lawyer can put into trying to find some fatal flaw in the evidence, it’s either there, or not.

Facts are facts, and, as I have been pointing out, it is a fact, consistent from year to year, that more than 9 out of every 10 DUI arrests in Michigan do NOT result in the charge(s) being completely thrown out of court. Contrary to how some of the more “slick” marketers make things seem, this is because the police don’t catastrophically screw things up that often.

But no case is perfect, either.

In our determination to leave no stone unturned as we try to find some way to beat a case, we often find other things that, while not significant enough to get a charge tossed completely out of court, can help us negotiate a better outcome (often, a plea bargain).

This brings us back to the point of this article: As a person goes through the DUI process in any case that isn’t dismissed, he or she must reckon with the fact that the court’s focus is going to be on his or her drinking, and not their driving, nor anything else, really.

In other words, if a case isn’t knocked out, then a person’s relationship to alcohol remains the center of the court system’s attention.

After all, drunk driving is about being drunk.

Remember, every 2nd and 3rd offense DUI driver had been a 1st offender at some point before. Beyond a few initial court appearances, Judges don’t really have much contact with those people who get a single DUI and never get another. Most people who get a DUI just get one.

Most, but not all.

Accordingly, it doesn’t take a lot of deep thinking to realize that when a person facing his or her 2nd, 3rd, or even 8th DUI shows up in court, the Judge can’t help but think that whatever education and/or counseling was ordered before did not work…

And the last thing any Judge wants is to do is deal with a person, much less some repeat offender, who has injured, or, worse yet, killed someone by driving drunk.

We’ll stop here, and continue our discussion in part 3.