In part 2 of this article, we continued our examination of the court system’s focus on a person’s drinking in Michigan DUI cases. We noted that multiple studies have confirmed that there is a statistically increased rate of drinking problems among people who’ve had a DUI when compared to those who have never had one. For this reason, more than any other, the courts order everyone on bond and probation for a DUI to not consume alcohol, and also requires them to “test,” to ensure their compliance. 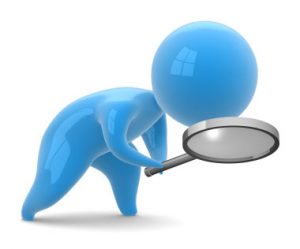 Because of the court system’s intense focus on a person’s drinking, one of the problems we encounter, as Michigan DUI lawyers, is that Judges are seriously inclined to “overdo” the whole education/counseling/treatment thing. No matter what, all courts take a “better safe than sorry” approach. It is generally accepted that it is always better to have sent someone to counseling or treatment than he or she did not need than to have NOT sent him or her for any kind help they really did need.

This is perhaps easier to understand by taking a look at a 2nd offense DUI: Under Michigan law, anyone convicted of a 2nd (or 3rd) offense DUI is categorized as a “habitual alcohol offender,” and is presumed to have a drinking problem. Consequently, the person’s driver’s license will be revoked, because he or she is seen as risky, and a danger to the public. Getting it back requires proving, to the Michigan Secretary of State, that he or she has completely quit drinking alcohol, and is a safe bet to never drink again.

However, the courts know that even when the Michigan Secretary of State revokes a person’s driver’s license after 2 DUI’s, that alone doesn’t eliminate the risk that he or she might drive drunk again. Any and every person who has a problem with drinking is perceived by the court system as being a higher risk to drink and drive, whether or not they have a valid license.

This is something that is confirmed by real world experience, because lots of people who have had their driving privileges revoked still drive anyway, and most of the people arrested for a 3rd, 4th or even a subsequent DUI didn’t let the lack of a license stop them from driving.

In other words, not having a license isn’t any kind of protection against a person driving drunk again.

However, not drinking sure is….

No matter what, it’s hard to argue with the logic that a person who hasn’t been drinking poses no risk to drive drunk.

Although it can sometimes seem like it, the courts absolutely do not have any kind of prohibitionist agenda. However, the courts also know that no matter what they try to do to help anyone with a troubled relationship to alcohol, plenty of people who get popped for a DUI make it through probation and are discharged from the system, only to go back to drinking again, with all the risks that poses.

Although nobody can make a person with an alcohol problem stop drinking unless he or she is ready to do it for themselves, it is also true that many people who eventually do get sober will point out that they did so because they identified with something they heard through court-ordered counseling or treatment.

In other words, the courts know, in most cases, they can’t cure a drinking problem, or even “head off” one that’s going to develop, but they also know that’s not a reason to simply do nothing, either.

From the court system’s point of view, even if its education/counseling/treatment efforts are largely unsuccessful, there is still the possibility that requiring such things can help at least some people from ever driving drunk again (and possibly hurting or killing someone).

Moreover, the court system knows that if it can do or say something that helps a person who doesn’t have any kind of drinking problem never make the mistake of driving drunk again, that’s a good thing, too.

In other words, the courts aren’t just worried about people who have an identifiable drinking problem, or who otherwise show some potential to develop one.

The fact is, we predict what people are likely to do in the future based in large part upon what they’ve done in the past. Even if a person has no ongoing problem with alcohol, but is otherwise susceptible to making bad decisions, particularly when it comes to driving after drinking, that’s a concern.

The practical implication of this is that even 1st offense DUI defendants have to reckon with the reality that, at least on the occasion of their arrest, they have shown that their drinking can get in the way of their better judgment when it comes to driving.

More important, they have to understand that the court sees them as being at increased risk to do it again specifically because of that prior DUI.

Thus, the court’s first concern is making sure, or at least trying to make sure, that the person never makes the same mistake again.

For better or worse, then, in every DUI case, the court’s main focus is going to be on the person’s relationship to alcohol. This goes beyond any determination of whether or not he or she has a “drinking problem,” and is instead concerned with whether they pose ANY kind of risk to get behind the wheel after having imbibed too much.

Remember, that concern is (understandably) heightened for anyone who has already done that before, as every DUI defendant has.

In the real world, every last person will promise and swear that they’ll never drive drunk again.

In that regard, there are 2 things heard all the time in DUI cases: first, the person facing the charge will say “I’m not a big drinker,” and second, that he or she will insist that they “didn’t drink that much” on the night of their arrest, even though their BAC results often indicate otherwise.

Thus, when we think about how courts hear and see DUI drivers, and how they ultimately perceive things, put yourself in a Judge’s shoes for a moment:

Would it make more sense to send a DUI defendant to driving classes, or to alcohol education classes that explain on how alcohol affects a person’s judgment and thinking and provides strategies to avoid getting another DUI?

Moreover, for all there is to what we’ve been talking about thus far, it’s also important to remember that nobody plans to get a DUI.

I honestly could not count the number of DUI and suspended license cases I have handled that arose because a person, however well-intentioned to not drive, was at home (or at someone else’s home) drinking, and then, for some reason, he or she “had” to go out, whether for cigarettes, or more beer, or because someone else had an emergency and thought they could somehow manage to operate a vehicle without getting caught.

In that way, DUI’s do, often enough, just happen.

No matter what, is impossible to teach a person to safely drive drunk, and the court system, for all of its concern and efforts, really cannot stop anyone from driving once they are drunk, either.

Thus, when a person does land in the court system for a DUI, its primary goal is to do what it can to make sure he or she never does it again. The intention is to do that by impacting their drinking in such a way to help the person understand that driving is never a good option after drinking.

This is all the more imperative for anyone who either has, or is seen to be at risk to develop any kind of problematic relationship to alcohol. Problem drinkers, especially problem drinkers with a prior DUI, present a greater danger of getting back behind the wheel while drunk than everyone else.

However, as we just saw, even those people with a single DUI who don’t have any kind of recognized problem with alcohol are still perceived by the court system as at risk, because anyone with a DUI is seen as being “riskier” than everyone else who hasn’t had one.

Everyone, including every person in the court system, understands that even the best-intentioned plan to not drink and drive can go out the window after a person has had a few, no matter how committed they may have otherwise been (while sober) to never doing that.

In the real world, lots of stupid $hit happens precisely because alcohol impairs a person’s judgment.

This, in a nutshell, is how and why most DUI’s happen…

This is why, when a person shows up in court for his or her 1st DUI, the court is going to focus on his or her drinking more than anything else. Fixing any drinking issue, or even just heading off a potential drinking problem, is really the best way to make sure the person never gets another DUI.

And as we close out this third part, it can’t go unmentioned (even if it’s done a bit sarcastically) that the court system will never miss an opportunity to fix a drinking problem, whether a person actually has one or not.

We’ll leave off here, and finish things up in part 4.