If you are facing a Michigan DUI charge, the list of things that can happen to you certainly seems long and scary.  In my role as a local, Wayne, Oakland and Macomb County DUI lawyer, I have written extensively (this is my 300th DUI article) about how very few of them will ever happen.  In a 1st offense drunk driving case, for example, and with only 1 possible exception out of the 115 district court Judges in the Metro-Detroit, Tri-County area, jail is simply NOT on the menu, meaning it’s just not going to happen.  In this short article, I want to shift the focus away from fear-based marketing and scare tactics found in so many other places, and look, instead, at the 3 things that WILL happen in every drinking and driving case that goes through the court system. 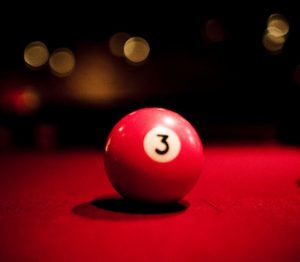 First, there will be at least some restriction to your driver’s license.  Even so, let’s start with the good news: if this is a 1st offense charge (that includes an OWI with BAC .17 or more, also known as “High BAC”), you will NOT lose the ability to drive.  If, however, you are convicted a 2nd DUI charge within 7 years, or a 3rd within 10 years, your license will be revoked (meaning taken away for good, and not simply suspended for a time), unless you enter into a sobriety court program.  The majority of DUI cases in the court system are 1st offenses, so if yours is one of them, this means that instead of worrying about losing your license, you should be looking at the restrictions likely to be placed upon it.

In a 1st offense case, what ultimately happens to your license depends on what your lawyer negotiates as part of a plea bargain, NOT on your initial charge.  Thus, someone charged with OWI or High BAC should not worry about the license penalties that go along with the offense listed on their ticket or court notice, but instead on what sanctions follow the final deal ultimately worked out by their lawyer.  Consider this: In a High BAC case, a person will be required to drive using an ignition interlock, and on a restricted license for 10 and 1/2 months after serving a 45-day “hard” suspension where he or she cannot drive at all.  However, I am able to negotiate most of my client’s High BAC charges down to Impaired Driving (OWVI), and the license sanction for that is merely 90 days of a restricted license, allowing the person to drive to, from and during the course of work, for school, medical treatment and such.  The real upshot of the 90-day restriction is that a person just cannot do any pleasure driving for 3 months.  This is much better than the penalties he or she feared when originally charged with High BAC.

The bottom line is that unless you manage to get your DUI charge “knocked out” of court, there will be a license penalty of some kind.  This really underscores the importance of carefully examining all the evidence in an attempt to beat the case, or, as most often happens, work out the best plea bargain possible.  And while all that’s going on, you’ll be under the jurisdiction of the court, and be required to follow certain rules, one of which we’ll look at next.

Second, you will take a break from drinking for a while.  Anyone charged with a drunk driving offense will be be on some kind of bond while the case is pending (even if it’s a personal bond that requires no money to be posted), and that bond is certain to have a condition that prohibits any drinking whatsoever.  In most courts, that condition will be enforced by some kind of alcohol testing.  As far as case outcomes go, a term of probation is likely in most DUI cases (although it can be avoided in some), and is almost certain to continue that “no drinking” requirement as well as the testing to ensure compliance.

This isn’t really such a big deal, but you’d be surprised how many people make it into one:  “You mean I can’t even have a beer, or a glass of wine with dinner?”

Most people accept that, as part of the punishment for a drinking and driving offense, there will be no drinking for a while.  The harder that is for someone to deal with, the more it looks like drinking ranks high, and perhaps even too high, amongst his or her priorities.  And while I don’t want to seem undiplomatic about it, a person can skip complying with all the bond and probation conditions and just do 93 days in jail, instead.  Given that choice, most people just shut up and do what they have to do.  Really, how bad is it if you can’t pass on the drinking for a while, anyway?  Believe me, you won’t die if you go a few months without alcohol.  This now leads us smoothly into the next thing.

Third, you’re going to bend to the system, not the other way around.  This may almost sound silly at first, and completely so to some people, but going through a DUI is a lesson in humility.  To be candid, my perspective on this is undoubtedly influenced by my clientele, most of whom have the resources to hire a better grade of lawyer.  As such, most of my clients have good jobs, and many of them are professionals.  Traveling for work is common amongst my clients, and many are used to giving, rather than following, orders.  While it is understandable that a person may be professionally busy, the court system does not care, and has no mechanism to care, about your schedule.  To be sure, the courts are flexible and understanding to a point, and I have never, for example, had any of my clients NOT be able to travel for work, or have to skip attending a seminar because of a court date, but there are just certain things you’re going to have to do, and not do, and that’s all there is to it.  Thus, if Sam the Salesman is used to closing deals over a few cocktails, he’s going to have to learn another technique until his case is over.  Period.

While having the financial means to pay your way through a DUI helps a lot, you cannot buy your way completely out of it.  Most of my clients could and would do just that, if it was possible, but it’s not.  This means that, although I can arrange a lot of flexibility with scheduling and the like, you are going to have to show up in court a few times.  Then, you are going to have to listen to the Judge and do what he or she orders.  That’s why these things are called “orders,” after all.  The DUI process was not meant to be convenient, or easy.  In fact, it was designed to be rather unpleasant in order to discourage a repeat performance.

I don’t want this to sound sanctimonious, but rather make clear that however busy you might be, you’re going to have to make time for the court.  That said, I’ve represented surgeons, physicians, lawyers, sales professionals, engineers and consultants from many different industries, and not one of them, in a DUI case, has ever lost more than a few days, total (including probation), in all that has been required of them from even the most demanding court.  Indeed  it goes a long way toward making this easier if you just don’t fight it at every turn.

So there you have it, the three things that WILL happen in your DUI: You will have some restriction of your driving, at least for a while, you will take a break from drinking (again, at least for a while), and you’ll have to figure out how to tend to the business of the court.  If you’re facing a 1st offense, you won’t go to jail and you won’t lose your job (unless you’re something like a school bus driver).  Stop worrying about all the scary-sounding things that won’t happen, and start figuring out how to best and most conveniently deal with the things that will.  I can help you with that.

If you’re facing a DUI charge anywhere in the Detroit-area (meaning any court in Wayne, Oakland, Macomb or surrounding counties), I can help.  You can reach my office, Monday through Friday, from 8:30 a.m. until 5:00 p.m., at 586-465-1980.  All consultations are confidential and done over the phone, right when you call.