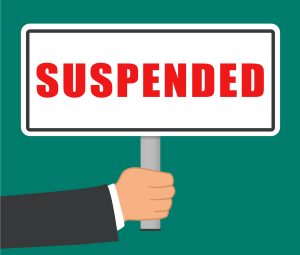 To be clear, there are precisely 4 offenses covered by the actual law linked above. As its title suggests, they include driving while one’s license is suspended, revoked, or has been denied. Note that the very first section makes clear that the law also applies to anyone who has never obtained a license, as well. Accordingly, if a person gets caught driving for any of those 4 stated reasons, it violates the very same provision of law. It doesn’t matter if the specific status of his or her license status is or was misidentified in some way or other.

Thus, if a police officer writes a ticket for “DWLS” to a person whose license is actually revoked (or was denied, or never issued), that’s not a defense to the charge. It doesn’t matter. As Michigan DUI and driver’s license restoration lawyers, my team and I deal with suspended and revoked license issues from every possible angle. We handle them on both the criminal side and reinstatement side. We represent people in these cases from the first court date all the way through the administrative reinstatement of driving privileges, and every stage in-between.

Although we try to be accurate with the precise status of a person’s license when talking to our clients, or those in the court system, my team and l sometimes also fall back to using the general term “suspended license” when referring to a revoked license charge. It’s just the way people talk. For what it’s worth, the same thing applies in DUI cases. In point of fact, there is no “DUI” law in Michigan. The actual, legal term for drunk driving offenses is “Operating While Intoxicated,” or “OWI.” The whole world, however, refers to this as “DUI,” so we just follow suit.

To help clarify all this, consider the following example:

Imagine that Tipsy Tina has had her license revoked after 2 DUI convictions within 7 years. One day, while driving to work, she gets pulled over. The officer cites her for DWLS, or Driving While License Suspended.

When Tina goes to court, the prosecutor and Judge aren’t going to care a whit about the fact that her ticket says “DWLS.” They will have her driving record, and see that her license was revoked for 2 prior DUI’s.

Remember, the written law specifies that it forbids any driving if

1. The person’s license has been suspended,

2. His or her license has been revoked,

3. That person’s application for a license has been denied, and

4. He or she has never been issued a license.

The mislabeling of her offense under the very same rule of law is not a defense, and could not matter less.

Although any kind of reverse situation is unlikely, imagine if Sober Sam’s license has been suspended because he failed to ever address an expired plate charge. For whatever reason, the officer wrote his citation up as “DWLR” (Driving While License Revoked).

When Sam shows up in court, everyone is going to see that his license was never revoked, but only suspended. If his lawyer is on the ball, he’d have Sam clear up that expired plate matter first. Then, by the time he gets to court for his mistakenly written as DWLR but actually DWLS charge, his license would already be reinstated.

The point is that the labeling (or, in some case, mis-labeling) of one of these offenses doesn’t matter. Instead, what’s important is the actual status of the person’s license at the time of the incident. Either it was suspended, revoked, or never issued. For what it’s worth, our firm has handled more DWLS and DWLR cases than we could ever count.

The names of the offenses are instructive in that regard, if not a bit “Captain Obvious.” A true DWLS charge means that a person was driving while his or her license was suspended.

Similarly, a true DWLR charge arises when a person was driving after his or her license has been revoked.

Having one’s license revoked is worse than having it suspended. Generally speaking, a person’s license winds up suspended for things like a 1st offense DUI, an outstanding criminal traffic offense, or too many points.

By contrast, a driver’s license gets revoked for more serious things, like multiple DUI convictions, or certain other traffic offenses that result in serous injury or death.

A license is suspended either for a certain, defined period of time (30 days, 180 days, 1 year, etc.) or until the person does something specified (like pay a reinstatement fee, or clear up certain traffic offenses that have been left unresolved).

The ONLY way a person with a revoked license can regain driving privileges is to file and then win a formal driver’s license restoration appeal. This must be done through the Michigan Secretary of State’s Office of Hearings and Administrative Oversight (OHAO).

If, however, a person’s license is suspended for a specific period of time, he or she gets it back as soon as that time period is up (often, though, only upon payment of a required State of Michigan reinstatement fee).

If the person’s license is suspended until he or she does something, like clear up an outstanding traffic offense, then driving privileges will be reinstated once that’s done.

Understandably, there are always far fewer charges for a person caught driving who has never had a license issued in the first place. My team and I have handled a number of them, but they’re far less common than DWLS or DWLR charges. Of note is that, our 30-plus years, we have never even heard of anyone being charged for driving after his or her application for a license was denied.

Every Judge presiding over a real DWLS case is going to know that, whatever else, the underlying reason for the suspension is something NOT as serious as multiple DUI’s.

On the flip side, every Judge presiding over a real DWLR case knows that the person doesn’t have such a good record. Most will have either racked up multiple DUI’s or, worse yet, injured or killed someone while driving drunk, or while committing some other driving offense.

In the real world, the vast majority of these cases come down to this: If you’re in court for driving without a license, it’s either because of DUI’s, or not.

Without exception, it’s ALWAYS better to be in the “or not” group.

Think back to our example with Tina and Sam. It doesn’t take a rocket scientist to figure out who’s more likely to get a break. It won’t be Tipsy Tina, who has kept on driving even after losing her license for multiple DUI’s. Instead, it will be Sober Sam, who never had a DUI and was proactive enough to renew his plates before his court date for driving on a suspended license.

And to be clear, by “break,” we mean several things. Perhaps the worst part about being convicted of a DWLS or DWLR charge is that the Secretary of State, must, by law, impose a mandatory additional suspension or revocation.

This is called “an additional like period of suspension or revocation.” It means that if someone had his or her license suspended for 1 year, and hasn’t yet had it reinstated, upon conviction for a new offense, he or she is going to be slapped with another 1-year suspension.

If a person is convicted of driving with a revoked license, then he or she is going to be revoked all over again for another “like” period (typically, either 1 or 5 years).

If convicted of DWLS or DWLR, there is no way to avoid this penalty. Therefore, we need to do a legal workaround to avoid them.  Moreover, the Judge has no role in this. The mandatory additional suspension or revocation is automatically imposed by the Secretary of State.

This means that for us, as lawyers, we have to do everything we can to avoid a conviction for either DWLS or DWLR. That’s the ONLY way to avoid a mandatory additional suspension or revocation.

My team and I, as the defense lawyers, have to negotiate a plea-bargain to one of several different charges. This will avoid any mandatory additional suspension or revocation. Our firm is very successful at doing this. Now, thinking back, the reader can understand that negotiating that kind of deal will be easier in Sober Sam’s case than in Tipsy Tina’s.

We do bring one huge advantage to the table, because my team and I are both DUI and driver’s license restoration lawyers. Nobody knows this stuff better than we do. This is our world. We deal with driving matters all day, every day. In the course of any given year, we handle more such cases than most lawyers will in their entire career. That’s great for anyone who can hire us.

While our driver’s license restoration practice is statewide, our criminal and DUI practice is concentrated in the Greater-Detroit area of Wayne, Oakland, Macomb and the surrounding counties. I point this out because if the reader is facing a DWLS or DWLR charge somewhere else, you need to look for a lawyer who handles these cases regularly. Specifically, that means a lawyer who handles them frequently, and in the court where your case will be heard.

Although the subject of DWLS and DWLR cases can get deep, for our purposes, we’ve covered enough to provide a reasonably good overview here. We’ve seen some of the more significant differences and similarities between these charges that arise from the same rule of law.

If you are facing a DWLS or DWLR charge and looking for a lawyer, be a smart consumer and read around. Pay attention to how different lawyers break this all down. This blog is a great place to start.

When you’ve done enough reading, start calling around. You can learn a lot by speaking with a live person. If your case is pending here, in the Greater-Detroit area, give our office a ring, as well.