Every driver’s license restoration appeal case is unique. Our firm has literally handled thousands of them, and we know that no two are the same. We’re reminded of this every time a caller wants to tell us about someone else’s case. Often, this happens when we explain the requirement that a person be sober to win a license appeal. That’s when someone will say something like, “I know a guy who got his license back, and he still drinks.” 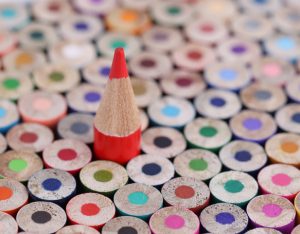 That kind of statement completely misses the point. License appeals are all about proving one’s sobriety. That’s not to say no-one has ever lied his or her way through the process, but our firm wants nothing to do with any case like that. The whole goal of a license appeal is for the Secretary of State to screen out those people who present any risk to ever drink again. For as unique as each and every driver’s license restoration case is, however, what makes that so generally falls into 1 of 3 broader categories:

First, there’s a person’s background, and his or her history of DUI’s and other troubles. Some people come to us with only 2 prior DUI’s, while others have 3, 4, or even more – and sometimes way more. Some people rack up multiple DUI’s quickly, while others have years and years between some or all of them. Often enough, people will run into other problems with the law, as well, due to their troubled relationship to alcohol. This, of course, tends to reflect the length of a person’s problematic drinking behavior.

Second, there are the reasons a person decided to quit drinking. License restoration appeal cases are all about sobriety. There is always a story behind the monumental decision to give up alcohol. Nobody quits drinking because it’s working out so well. In the recovery world, what precedes that decision is often described as “hitting bottom.” Every person has a different bottom. Some people seem to have NO bottom. There are people with more than 13 prior DUI’s who continue to drink, and plenty of others who quite literally drink themselves to death.

Third, we need to look at what has happened since a person quit drinking. When someone gets sober, just about every part of his or her life changes. People who give up alcohol ditch the drinking friends. They repair relationships with the people who are important in their lives. They do better at work, and get noticed, or promoted, or even move on to a better job. Often, they’ll begin to take care of themselves in ways they never did before. Without exception, they’ll say how much better they feel physically, mentally, and, sometimes, even spiritually.

Each of those 3 items, standing alone, is part of why everyone’s license restoration case is unique. When you add all of them together, you wind up with an endless combination of possible variables. To be sure, there are some common elements to all license appeal cases. It’s not inaccurate to say that some are more “garden variety” than others. Even so, the differences between any 2 cases that may seem alike can still be pretty stark.

As noted above, license appeals are all about sobriety. To put it another way, they’re all about not drinking. A little background will help:

Under Michigan law, if a person is convicted of 2 DUI’s within 7 years, or 3 within 10 years, he or she becomes legally categorized as a “habitual alcohol offender.” One of the key consequences is the revocation of his or her driver’s license. That’s very likely the reason anyone is reading this in the first place.

Another key consequence is that anyone who winds up categorized as a “habitual alcohol offender” is presumed, by law, to have some kind of drinking problem.

This is critically important, so let’s sort it out. If you have lost your license for multiple DUI’s, it is assumed that you have an alcohol problem. That’s the starting point from which a license rest0ration appeal case begins. You must understand and accept this to even have a chance at winning. Your “recovery story” is about when and why you did, in fact, accept that your relationship to alcohol had become a problem. That, and what happens thereafter, is another big part of why every driver’s license restoration case is unique.

This means that ANY explanation like, “I don’t drink that much” won’t fly with the Michigan Secretary of State. From the its point of view, having racked up multiple DUI’s makes someone a risk on the road. That’s why it revokes a habitual alcohol offender’s driver’s license in the first place.

Thereafter, it will only give it back to those people who can prove they’re not a risk to ever drive drunk again. The catch is that the only people who can do that satisfactorily are those who can show they’ve quit drinking for good. To clarify this, let’s look at the relevant part of the law, and then break down what it really means.

Now, here’s what that really means:

For starters, the rule directs the hearing officer to DENY a case unless the person who filed it proves 2 things by what is specified as clear and convincing evidence:

# 1 –  That his or her alcohol or substance abuse problem is “under control.” A problem is only considered to be under control when someone has been completely alcohol (and drug) free for a legally sufficient period of time. This includes recreational marijuana. The exact amount of clean time can vary from case to case, depending on the facts. As as practical matter, our firm will generally never move forward until a person has been clean and sober for at least 18 months

Our firm guarantees to win every license restoration appeal case we take. That’s easy for us, because the foundation of our guarantee is to only take cases for people who are genuinely sober. The life events that lead our clients to get sober in the first place is, as noted, one of the reasons why every driver’s license restoration case is unique.

In fact, the same can be said for those cases involving people who aren’t sober. Those such appeals are guaranteed losers, of course, and we won’t take them. Even so, the reason why someone convicted of multiple DUI’s continues to drink are nevertheless unique. This is equally true for those who eventually do decide to quit drinking. What motivates a person to stop drinking – or not – is always particular to him or her.

Circling back to those cases that can win – meaning for people who have quit drinking – it is still true that no 2 are the same. What was going on in a person’s life before and during the time of his or her DUI’s? What happened between his or her 1st offense, and their 2nd offense? What happened after that?

For some, their drinking history is a story of anger and loss. Employment suffers, marriages dissolve and other relationships get strained. Some people go through all of these things, while others only experience some of them. This is just part of his or her story, but it still accounts for why every driver’s license restoration case is singular.

The decision to quit drinking is huge. As stated earlier, nobody decides to quit because it’s working out so well. Just about everyone who does stop will look back and say they wish they’d done it sooner. People ultimately decide to give up alcohol because their efforts to control of limit their drinking don’t work. They never do, but that’s one lesson everyone has to learn the hard way.

For those who do quit, there simply comes a point when drinking just stops being fun. The problems it causes become too much to bear, and that’s when a person will finally surrender. The thing is, though, that any such surrender immediately becomes a victory. Once a person “puts the plug in the jug,” so to speak, every part of his or her life improves.

And that takes us to what happens after. Although every person who gets sober sees a dramatic improvement in the quality of his or her life, everyone’s life is different. Some people mend broken marriages. Others have to let go. Some find new partners and really do “start over.”

Plenty of people get a new job skill, or earn or finish a degree. Some take up exercise and get into fitness. There are also plenty who don’t do any of this things, and are just happy to reengage in life. Everyone is different. As a wise man said to me once, “That’s why there are prize fights and horse races, and why the paint store has different colors.” And yes, an old wise man actually did tell me that.

Some people get sober through programs like AA. Plenty get sober in other ways. Just as everyone’s recovery is unique, every driver’s license restoration appeal case is specific to him or her, as well.

To put the finest of points on this, even the way a restoration case is handled by a lawyer will make it different from all others. Imagine Person X hires Larry the Lawyer for his or her license restoration appeal case. Assume next Larry the Lawyer wins it. Let’s say my team and I agree that Larry did a great job. Even so, there would still be some differences in the way my team and I would have handled the case.

In that sense, license restoration appeal cases are like salsa; they all have similar ingredients, but no two are the same. In fact, to stretch this analogy a bit, there is a Mexican restaurant in Detroit with a great hot salsa. However, some days it’s noticeably “thicker” (and I think, better) than others, when it seems a bit watery. Same recipe, but made by different hands, and, therefore, just “different.”

The grand takeaway here is that is never helpful to compare your case to anyone else’s. No matter how similar the situations may seem, every driver’s license restoration case is, in fact, unique.

If you are looking for a lawyer to win back your license or clear a Michigan hold on your driving record, be a savvy consumer. Take some time and read around. This blog is a great place to start. It is fully searchable and is updated with 2 new articles each week. There are over 660 articles (to-date) in the driver’s license restoration section alone. You can find more useful information her than any and everywhere else combined.

Don’t take my word for it, though. Read around for yourself. Pay attention to how different lawyers break down the license appeal process. Note also how they explain their various approaches to it.

When you’ve done enough reading, start calling around. You can learn a lot by speaking with a live person. No matter where you live, our firm can handle your case.