As a Michigan DUI lawyer, I can honestly say that most of my clients are people who never thought they’d wind up being arrested, or have to hire a lawyer to help them out of a jam. Although DUI charges are, in fact, criminal charges, there is often an important distinction between the kinds of people who wind up having to deal with an OWI charge and those who are facing any of the broader range of criminal charges. My DUI clients may have wound up on the wrong side of a criminal offense, but they are hardly “criminals,” and often have never been in any kind of trouble before. 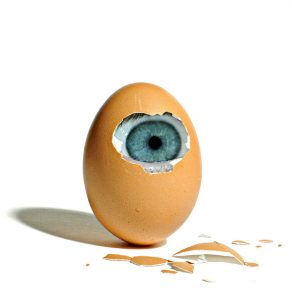 In that same way, nobody thinks of a mixed dish of cucumbers, olives, peppers and tomatoes as a “fruit salad,” but in fact, it is, because those are all fruits! Similarly, most people who find themselves in a DUI situation are nowhere near what anyone would consider “criminals.” And while this may all sound comforting and nice, the reality is that while most DUI offenders don’t belong mixed in with criminals in any sense, getting a DUI puts them smack-dab into that very position. Most of my 1st offense DUI clients have never been to jail prior to their arrest for this charge, and absolutely none of them ever want to go back, because they know they don’t belong in that environment.

Part of my job in handling a DUI case is to straddle the fence, like a kind of diplomat. On the one hand, I must help the court understand who my client is, as a person, while, on the other hand, I have to help my client to understand that his or her actions, however lacking in criminal intent, have placed him or her squarely within the criminal justice system. Of course, the courts, for all their shortcomings, do recognize the difference between a one-time DUI offender and a career criminal, but even so, the drunk driving laws carry certain consequences (particularly driver’s license penalties) that apply no matter who’s in the hot seat.

To be sure, nobody goes out with the intention to get arrested for OWI (Operating While Intoxicated). Often enough, a DUI just “happens.” I get that. Still, as much a person may have not had any malicious motive or purpose when he or she was drinking, it was a clear lack of good judgment that led to him or her deciding to drive anyway, and wind up getting arrested. To the court, it doesn’t matter how or why someone got drunk and then drove, because the simple fact is they did, and, therefore, the risk to the public is all the same.

Part of that diplomatic role I play is to help my client be able to convincingly explain to the court how and why a 1st offense DUI incident was so out of character, and provide a credible explanation for why it won’t happen again. Absolutely everyone who gets a 1st offense DUI promises it won’t happen again, including every 2nd and 3rd DUI offender.

It’s not enough to say something like the whole experience was so terrible that you never want to go through that again. That may be incentive enough to prevent someone from consciously choosing to engage in illegal or otherwise risky behavior in the future, but when it comes to things like DUI’s, the whole idea that it just “happened” is about a lack of planning, more than any kind of conscious choice.

When somebody steals, for example, he or she intends the action of taking something that doesn’t belong to him or her. In fact, to be guilty of a crime like larceny, a person has to have the intent to deprive someone else of the item(s) stolen. It’s the same for assault and battery: a person has to intend to strike another. If a person falls down the stairs, and on the way down, plows into another by accident, then he or she is not guilty of battery because of the lack of intent.

When it comes to a DUI, however, all the state has to prove is that person drove with a BAC over the legal limit, or that he or she was impaired when driving. It doesn’t matter what a person’s intentions were (or were not) as far as drinking and then driving.

As much as no one plans to get a DUI, nobody really plans to get drunk and then try to drive, either. This is true even though a person heading out to a situation where there is likely to be a lot of drinking hasn’t thought things through to the point of how they’re going to get home afterwards. Plenty of 4th of July barbecues involve a lot of alcohol, fireworks and late hours. Unless someone has plans to spend the night at the host’s place, how sober do they think they’re going to be when it comes time to drive home?

The history of DUI cases is really an endless list of people not having planned well enough in advance. In a very real way, DUI’s do “just happen.” The court, of course, wants to make sure that a person who did it once never does it again, and therefore takes the appropriate steps to ensure it doesn’t. Although most people (not my clients, however) default to doing just that, making the simple promise that it won’t happen again, or offering up the tired and worn-out explanation about what a nightmare it has been to go through the whole DUI thing, and how they’ll never put themselves in this position again doesn’t really alleviate the court’s concerns.

These are the kinds of things you need to talk about with your DUI lawyer. Remember, everybody says they’re sorry, and says “l’ll never do that again.” That’s not enough. Neither does it do any good for a lawyer to merely sit with a client in the office and listen while a client pours his or her heart out about how difficult this has been. Sure, it matters that you care, and have remorse, but a sympathetic ear only feels good, and doesn’t really do you any good when it comes to actually making things better for you in court.

Instead, you need to be able to assure the Judge that this really won’t happen again, and explain why you can make that promise. Your lawyer has to work with you to be able to do that, not just sit there like a codfish and nod while you talk. Everyone facing a 1st offense DUI never imagined finding him or herself in this situation to begin with, and while most of these situations arise from a lack of planning, now is the time you need to come up with a plan.

It gets harder before it gets easier, because every Judge is different, and what may fly with one Judge might just push the wrong buttons with another. This is why my team and I limit our DUI practice to the local courts of Oakland, Macomb and Wayne Counties; we go to the same courts and practice before the same Judges day-in and day-out. The idea is to pay a lawyer for his or her experience before the Judge presiding over your case, not his or her tuition to get it.

It goes without saying that most hardworking, law-abiding and taxpaying citizens never thought they’d wind up facing a DUI. People like this lack the inclination and intention to be criminals. Most DUI’s result from a lack of planning, and the people caught never intended to drive drunk. If you find yourself in this situation, you’ll need to show how you are going to plan for this not to happen in the future. If this isn’t a key part of how your case is going to be handled, you’re bumbling into yet another troublesome situation without a plan.

In the context of a DUI case, who you are as a person matters. However, there is a limit to the value of that. When a person can step up and say that although he or she never imagined they’d find themselves in a situation like this in the first place, he or she has learned from it, that’s a start.

The lawyer has to help them make clear to the Judge that they now realize that things like consuming more than they had planned can happen (as it has, once already), and if it does, they now know how to deal with it, particularly by not driving. As I pointed out before, just saying “It won’t happen again,” by itself, doesn’t cut it.

A DUI case involves all kinds of issues, but this is one you need to examine with your lawyer before you have to explain yourself to the Judge. To a certain extent, this transcends much of the technical, legal stuff that underlies a drunk driving charge. Evidence and procedure is important, but unless your DUI case is tossed out of court, then you need a plan beyond that.

Remember, it was probably the lack of a plan that created this situation in the first place, so now is not the time to plow blindly forward again.

If you are facing a DUI here, in the Metro-Detroit area (meaning in any court in Oakland, Macomb or Wayne County) and are looking to hire a lawyer, be a good consumer, read around, and then check around. See how the various lawyers address these issues in their writings. As you explore your options, contact my office, as well. All of my consultations are confidential and done over the phone, right when you call. My team and I are really friendly people who will be glad to answer your questions and explain things. We can be reached Monday through Friday, from 8:30 a.m. until 5:00 p.m., at 586-465-1980.