As Michigan DUI lawyers, we represent plenty of women. Although the actions that give rise to a drunk driving charge generally have nothing to do with gender, it is also true that in some cases, men and women will experience a DUI case differently. Precisely because I am a male, I cannot even pretend to do anything more than acknowledge this reality, and understand that it exists. Even so, the simple fact of recognizing that the experience of going through a DUI can be different for women than for men is important, and is at least a start. 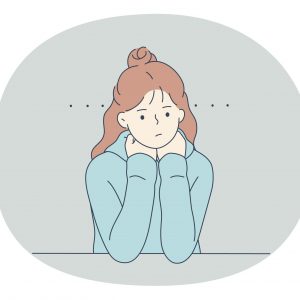 The inspiration for this somewhat short article came from a recent discussion with my wife as we talked about the general misery for anyone facing a DUI charge. She wondered aloud if some aspects of the process wouldn’t automatically seem more burdensome to a single mom than a single man without children. From there, we had a back and forth about all the things that could be different, and those we thought could at least “feel” different, regarding the DUI process, just based upon a person’s gender. In a completely un-scientific way, we both came to realize that there is really a lot to all of this.

As a busy DUI law firm, my team and I concentrate on handling drunk driving and driver’s license restoration cases. As it turns out, the other 2 lawyers and all the support staff in our practice are female. They weren’t hired with any consideration of their gender, but rather because of their sheer intelligence, experience, and skills. If I spend too much time heaping praise on them, then this would be far more of a promotional piece rather than an informational article, but the bottom line is that I truly believe my associates are brilliant, and they would be the lawyers I’d want representing me if I found myself in a legal jam.

While I am aware that things can be different for a woman going through a DUI, neither I nor any male can really “know” those issues in the same way a woman can. Of course, to a certain extent, the opposite is true, as well, but these differences are unlikely to have any adverse effect on or cause any concern to a man facing an Operating While Intoxicated (OWI – the legal term in Michigan for what everyone just calls “DUI”) charge. Perhaps a real-life analogy can help illustrate my point better than anything else:

When I started dating my wife back in 1984, her OB was male. That was pretty common back then. Things have changed a lot in the interim, however: In 2019, the American Medical Association reported that there were actually more women in medical school (50.5%), compared to 49.4% for men.

For the last 20-plus years, having moved away from the area where she grew up, my wife’s OB has been a woman, and she prefers that. While that makes sense to me intellectually, the only way for me to really “know” this, is to consider it by analogizing to my own experience.

Being past 50, I’m at that age where certain medical procedures are needed to insure wellness, and some of them take place below the navel, so to speak.

When it came time for me to look for a doctor (and I’m not particularly shy or overly self-conscious), my wife and I found a practice that was staffed by both male and female physicians. I immediately knew I’d rather have a man. It’s not that I would have any concerns about going to a woman doctor, or would have any less confidence in her (our family dermatologist is female, as are most of the physicians where we go for sinus infections and such), but all other things being equal, my preference, when it comes to anything dealing with the lower half of my body, is to be examined by a male.

I don’t owe anyone an explanation for that. As the old adage goes, “feelings are facts,” and I feel less uncomfortable having to deal with those issues in the presence of my own gender.

Here’s where my analogy fall short, however: being physically examined by a doctor of one sex or another doesn’t really involve considerations beyond one’s personal modesty. There is defintely a lot more to the whole subject of different societal expectations and standards (in many ways, double standards) in the context of of a DUI case as it relates to gender.

For as much as popular thinking has evolved over the years, it’s still the case that if a male brags about his sexual conquests, he is seen more as a “stud,” whereas if a woman does that, she is more likely to be viewed as “loose.”

That’s totally wrong, unfair, and a complete double standard, but the simple fact is that we’re still quite a way from true equality.

Thus, if Jovial John, who is divorced and whose ex-wife, Tina, has physical custody of their 2 children, attends a golf outing with “the boys,” overdoes it a bit, and gets popped for drunk driving on the way home, he will likely NOT have the same concerns that Tina would have if she picked up a DUI on the way home from a bridal shower one weekend when John had the kids.

By contrast, and beyond any misplaced feelings that Tina might experience of having “failed” by getting arrested for drunk driving, she’d also (and rightfully) be extremely worried about her driver’s license. Because she has the kids during the week, she has to get them to and from school, play-dates and everything else.

These concerns would not be the same, meaning not as pressing, for John, her ex-husband. As far as the kids are concerned, the most he has to worry about is being able to drive to get them every other weekend.

If John goes to work on Monday, he may confide in a few of “the guys” that he got arrested for a DUI after their golf game on Saturday, and then relate what a pain in the a$$ it was to get everything in order after his release from jail.

Some of his friends might either relate their own DUI stories, or re-tell the accounts they’ve heard from other buddies who’ve gone through the same thing.

Tina, however, may quietly hope and pray nobody at work finds out about her DUI, preferring instead to seek the counsel of 1 or 2 of her closest friends, perhaps seeking their “help” as she looks for a DUI lawyer.

Among the things that has changed over the years – and this is good news at every level – is the number of women who have become Judges. When I first started practicing law 30-plus years ago, the vast majority of local, district court Judges who presided over DUI cases were male. And to be clear, I mean well over 90%.

Now, the split is about even, and that’s the way it should be. Apart from a few, specific occupations, where it might seem preferable to have a woman over a man (in the mammography section of a hospital, for example), the time has long come for us to understand people of either gender as truly equal.

In the 1970’s there was a TV show called “Police Woman” because female officers were a distinct minority.

In that same way, nowadays, doctors are doctors; we are way past the point of calling a female a “lady doctor.”

Even so, that doesn’t mean that women still don’t labor under double standards and unfair expectations.

Thus, even the same DUI charge, in the same court, and with all the same facts, may feel different to the person charged, and to some extent, even play out a bit differently, simply because of his or her gender.

My goal in this article was not to raise and discuss all the different issues that could make a DUI different for a woman than for a man, but rather to just point out that such differences do exist, and my team and I are very much cognizant of that fact. No matter what the gender of our client, the goal is always to get him or her through the case with the fewest penalties possible.

Whatever else, it’s impossible to even begin to deal with something if one doesn’t at least first recognize its existence.

If you are facing a DUI charge and looking for a lawyer, be a savvy consumer and read around. Read how lawyers explain the DUI process, what’s involved in it, and how they explain their various approaches to it. When you’ve done enough of that, start checking around. You can learn a lot by actually speaking with a live person.

If your case is pending here, in the Greater-Detroit area (meaning anywhere in Wayne, Oakland, Macomb, Lapeer, Livingston, St. Clair or Washtenaw Counties), give us a ring, as well.

All of our consultations are free, confidential, and, best of all, done over the phone, right when you call. My team and I are very friendly people who will be glad to answer your questions, explain things, and even compare notes with anything some other lawyer has told you.