At some point after you pick up a DUI, and even if it’s your 1st offense, you’re going to have to think about your drinking.  In this article, I want to examine the issue of drinking, and when a person’s relationship to alcohol become troubled. I write this piece wearing a number of hats, including Michigan DUI and driver’s license restoration lawyer, someone who has completed a post-graduate, clinical program of addiction studies, and an all-around interested party who thinks that lawyers are sometimes too afraid to address this topic and acknowledge the elephant in the room in DUI cases.  This 2-part article is for everyone, but will be of particular relevance to anyone who has ever wondered if his or her drinking has grown problematic, especially in light of a current OWI charge, or any past convictions for drinking and driving.  This installment won’t be preachy because our goal here isn’t to make someone admit he or she has a problem (maybe they don’t), but rather provide some honest food for thought. 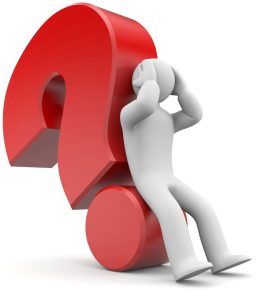 Many people released from jail following a DUI arrest are picked up by someone close, like a partner or spouse.  If there have been any kind of drinking issues in the past, you can be the subject is going to come up right away, and maybe even in the car, on the ride home.  I’m being diplomatic here, but you can almost imagine the other party yelling at the person to get a hold of him or herself, or lighten up on the drinking, or something similar.  “How the hell much did you drink?” is probably a question to be expected, and any normal person is going to wonder how they got themselves into this situation.  Were they drinking with people who party real hard?  Do they spend too much time drinking, or hanging out with drinking people?  Has it become difficult to go out and have just a drink or two over the course of a night?  Is it hard to stop after just one or two drinks?  It’s understandable (although not legally excusable) to have had a few too many at some special event, like a wedding, or a Christmas or New Year’s party, but in the real world, that’s almost never the situation behind a DUI arrest.  Some people will, when things settle down, really take the time to think about what happened, and why it happened, and for plenty of them, especially those facing a 1st offense charge, a DUI arrest is easily written off as truly out-of-character, because it is.  For other people, however, the situation is more complicated; some will deny that anything is or could be wrong, while others will wonder.

First, we have to acknowledge an objective reality: DUI drivers, as a group, have, statistically speaking, a significantly higher incidence of drinking problems than the population at large.  In other words, if I told you to go out and assemble 2 groups of people, with the first being 1000 people selected at random, and the second also being 1000 people selected at random, but with the additional qualification that the folks in this group either had to have previously had, or currently be facing a DUI, no matter how you screened them, the second group would always test out with a significantly higher rate of problem drinking.  Indeed, it is this reality that, in large part, accounts for the court system’s built-in “alcohol bias.”  However you cut it, if you are facing, or have had a previous DUI, you have an elevated risk of having a drinking problem.  Like it or not, that’s the starting point for any honest inquiry.

Conventional wisdom holds that if you wonder if something is a problem, that alone usually means it has burrowed its way deep enough into your life to be a legitimate concern.  Thus, if you’ve ever wondered if your drinking may be an issue, it most likely is.  When you think about it, no one who only drinks socially, and without any issues or problems, ever wonders if they’re drinking is troublesome.  Why would they?  I have never wondered if eating pizza is a problem – because I’ve never had any issue with how much pizza I eat, or what happens after I do.  Thus, pizza has never caused nor otherwise been associated with any problems in my life.  You can see how this makes sense in the context of a person wondering if his or her spending is a problem, or gambling, or smoking, or swearing (a person would probably only wonder if he or she swears too much when scolded by someone else).  The only reason a person would ever wonder if his or her drinking has become an issue is because, well, there are or have been issues with it.  Have you ever heard of someone eating right, sleeping well and getting enough exercise who wonders if maybe they’re taking care of themselves too well?  Does anyone who makes a lot of money ever worry that they make too much?

It is important to point out, right here, that we don’t have to get caught up here in some antiquated notion of “alcoholic,” or otherwise define a “drinking problem,” and can instead focus on the simple idea that one’s relationship to alcohol has become troublesome, whatever that may mean.  A person knows, in his or her heart of hearts, when something just isn’t right.  When it comes to thinking about one’s own drinking, a person can often push those feelings way down, but they still manage to bubble up to the surface from time to time.  Getting arrested for a DUI will certainly be one of those times when they come up.  The point I’m trying to make here is that this is not something that needs to be thought about and then solved.  The idea is to just to think about one’s relationship to alcohol, and be honest about the times it has created problems.  The AA people have a saying that marks a good starting point: “I didn’t get in trouble every time I drank, but every time I got in trouble, I had been drinking.”  If a person can relate to that at any level at all, it means there’s at least something there to consider.

Whatever else, it doesn’t mean things are going perfectly well.  At a minimum, anyone convicted of a DUI drank way more than intended, to the point of being drunk, and then drove a car and got caught, on at least that one occasion.  No one plans to go out and get a DUI, so this tends to show that there is some kind of risk when a person consumes alcohol.  And yes, it is not lost on this writer that very few people can claim the moral superiority of honestly saying they’ve never driven after having consumed too much.  Of course, most 1st offense DUI drivers DO NOT have a drinking problem, but quite the opposite holds true when we start talking about 2nd offense (and 3rd offense) drunk drivers.  Yet it doesn’t matter how many DUI’s a person does or doesn’t have, because our focus here is more on how a DUI charge can help a person take stock of his or her drinking behavior and, perhaps, decide to do something about it.

For some reason, we are conditioned to think of a drinking problem as having something to do with being a “big” drinker.  A college kid, for example, may be an very occasional drinker, but if every so often he or she binges until sick, or otherwise winds up in some kind of hot water (it doesn’t have to be legal trouble), then drinking is obviously a risky endeavor for him or her.  If a person drinks once a year or less, but is facing his or her 2nd DUI, that proves that he or she simply cannot handle alcohol the way other people do.  That’s not a flaw, it’s just a reality.  Some people can’t eat shellfish, or cheese, or peanuts.  What they learn is to avoid those things because messing with them brings trouble.  It’s no different with alcohol, though many people will keep drinking and running into trouble again and again, blaming any and everything except the drinking.

If and when a person first begins to think about these things, there should be no pressure to come to any grand conclusion right out of the gate.  In the clinical world, there is a model called the “Stages of Change.”  There are 5 stages: 1., pre-contemplation, meaning a person is doing whatever (think smoking) and isn’t even thinking about changing a behavior, 2., contemplation, where a person is beginning to think about how something impacts his or her life, and considers doing something about it, 3., preparation, where a person begins to make plans to change (i.e., to quit drinking or quit smoking, or go on a diet), 4., the action stage, where a person does indeed make a change, and then, 5., the maintenance stage, which requires a person do whatever to keep the change in place.  In the real world, people go through these all the time, and go from not thinking about something to thinking about it.  Sometimes, a person might make a plan, and maybe even carry it out, or start carrying it out, only to go back to the behavior.  Most smokers know they should quit, and sometimes give the idea serious thought, but whether they merely think about quitting, or they try (or not), they wind up still smoking.  Whatever else, it’s the thinking about things – the contemplation stage – that is the most important.  That’s what we’re talking about here.

We’ll break here, and pick up again in part 2.