In part 1 of this article, we began our examination of how and why a person facing an OWI (Operating While Intoxicated) charge may want to – or be required to – evaluate his or her drinking.  In this second part, we’ll continue that analysis.  If a DUI client is wondering about his or her relationship to alcohol, and whether or not it’s troubled, then we need to explore that.  One of the more important aspects of this to me, at least in my role as a DUI lawyer, is that I want to keep this private, meaning out of the court’s purview, to the extent possible.  This is especially true in 1st offense DUI cases, but not so much in 2nd and 3rd offense cases where the law essentially presumes a person has a drinking problem, anyway.  In the confines of my conference room, I can and do help my clients explore their drinking.  Although I have completed that post-graduate program of addictions studies, I certainly don’t “play” therapist.  I’m not a substance abuse clinician, but I do have a very unique skill set and an unusually good ability to communicate with people, and that allows me to speak with them and help them evaluate things in a way that can be helpful. 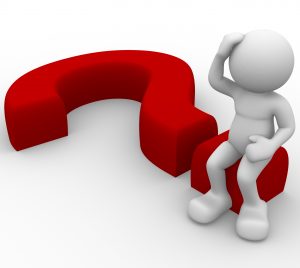 By unfortunate contrast, most lawyers seem pre-programmed to reflexively argue that none of their clients ever have a drinking problem.  After all, as a DUI lawyer, I measure success in terms of what DOES NOT happen to my client, and so, really does every other lawyer.  When a DUI just “happens” and the client doesn’t have any kind underlying issue with alcohol, then it’s my job to make sure we demonstrate that to the court so that he or she doesn’t wind up getting socked with all kinds of classes and counseling.  In that situation, no one is better equipped to protect the client from the overreach of the court system than me.  However, if my client does have some issue with drinking, I also need to protect him or her, because the courts typically overreach there, as well, often ordering too much, and often the “wrong” kind of counseling, treatment, and things like AA and alcohol and drug testing.

None of this, as you can see, is about convincing a person that he or she has a drinking problem.  People will either learn that on their own, or not.  However, there are things that can be shared that can help a person put his or her drinking into perspective.  A client once explained to me how he had “managed” his drinking for a few years by following what almost sounded like a “drink by the numbers” plan.  Later, when he made the decision to quit, he realized that when you even have to think about controlling or limiting your drinking, you already have a problem, because normal drinkers never have to think that way.  I’m paraphrasing here, but he said that normal drinkers are normal drinkers because they can drink normally; a normal drinker can go out with friends to have a drink or two, and have just a drink or two.  Maybe someone they haven’t seen in a while shows up, so they stick around for a third.  Or, maybe the person has one drink, looks at the time, and says, “you know what, I’ve got a lot of stuff to do, so I’m going to take off.”  Whatever else, a normal drinker doesn’t have to keep count so that a drink or two doesn’t become eight or ten or even more.

Lots of people come to the realization that their drinking is a problem, but still keep trying to “fix” it themselves.  Indeed, one of the clinical markers of a drinking problem is previous attempts to cut down or control one’s consumption.  Perhaps the biggest obstacle to seeing one’s self as having a problem centers around the frequency of one’s drinking.  For some reason, we tend to think of a drinking problem in terms of how often (and/or how much) a person drinks.  I can’t count the number of times a 2nd offense DUI client has assured me that he or she doesn’t drink that often, in an attempt to prove they don’t have a problem.  In reaching the conclusion that a person does have a problem, It’s not the quantity of drinking, but rather the quality of it, that matters.  Some people rarely drink, but have a hard time stopping once they start.  Or maybe they never even think about stopping once they start, even though they rarely drink.  As the old saying goes, “when something causes a problem, it is a problem.”

To me, this all harkens back to my formal title, “Attorney and Counselor at Law.”  If I can help one person who’s on the fence decide to just give his or her drinking some thought, or maybe just go talk to someone about it, then I will have done my job well.  When someone is wondering if his or her drinking is a problem, the last thing they need is someone to jump in and say “yeah!”  Instead, it takes a combination of listening and responding appropriately.  One way to do this is through what is called reflective listening, where you accurately mirror back what the person is saying so they can see how they sound and come to their own conclusions.

Good intentions and a desire to help are not only not enough, but can also create the opposite of the desired effect when dealing with someone whose drinking may or may not be problematic.  This is a huge problem in the court system, where some well-meaning Judge may “know” a person has a drinking problem, and then order him or her to attend a ton of AA meetings.  AA is a great program, but it’s not for everyone.  In fact, it’s not for most people.  Consider the following hypothetical situation:

Low-key Lisa is arrested for a 2nd offense DUI.  At 28 years old, although she is quiet by nature, she seems to have herself together, but the fact that she’s now racked up 2 DUI’s in less than 6 years demonstrates that something is going on.  She is attractive, well-mannered, dresses nicely, and works in an office.  As a result of this 2nd DUI , she has lost her driver’s license.  As part of her sentence, the Judge orders her to attend AA twice per week, and because she can no longer drive, she finds a meeting close to her home, in the activity room of a local church.  As she enters the meeting room for the first time, she notices the meeting is almost all middle-aged, grey-haired, pot-bellied men.  When they notice her, some of their eyes light up, and she immediately feels creeped out.  Not that any of these guys are anything other than nice, but Tina feels very uncomfortable, and knows this is NEVER going to be an environment where she shares a lot about herself.  That’s perfectly understandable.  Maybe Tina would be more comfortable and get more out of individual counseling, except that she’s under court order to keep going to these meetings.  Any potential therapeutic value AA may have ever held for Tina went out the window when she first walked in and felt creeped out.

The Judge, for his or her part, only meant for her to get help.  The intention was good, but the result was not.  Of course there are women’s only and men’s only AA meetings, but if Tina can’t get to them, or has already decided she hates AA, then what good is that?  An intention to help can often result in doing more harm than good.  Tina should have been screened to see what would work best for her before ever being sent to an AA meeting, or even going for individual counseling.  Perhaps we would have discovered that Tina would have felt most comfortable starting out in some kind of women’s group therapy, even over individual counseling.  Tina is Tina; everyone else is different.  What works for one person may not for another.  The court system is not equipped to take things like this into consideration.  A person, therefore, needs a lawyer who does, and who will be able to present them to the court before he or she gets ramrodded into something that’s not a good fit.

The astute reader may sense a bit of a dichotomy here.  If a person must come to his or her own realization that drinking has become a problem, then why are we talking about finding a “good fit?”  Remember, I noted before that the court system presumes a 2nd or 3rd DUI offender has a drinking problem.  Michigan law categorizes such people as “habitual alcohol offenders” and requires that the court sentence them to some kind of counseling or treatment.  This is where some of my skill set becomes important, because I have to explain this to the client, and do so in a way that either helps him or her reach the same conclusion, as well, or at least understand that the court system has no choice but to order treatment.  It’s easy to blurt something like “It’s your 2nd drunk driving; of course you have a problem.”  That approach, however, will generally awaken all the defensive mechanisms within a person and will ultimately be counter-productive.  Instead, we have to talk, and I have to listen.

For those who have already begun asking if their drinking is an issue, things are going to be a lot easier, but this situation must still be handled with a certain amount of finesse.  In my driver’s license restoration practice, I win back the licenses for people who have lost them for multiple DUI’s and who have genuinely become sober.  Many, if not most of these people knew or suspected their drinking was a problem long before they actually quit.  This is why “helping” a person early on is not about getting them to admit they need help or forcing them to accept such a conclusion.  It’s about listening and giving feedback and providing some criteria by which the person can evaluate his or her drinking behavior and come to their own conclusions.  A person must be able to think out loud and know there is no judgment being rendered.  Helping someone come to their own conclusions does NOT mean helping them come to yours (or mine), or getting them to agree.

Yet for all of this, if you’re wondering about your drinking, chances are, it’s some kind of an issue.  As much as I can help with your DUI, I can also help you at least honestly evaluate your relationship to alcohol, as well.  Take the time to read some of my blog articles.  Within the DUI section of this blog, I have covered every aspect of drinking and driving cases, including things related to counseling and getting help.  On my website, and within the DUI area there, I explore these topics, as well, although not to the same extent I can in my articles.  If you are looking for a DUI lawyer for a case in the Metro-Detroit area (Oakland, Macomb and Wayne Counties, as well as in the surrounding Counties of Lapeer, Livinston and St. Clair), read around, and then check around.  All of my consultations are confidential and done over the phone, right when you call.  You can reach my office Monday through Friday, from 8:30 a.m. until 5:00 p.m., at (586) 465-1980.  We’re here to help.