A regular and frustrating part of my experience as a Michigan driver’s license restoration attorney is when a client who is on a restricted license gets an ignition interlock violation after either having started the process of getting a full license, or who would otherwise be eligible to do so. In other words, it’s enough of a pain in the a$$ if someone is 4, 6 or 8 months into his or her restricted license and then gets violated. It’s worse, though, when the person has been on a restricted for over a year already and could have, but has not yet, restored his or her full privileges, and then gets a violation. 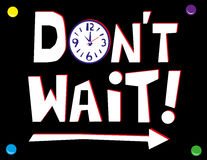 Remember, after a successful driver’s license restoration appeal, a person has to drive for at least 1 year on a restricted license with an ignition interlock unit. Once he or she has accumulated 12 months, however, they can move forward for “full” restoration. One frequent misconception is the idea that it “looks better” if the person spends a little more time on the restricted license. That’s dead wrong.

The very day your year is up, you should move forward to restore full driving privileges. The only thing that happens if you wait is that you invite trouble. I know this, because I get called in to fix these situations all the time.

The inspiration for this article came the day before I started writing it. Ann, my senior assistant, called and informed me that one of my clients, who was already in the process of getting his full license, just missed a rolling retest. As a result, he will be violated. In his case, the poor guy could have moved forward a long time ago (I won his restricted several years ago).

If he’d have moved forward earlier, he wouldn’t be facing an ignition interlock violation.

Instead, he’s going to have to deal with a violation hearing first, and must win that (I don’t expect any problems because he was definitely NOT drinking and promptly obtained an EtG urine test the day of his miss), and only then can he move forward with his appeal for a full license.

The reality is that for many people, having a restricted license works, and works well enough (it’s certainly a hell of a lot better than not driving at all), and as such, isn’t a big inconvenience. As a result, they become complacent. I see this all the time, and it’s understandable.

As I mentioned at the outset, there is precisely ZERO benefit in waiting beyond the mandatory year on the interlock and restricted license to file for your full license. It doesn’t help the next appeal in any way, nor does it “look good” to the Michigan Secretary of State. I’ll say it again: waiting does nothing but invite trouble.

For someone who is genuinely sober, the idea of waiting doesn’t seem like any kind of risk, because the person knows there is no chance of him or her drinking, but that misses the point I’m trying to make.

A simple missed test or malfunction on the part of the machine can give rise to a violation, and that not only means being revoked all over again for several months, but also delaying the process for a full license appeal by at least another 3 or more months. All this can happen even though a person is a million miles from ever picking up another drink again.

Missed tests occur all the time, and they always occur by accident. They can (and almost always do) occur despite a person having good habits regarding his or her use of the interlock. Like a car accident, nobody plans on this.

Consider a person who starts his car in the morning and he realizes he forgot his phone in the house. Naturally, he’ll run back in to retrieve it. Now, think about the endless number of things that can happen once in the house. Imagine the person knocks over a glass, and then stops to clean it up, and in those few unanticipated minutes, misses a retest.

I’ve had cases where a person has gotten out of the car in the winter to scrape some ice off the windshield, and slipped and fallen on the ground and been injured. These things seem unlikely, and even more so if a person has gone for a year or more without any of them happening, but they happen often enough that the Secretary of State provides the notice of proper ignition interlock use in every order granting a license appeal. This section clearly and specifically advises to never exit your running vehicle for any reason whatsoever.

I could go through endless examples of the things that can go wrong with the interlock.

Not to be cold about it, but if you’ve been on a restricted license for less than a year and you get violated, that’s another case for me, and bad luck for you. As the sayings go, “that’s life” and “$hit happens.” Often enough, something does just “happen” during that first year on the restricted license with the interlock and a violation can’t be avoided. In these cases, I earn my money by winning the violation and getting my client back on his or her restricted license.

However, once that first year has passed, there is simply no reason to wait to appeal for your full license, except to tempt trouble. Sure, it puts money in my pocket when this happens to one of my clients, but my real interest is in helping them get back on the road, not collecting what I think of as “blood money.” I cannot tell you how my heart aches when this situation arises, just like it did for my client who was the inspiration for this article. I don’t think “cha-thing!” – I think “aw, $hit…!”

In that sense, I hope that all of my clients and everyone else who is eligible to file for a full license will NOT have to pay me, or some lawyer like me, to handle a violation hearing that could have been avoided.

The easiest and best way to do that is to NOT wait beyond the first year on the restricted license with the interlock and move forward forward with that full appeal as soon as you are eligible. Given that there is absolutely no advantage to waiting, and that doing so brings all kinds of risks, there is simply no good reason to wait.

If you need to win a Michigan driver’s license restoration or clearance appeal and are looking for a lawyer, be a good consumer and do your homework. Read around, then check around. All of my consultations are done over the phone, right when you call. You can reach us Monday through Friday, from 8:30 a.m. until 5:00 p.m. (EST), at 586-465-1980. We’re here to help.