Of all the things I do in my criminal practice, none is more acutely serious, yet nearly as un-technical or less legalistic than handling probation violations.  There are really 5 things you should know if you’re facing a PV (also called a VOP for “violation of probation” in some courts, and a “show cause” in others).  We’ll set them out below and then look at each, in turn: 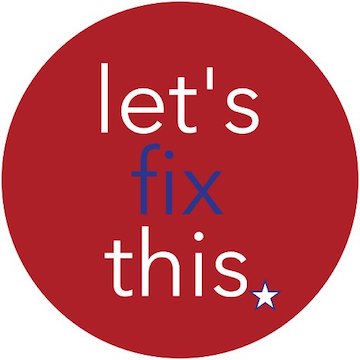 1. Your lawyer is your most important asset.  Now is the time to hire the best-spoken attorney you can get.  Sure, you can go cheap, but how much good will the money you saved do you when you’re sitting in jail?  You don’t always get what you pay for, but you’ll almost never get what you don’t pay for.

2.  Facts matter.  What happened, and what did not happen, and the why of it all is important, especially if it helps your cause.  You need to make sure your lawyer takes the time to understand everything relevant about your alleged violation in order to make things better for you.

3.  Facts don’t matter.  This doesn’t contradict #2 above, but rather recognizes that sometimes, the facts don’t help you out, like if you drank and then tested positive for alcohol.  In those cases, #1 matters even more because you need a lawyer who can persuade the Judge to not just give up and send you to jail.

4.  It’s all about options.  If you’ve violated your probation, the Judge isn’t stressing out over how to make things easy for you; he or she is probably pissed, more than anything else.  There’s a saying that, to a hammer, everything looks like a nail.  Here, the Judge needs to be presented with options to consider.  It is a capital mistake to just stand there waiting for him or her to figure out what to do, because human nature is to reach for the closest tool at hand.  This ties in closely with #’s 1 and 3.

5.  You matter.  This can be a good thing, or not so much, but who you are as a person and the kind of record you do or don’t have does figure prominently in how your lawyer needs to present things.  For all of that, if this is something like your 3rd probation violation for your 19th criminal conviction, forget everything here, save your money and just bring a toothbrush.

There are some lawyers who are exceptionally good at technical work, and do well in the more academic pursuits like challenging evidence and the like.  Those are great skills in some settings, but they are as useless in a probation violation as is a tennis racket in a football game.  In the context of a PV, the most important skill your lawyer can have is advocacy – the ability to speak for you and protect you.  Your lawyer must be charismatic and persuasive.  It is understandable that people will often go back to a lawyer they know, or have used in the past, but that sense of comfort alone is not enough; you need a lawyer who is so well-spoken he or she could sell snow to Eskimos.  Price is important, because you will almost never find top-notch representation at a bargain price, but paying a lot is not any kind of quality guarantee, either.  In other words, there are many lawyers who price themselves way too high for the level of skill they bring, so it becomes important to do things like read articles (like this) and “hear” the voices of various lawyers through their writings and otherwise be a smart consumer.  Check around.  Really, when you think about it, there is never a good reason to NOT do your homework and check around, is there?

Sometimes, in a probation violation, a person is accused of doing something that he or she didn’t do (like fail an alcohol or drug test), or of not doing something that was, in fact done (like attend a class).  In these situations, the facts matter.  Imagine, for example, that Donna the drinker is on probation and her color was called one day but she missed her test.  Of course, she should go and get an EtG as soon as possible, but even if she doesn’t, then there are probably other “facts” that can be used to support the idea she didn’t miss her test because she was drinking the night before.  Maybe she spent time that evening with someone, and then sat close to another person at work the next day, so that a letter from each can be properly drafted to at least circumstantially present evidence that Donna didn’t miss the test because she was drinking.  Or not.  And if not, then all Donna can go in and present nothing but an unsubstantiated denial.  The lawyer has to sit down with the client and go over the details to fully understand what facts are (and are not) in order to present the best case possible.

On the other side of the coin, sometimes we have to avoid the facts, especially when they work against us.  If Donna the drinker really was out drinking the night before and then miserably failed an alcohol test the next morning, we need to shift the conversation away from that specific fact and focus the Judge’s attention elsewhere.  Every child in the world does this to his or her parents.  Do you really think it’s a good idea to let the Judge just concentrate on the violation itself?  Of course not.  We need to do a little misdirection.  This is easier said than done, but it must be done.  When a person does something like drink or use drugs in direct violation of a probation order, it generally leaves the Judge to pick from 1 of 2 things: either you don’t care and don’t respect his or her order, or you have a bad substance abuse problem and cannot resist temptation.  Neither of those are very good.  Our job is to move the Judge’s attention away from the violation, and we do that by…

Giving him or her options.  For every way we can spin this, most of us, in private conversation about a violation, would say, “I f-ed up.”  The biggest tool in the Judge’s toolbox is the hammer, and that means jail.  This is really easy to understand.  If you’re the Judge, and you put someone on probation for something like a DUI, and a condition of that probation is that he or she cannot consume alcohol (that’s a standard condition, although most people don’t like it), and then the person comes before you for drinking anyway, you figure they either don’t care, and are essentially giving you the finger, or that they cannot resist the urge to drink.  In the former case, it would seem that your leniency wasn’t deterrent enough, so something stronger is needed.  The easiest tool to find is that hammer.  In the latter case, where it appears there is a serious substance abuse problem, it would seem that some kind of intense treatment is necessary.  In a situation like this, I’ll have my client see a counselor for a thorough, independent evaluation.  Most of the time, when somebody does use alcohol or drugs in violation of a probation order, it is neither a disrespect for the Judge’s order nor a symptom of an untreated and serious problem.  When we can demonstrate that, we can sensibly propose some short term counseling to address whatever other underlying issues there may be, like poor decision making skills, social pressure issues, or stress.  This, of course, is just one example of an almost infinite number of possibilities, but if you just stand there, and your best plan is to just ask (or even beg) the Judge to not send you to jail or into treatment, then you’re coming up way short.  You have to present the Judge with options.

If we’re honest, then it shouldn’t come as a surprise that who you are is also important.  A person with a good job and not much of a record looks like a hell of a lot better risk for another break than someone who is unemployed and has a long criminal history.  In the real world, there is this thing called social capital, and it means that you get to trade a bit on who you are.  If I walk into a fine restaurant at the same time as a famous athlete, guess who’s getting the better table?  Your age, education, job title are amongst the things that have a certain social “value.”  I’m not knocking anyone’s profession (my dad was a mailman, and and my mom a secretary, so it’s not like I came from some high place), but it’s just natural to cut more of a break, for example, to someone who works as an ER doctor and looks the part, over a tattoo artist whose latest hobby is stretching the holes in his ears as big as he can.  I’m not revealing any secrets here.  In that sense, we need to mine all the social capital you have for all its worth in a PV setting.  And that tattoo artist?  If he’s my client instead of Dr. Saveyourlife, maybe he does free or discounted reconstructive work for women after a mastectomy, or despite his scary look, rescues animals, or something like that.  That’s why I said we have to “mine” for any and all social capital we can find.

This is only a topical look at probation violations, but it does well for the points it makes.  If you’re facing a probation violation in any Wayne, Oakland or Macomb County court, I can help.  All of my consultations are done over the phone, right when you call.  If you’re looking to hire a lawyer and want my take on your situation, call my office.  You can find us ready to help, Monday through Friday, from 8:30 a.m. until 5:00 p.m., at 586-465-1980.